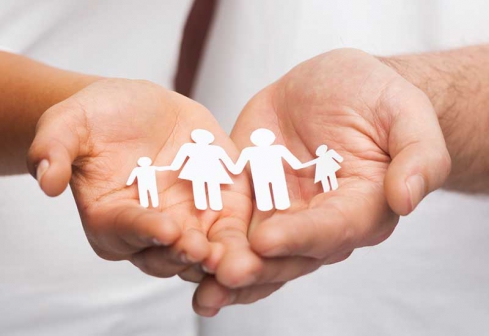 I was married for five years. For three of those years, my husband and I were in a long distance relationship since we lived in different countries. I could never wrap my head around the fact that we were married but couldn’t really be together. Once, I brought up the topic of ‘open relationships’ and he shot it down. He got upset that I dared bring it up. Back then, no one was speaking loudly about things like ‘open relationships.’ Today, there is a trend of people who choose to be together, while also choosing to be with other people.

That is the story of Shiro who has been married for seven years. During that period, Shiro has had several other partners. “I don’t believe any one person can satisfy another.” She admits there was a time she couldn’t imagine being with another man. But the spark between her and her husband died out.

“You stop seeing each other because you are so busy trying to raise good kids and rise in your career,” Shiro says. Eventually, they drifted to other partners. “I won’t lie, it can be difficult. I wish we would be more open about our other relationships. It’s like the yellow rhino in the room. But we are too scared to face it.” Shiro, 36, is a preacher’s daughter and despite her current choices, she still holds dear some Christian values.

She can’t imagine getting divorced and is sure her father would disown her if he discovers her lifestyle. Nisha, 28, doesn’t apologise for her way of life. When she met her husband, she was in an open relationship with another man. She admits she broke things off with her lover when her husband proposed to her. However, since she got married, both of them have been with other partners. Nisha is honest that she married her man because she knew he would make a good husband, father and provider. But the chemistry was not there.

“Sometimes he doesn’t do it for me. Sometimes he can’t satisfy me sexually and someone else has to do that,” she says, and adds that she is happy in her marriage but can’t put a ‘forever’ tag on it. Jennie agrees that no marriage should have ‘forever’ attached to it. Hers lasted for eight years. After their first baby, they slowly drifted apart. “I once heard him speaking on phone in a different tone. It was soft. He had not used such a tone in a long time.

“When I asked who he was talking to, he tried to brush it off, but I told him he should keep talking to her because clearly she was doing something for him that I hadn’t done in a while.” That was the beginning of their open relationship, she says. At first, her husband tried to keep his activities to himself but Jennie was always open about hers. “I just believed it is better if he knew. We had children. I wanted him to be able to reach me in case of anything.”

Do the three women believe in monogamy?

Nisha does but says people should be able to choose how they run their relationships without judgement from society. Jennie and Shiro do not believe in monogamy. “It isn’t natural. It’s like me giving my daughter several toys and then telling her she should only play with one,” Jennie says. All three women believe that the current relationship structure is a dictate of society. But on what grounds is society making its judgment? “I was married to a white man. If I had been born in South Africa, 30 or so years earlier, society would have put us in prison for breaking the law,” she says.

Fortunately, no one is imprisoned for being in an open relationship but the way the society delivers its judgement makes one feel guilty. Thus, many people hide their lifestyle choices or silently die in shame. We should probably accept that when it comes to two (or three or five) consenting adults, they should be free to choose how to handle their sex lives.

Most of the men Eve Woman talked to couldn’t admit they are in open relationships. All seemed to assert that no man willingly shares his woman. “The truth is, for most men, if you can’t satisfy your woman sexually or intellectually you feel like a failure,” says Joel. “If she is going somewhere else to get it, we would rather not know.” The men seemed to think, that most open relationships are suggested by women because, for a man, when he wants to ‘step out’ he will — and he does it so discreetly that if he is ever ‘caught’, he denies it.

“No man wants to discuss his affairs with his woman,” says Rick.

“And for sure, no man wants to imagine his woman is doing the same thing because he sees his woman as the mother of his children, the keeper of his home. We can’t imagine that someone else can take her away from us.” When challenged about men who are in open relationships, the men argued that for a man to accept such a relationship, it is because there is nothing more he can offer his woman. “Sometimes, it’s about his sexual prowess. Often, it has to do with his financial status,” Joel adds.

They say that the biggest risk for a man feeling forced to accept an open relationship, is that he can sit on the issue without processing it and then snap and either become violent or disappear completely. But for most men, an open relationship would definitely change how they relate to their woman. “I might choose to stay behind because of the children or for economic reasons, but I wouldn’t touch her again. We would exist as business partners,” Rick says.

ALSO READ: Confessions: Old flame is tempting me to finish my eight-year marriage

It seems many men do not like the idea of being in open relationships, but many couples are in such relationships and just have to put up a show for the sake of their relatives and children.

How to keep the fire burning long after saying ‘I do’