The downside of hosting a relative in your house in Nairobi 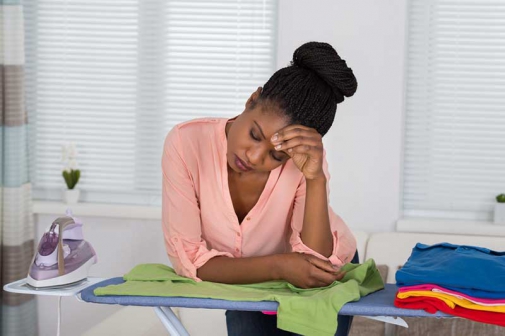 A colleague, let’s call her Janet, was recently lamenting about a niece who she had taken care of since high school. The girl completed university and luckily landed a good job.

Two months later and after seeing how she spent her salary on herself, the colleague asked her to think about her future now that she was earning her own money and to, once in a while, chip in something for the daily running of the house. Besides, the milk and juice she plucked from the fridge whenever she came home from work cost money. What if she also bought these items if she wanted to enjoy drinking them?

The girl hit the roof.

She sent text messages to friends and other family members about how the colleague was planning to ‘spend’ her hard earned money.

“She wants me to take up all household financial needs; kwani what will she do with her money?” she wrote in the terse message to several relatives including her father.

“I didn’t know my advice to this young lady was going to cause such havoc and even ruin some relationships. My brother, her father, doesn’t talk to me any more. He says I want to exploit his daughter,” Janet said forlornly.

Soon after, the girl packed her belongings and moved out while the colleague was out. She had no courtesy even to leave a note saying goodbye or even ‘thank you’ for the years the colleague had taken care of her.

Janet’s scenario is what many women – usually the ones who host family and relatives – go through in silence.

How do you handle a close relative you have nurtured until it is time for them to confidently fly? How do you discuss financial responsibilities without them feeling that you are demanding payback?

In life, everyone at some point is held by the hand and shown how to take the stairs. It is the same as weaning off people who have been dependant on you especially financially.

As soon as they get jobs, they should know that responsibility follows swiftly. It is you, the hostess, to sit down with such relatives and lay down the house rules – and your expectations of everyone.

Make it clear that you were supporting them because they were students but now that they are also earning a salary, you expect them to take care of some bills in the house.

Present the bills and duties. Let them choose what obligation they will pick up. Is it the electricity and water bills or is it meeting a fraction of the rent?

Also, do not host an employed person in your house for too long. Help them to start life on their own. After they are confirmed in their new job, explain to them that you expect them to start planning about living on their own. Advise them to buy basic items needed for one to move to a new house – bed, cutlery, seats; the like. Other furniture and luxuries can be acquired once they have moved out.

While they are acquiring these items, they must also honour the obligation they have committed themselves to meet such as paying electricity bills. It will actually be irresponsible on your part to continue shopping and paying bills as if that person were still unemployed.

As you plan to pass on some responsibility involving money to the employed dwellers in your house, it is good to note that most people will be happy not to touch their money as long as someone else is dealing with the bills.

While you think twice before spending Sh9,000 on an evening dress, these employed youngsters in your home will not hesitate to blow away Sh12,000 showing off to their friends.

Indirectly, you are the one footing this extravagance because you have not advised them how to spend their money and taking responsibility for their food, where they sleep, transport and electricity. You will find such people leaving the iron box on as they answer a telephone call for ten to 15 minutes. Why? Because they do not pay the bills, they do not feel the pinch.

If they move out and start paying for everything, you will discover that they were actually frugal – and very careful spenders.