Shame made me marry the man who raped me 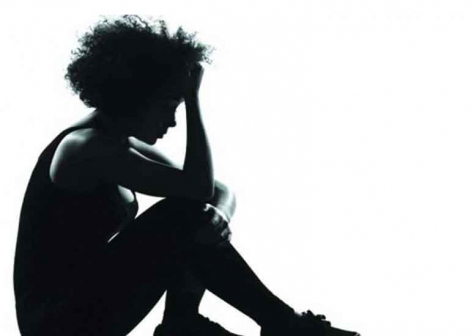 What happens when a rapist is someone the victim feels she owes gratitude to? Does the definition of rape change when a woman is on a date with a man? What happens  when circumstances blur the line between consent and rape? GARDY CHACHA had a chat  with one woman who narrated how shame, false hope and obligation trapped her into marrying the one man she hated

I had been raised by a single mother. I never got to know much about my father. He remains a mystery to date. Here I was, a school girl with a single bag and nowhere to go. Nobody knew where my mother had gone: not even our immediate neighbours.

I moved in with a Good Samaritan. The whole neighbourhood, on learning that I had been abandoned, helped with finances and gifts. When I went back to school I would be visited by these people. One man was among my frequent visitors. He would come carrying gifts. I appreciated that he and other people came to my rescue when my mother went missing.

The next year, I sat my last KCSE paper. It came with an array of feelings - accomplishment and some abandonment. I was 19. I was relatively free: an adult with some power to determine how I lived my life. I was just starting to experience life and its beauty and I was intent on carving out a path for myself.

Then a man asked me out. He was one of the men who had assisted me when my mother had left. The man was no stranger. I had known him since my primary years – as far back as Class 5. He was older than me. At the time, he could have been a father with little children crawling all over his house.

I had very little reason to think that he would hurt me. I didn’t think it would be ‘sexual’. At the back of my mind, this man just wanted to give me my first outing as an adult – having completed high school a few weeks to his bold offer.

Growing up, our paths would collide while I ran errands at the estate shop. I would ask him where his family was since he lived alone. He would jokingly say, “I am waiting to marry you.” I knew it was a joke – from the manner in which he said it. What else could it be?

As I blossomed through adolescence, the man kept saying he will marry me. To me, it was still a joke. Not only because he was way older but also because I had seen him go around the estate with women his age.

When he asked me out, I accepted. We would be in the company of several other people from the estate. I felt safe.

And so we went out. There was lots of alcohol. We drank. It was my first ‘freedom’ experience. I didn’t know if I was indeed drank or just sleepy.

At some point, I realised that everybody else had left and we were just the two of us: the man and I. The next thing I remember is waking up in a hotel room at 3 am – deep in the night – soaked in blood.

My eyes scanned round the room; trying hard to find a logical explanation as to what had just happened. Next to me the man lay with a smile of satisfaction on his face. I asked him if he could explain what was happening and all he said was, “I didn’t know you were a virgin.”

I was in pain. I was frightened. And the guilt in my head was too much. Simply put: I was ashamed of myself. I asked him to leave and he did.

At daybreak, when it was safe enough, I left for home – to my cousin’s. I lived with her after my mother left Mombasa for up country. My cousin had so many questions. All I said to her was, ‘it got late and I spent at a friend’s home’. Telling the truth would have been reliving the pain. I wanted to take the secret to the grave.

The first month came and went. So did the second. It is in the third month that I started vomiting and experiencing morning sickness. My cousin told me I was pregnant. I didn’t believe her because I had never been pregnant before and certainly didn’t know how pregnancy felt. Also, how would I be pregnant when I wasn’t having sex?

In the end, at a hospital, it was confirmed that I was carrying the rapist’s child. I was devastated. I had been a ‘good girl’. Now everyone was going to look at my growing tummy and say I was a ‘bad girl’.

This was not how I wanted to lose my virginity. It was not how I pictured my first sexual experience. I did not even know if I ever wanted to be a mother. But this was my new reality.

The man who raped me suggested that we move in and live as husband and wife. I wanted to shoot him dead for even thinking that we could be husband and wife. But I didn’t attack him. Instead, I accepted his proposal.

It made sense because it would be better giving birth as a wife than giving birth ‘at home’. I needed to spare my mother and folks back home the shame. Also, I didn’t want to be known as the girl who gave birth out of wedlock.

Being married ‘to the man who raped me’ was the worst experience in my life. Sex with him never felt right. It was just like being raped all over again. I would endure the torment for nearly two years.

Within me, something hoped that I would actually grow to love the man. He was going to be my child’s father. I could forgive him and just forget that what happened was a mistake and life would get better.

I gave birth to a son in 2010. The strife between us was palpable every minute of our existence. Then a day came, when, in a fit of rage, I told him that we were not husband and wife; that there was nothing I felt for him; that I didn’t love him and I would never love him. He would unleash his fists on me – making a punching bag out of my body.

I took off and travelled back home to Embu where my mother was. I went back to school – to get a college education as my mother offered to watch over my son.

Later, my mother died. My rapist’s family went home to pick my son and I was forced to let his family have custody. I couldn’t stop it because I was in no position to stand my ground. I was allowed visits.

I later learned that during that holiday years back when I had come home from high school to find our home locked, my mother had left to start a new life with another man. She returned home after the relationship failed to work. I was furious at her. We would fight about it and exchange very unpleasant words. But I forgave her and we made peace.

It has been eight years since the rape incident. I am moving on. However, I have not forgiven the man. I don’t think I will forgive him: not in a million years.

Note: The woman interviewed in this story supplied her real name and consented to photographs but Eve chose not to reveal her identity to protect her child.

Proving a case against date rape is difficult

The definition of rape, in Kenyan law, hinges on one word: consent.

“If it is not consensual, it does not matter whether the victim is a girlfriend or a wife to the villain. It is rape,” says Rose Mbanya, a lawyer at R.W.Mbanya & Co. Advocates.

For the woman in our story, Mbanya says, it is further strengthened by the fact that her ability to give consent was interfered with through alcohol – or the possibility of a laced drink.

“This is called date rape: where the perpetrator – willingly or unwillingly – impairs the ability of the victim to agree or not agree to be party to a sexual activity,” Mbanya adds.

That would be the good news. The bad news is that litigating a case of date rape is harder than an outright attack by a random perpetrator. In the court of public opinion, it may even be harder for her to prove that indeed what happened to her was rape.

Halimu Shauri is a professor of Sociology at Pwani University. He says: “The burden of proof is difficult: because, one, at 19 she is an adult. And two, she was invited out by a man, a potential mate, and she willingly accepted.”

Halimu says that in every human-to-human interaction there is an unwritten social contract. Shaking hands, he says, is a contract, “where a person extending a hand is asking, albeit non-verbally, for the other person to agree with them and shake their hand.”

In the same breadth, accepting a person’s invitation for a date is agreeing to a social contract.

Halimu argues: “When a man asks a woman, ‘go out with me’, that statement should not be taken at face value. In it, there is an unwritten social contract, stipulating that the man will get something back in return. Ask yourself, why did he ask a particular woman out and not any other woman? Why is he spending his money; on transport, on food, on drinks, and so forth?”

In the end, Halimu says, the law supersedes social contracts.

However, he says, it is important for ladies to question what social contract they are agreeing to when engaging others in the society. Especially in a conservative society as ours (in Africa) where traditionally rape was normal.

“The Pokot, today, still practice a culture where men fight with sticks and the winner takes the girl – whether the girl is in agreement or not.”

Because of this kind of culture, men who commit rape crimes are indifferent as to whether they are committing an offence or not.

Mbanya agrees with Halimu that a date rape case makes burdens of proof difficult upon the victim.

It is precisely because of culture that this victim wanted to keep the crime to herself, says Catherine Mbau, a psychologist.

“It is normal for the victim to feel guilty. Our society, when such a thing happens, tends to put blame on the girl. She was just trying to protect herself,” Catherine says.