﻿﻿ Evewoman : Beryl Wanga- Deliver us from the hell of encountering spoilt brats ​
​

Beryl Wanga- Deliver us from the hell of encountering spoilt brats 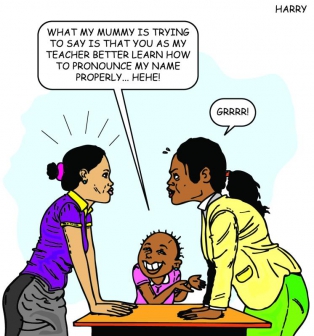 Have you ever looked at some parents and pitied children under their care? At the beginning of the week when our beloved children were preparing to go back to school, one parent was busy calling fellow parents who have children in the same class as her son, asking to be sent assignments. Apparently, her son, who is in Form Three in a boarding school, had not done any of the assignments they were given when schools closed.

She took it upon herself, two days to the opening day to ask for the assignments. The terrible bit is that she was asking not for the questions but the answers as well. She kept calling my friend asking her to e-mail her a screen shot of her son’s complete assignments. This friend of mine was about to do just that but I discouraged her from it. Why exactly should a parent sit back and relax until the last minute then bail their children out of trouble?

This boy will be sitting his national exams next year and the mother is still holding him in her palm like an extremely fragile egg. I flashed back to my days in school when my mother would ensure we had done all assignments the first week of the holidays.

I remember vividly, she did not even understand some of the assignments but she made sure every assignment was complete whether correct or not. She did her part as a parent and left the rest to teachers.

Even in her lack of knowledge when it came to Mathematics, she made sure every question had an answer below it. She even made fun of herself as she looked at our Mathematics assignments claiming we were taking advantage of her poor skills to confuse her with numbers and claim we had done all the calculations.

We are eight of us in our home and she single-handedly checked all our assignment books within the first week of our holidays. We had to complete all the assignments before we were allowed to watch TV or play outside. If my mother could run up and down eight stubborn children checking things she did not even understand and making sure we were up to date with our assignments, who was this mother with only one child to sit back and erode her son’s education?

Is it because of the ‘Career women’ we have turned ourselves into? These hardworking teachers take great care of our children for three months; is it so hard for us to maintain what they are taught in school for a month that we end up undoing everything the teachers have struggled to do for three months?

If a parent can help their children to copy someone else’s assignments, what kind of children are we bringing up?

During our days, if you failed to complete your assignment in time, your parents would not pity you at all. In fact, they would accompany you to school and personally report you to the respective authorities after which they would help them deal with you accordingly.

These lazy parents who misguide their children are the reason we have so many spoilt brats in the name of children. As if I had not seen enough with the assignment issue, I happened to witness a parent shouting at a teacher right in front of students this very week as students were reporting in a certain school. The parent was angry because the teacher pronounced the ‘R’ in her daughter’s name.

The daughter’s name is Dorcas and according to the parent, the ‘R’ is silent. It caused commotion at the reception as other students scrambled to have a glance at the teacher and giggled!

These are some of the 21st century problems. Dear parents, if you want the ‘R’ in your child’s name silent, omit it from the word go! This is Africa, wake up and smell the coffee! Dorcas is not a new name for you to teach us how to pronounce, it has been here since my great-grandmother’s time. Silencing the ‘R’ will not make your child prosper in life! Her hard work and determination will.

Parents, let’s not be the reason our children fail in life!