How to detect and treat colic in your child 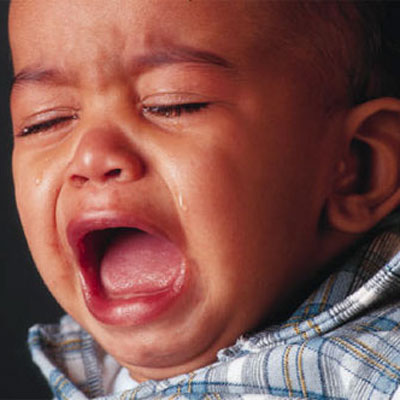 Colic is crying in a baby that lasts for longer than three hours a day and is not caused by a medical problem. It occurs in almost all babies to varying degrees. Infantile colic typically begins at about two to three weeks of age, reaches its peak at two months, begins to subside by three months, and is gone by three and half to four months of age.

But the frustrating fact remains that there is no one proven cause of colic. It is generally believed that if one or both parents were colicky, their baby is more at risk. The crying begins suddenly, often after feeding, in the late afternoon or early evening, just when parents are most exhausted. The babies hands may be in a fist, the legs may curl up, and the belly may seem swollen. It often winds down when the baby is exhausted, or when gas or stool is passed.

Causes of colic include stomach/intestinal gas, the overwhelmed and over-stimulated baby that becomes exhausted and gut muscle spasms. Over 85 per cent of colicky babies have no evidence of serious intestinal abnormality. Some babies cry from hunger, others from overfeeding while some cannot tolerate certain foods or proteins in breast milk or formula. Some babies may be sensitive to proteins in milk formula. Switching formulas may be important for some babies. If you are breastfeeding, avoid stimulants such as caffeine and chocolate. Try to avoid dairy products and nuts for a few weeks, as these may be causing allergic reactions in the baby. There is no evidence that a breastfeeding mom avoiding broccoli, cabbage, beans, and other gas-producing foods reduces possibility of colic in a baby. When a mother is worried, anxious, or depressed, babies may cry more.

There are no complications of colic. Infants with colic eat well and gain weight normally. Comforting your baby helps to relieve colic. Some babies like to be wrapped tight in a blanket, while others prefer to be free. Gently rocking the baby is calming and can help the baby pass gas.

Singing lullabies to your baby can be soothing. Holding your child in an upright position helps move gas out of the body. A warm towel or warm water bottle on the baby's stomach may be soothing. If you breastfeed, you might reduce colic by allowing the baby to finish the first breast before offering the second. Your doctor may prescribe simethicone (for example Infacol) or Bonnisan drops to relieve colic.

Confessions: I am lonely and my son needs a father figure 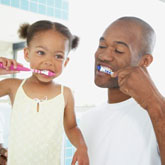 How to prevent your child from getting fluorosis 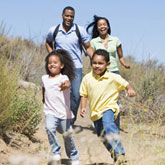 How much exercise does your child get? 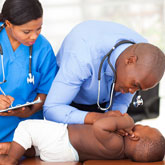 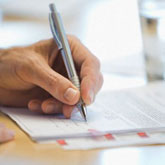 Hand preference is determined by genetics