Your marriage after baby 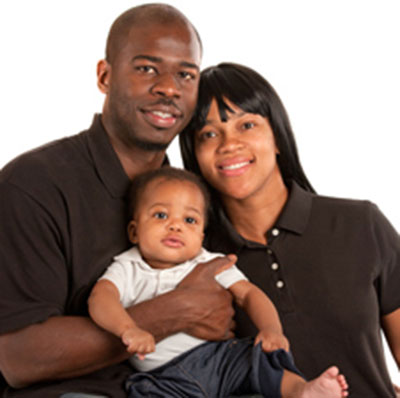 Most of us grew up indulging in marvelous fantasies of marrying a handsome prince or beautiful princess. The adverts we heard and saw told us that all we needed to do was to use a certain toothpaste. Voila! The right person would instantly appear on the scene, and we would fall madly in love. Soon we would have perfect, charming babies. No one ever suggested that life would get complicated. One had the least realistic preparation for the most demanding job of all.

ALSO READ: Seven things divorced women wish you knew before saying ‘I Do’

And the beautiful young princess knew she could handle marriage. She felt certain that she knew what marriage and raising a family were like. She’s seen it a million times on television. Every romance novel told the story of getting married and living happily ever after. But soon after the dream began, a nightmare was brewing on the horizon. By the time baby number one arrived, their relationship with each other was deteriorating. Married life began with such high hopes and with a tender song in their hearts! So now, how could the big question loom so high in their path: Why is our marital satisfaction continuing to sink throughout the child-rearing years?

The level of marital satisfaction plunge to the halfway point by the time a couple has children. Happiness continues to decline for families with children and reaches its lowest ebb when the children are in their teen years.

Couples need to spend as much time and effort in preparing for marriage and parental roles as they do for their lifework. So it is important that couples identify and understand the stress and disruption of the marital relationship at each stage.

The sudden drop in marital satisfaction immediately after marriage is because most couples are ill-prepared for the adjustments marriage life requires. Often romantic dreams have blinded them to the many realities that newlyweds must face. But why does the presence of children also decrease martial satisfaction?

Children are a blessing. But the couple must feel secure in their own relationship with each other before bringing a child into their lives. A couple that thinks the presence of children in their family will cement a shaky relationship does not understand the dynamics of life. Children complicate relationships. In fact, having a child in the first two years of marriage doubles the chance of divorce.

In most cases, the average couple is completely unprepared for the demands of parenthood. This lack of training creates worry and stress that most young couples are not prepared to handle. They spend the nine months of pregnancy purchasing all the darling baby clothes and furniture necessary to welcome the little one into the world. If they receive any training at all, it doesn’t touch on how to nurture and train a baby once it joins the family.

The suddenness with which parental responsibilities are thrust upon a young couple accentuates their lack of preparation. During the honeymoon a young couple can gradually learn about each other. When an infant arrives on the scene, there is no opportunity for gradual acquaintance. Therefore, a crisis situation dominates the marriage scene. The husband-wife relationship now competes with the parent-child relationship for time, affection, and caring. Husband and wife now grope about as they try to reorganiae their relationship with each other.

The answer to this dilemma is a lot of preparation for both marriage and parenthood. Knowledge alone will not solve all the problems connected with these adjustments, but it certainly will go along way in helping intelligent couples deal with the realities before they hit.

Seven things divorced women wish you knew before saying ‘I Do’