Passing on the keys out of poverty 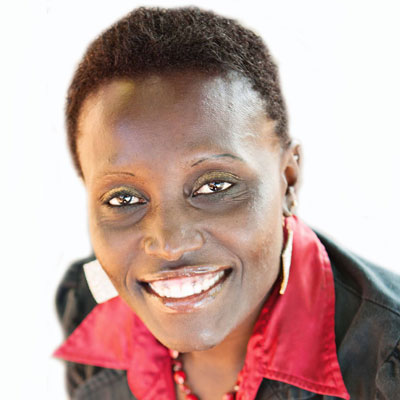 When you first meet Esther Ngumbi, you will be forgiven for thinking that she is just another ordinary woman from Kwale County. Esther’s simple demeanour belies the fact that her passion to give back to the community has won her recognition not only inside her country, but beyond this nation.

Currently, a researcher at the Entomology and Plant Pathology Department of Auburn University in the US, Esther was named by One World Action as one of the 100 powerful women who change the world.

Her passion is what pushes her to travel back regularly to equip her community with the knowledge and skills she has gained.

“I am passionate about issues related to hunger, gender, education, youth activism and sustainability. I am an advocate for all efforts aimed at ending hunger in our lifetime . . . I’m also a motivational speaker. I have given talks in the universities of Alabama, Auburn and North Carolina, among others,” says Esther.

The high flier has been involved in several initiatives, including the Clinton Global University Initiative and Universities Fighting World Hunger. She is also a co-founder of ‘Young Thinkers Kenya-creative and innovative towards sustainable development’, a programme that engages Kenyan secondary school and university students in solving problems affecting their communities.

Esther describes her achievements as an elusive dream come true. “When I received my doctorate degree in Entomology in August 2011, I became the first woman from my community to get a PhD degree. I thought of the many children in my community, from other Kenyan communities and the rest of the world who had the potential to be scientists like me but lacked the opportunity and made it my mission to help them achieve their goals.”

She says it is only through education that poverty can be eradicated in the society, so she tries to help as many children as she can to attend school

“I believe that my PhD prepared me for more noble work in Kenya, Africa and the rest of the world. I want more people to have such an opportunity.”

As part of this initiative, in 2012, Esther established a primary school, Faulu Academy, in an impoverished part of Ukunda.

“In the beginning, there were only ten children and they studied in a mud-walled classroom, but I was happy to know that I had started giving back to society,” she recalls.

Today, the school has 70 pupils, enrolled in Class One to Five. Esther says she derives great satisfaction from seeing vulnerable children given a chance to make something of their lives. She says getting an education is the first step to having a bright future.

To help students make the most of the opportunities they have, she began a mentoring programme called Wise Partnerships. Through this initiative, Kenyan girls interact with female students from Auburn University. The fruits of the mentoring programme were born when her students emerged the top girl from Kwale County in the 2013 Kenya Certificate of Secondary Education (KCSE) exams.

Another of her projects is Spring Break Kenya, which encourages Kenyan students to get involved in community service during their breaks from school.

Serving others through passion has opened doors to many other things. For instance, Esther has been invited to a community leaders’ briefing series at the White House. She has also been recognised as a finalist for 42nd Bill Clinton Global Leadership Award, and has attended meetings with dignitaries, including US President Barack Obama, former Secretary of State Hillary Clinton and several African presidents.

Through these activities, she says, she has learnt how to be of better service to other people, as well as how to be more effective in outreach, and preparing herself for her future as a society role model and mentor.

She says the hurdles she went through in her childhood prompted her to work hard in her studies, achieve as much success as she could, and give back to the community.

“My early years were not easy. We were poor and I grew up going to the farm, walking every day to and from school, and then coming home to perform chores like fetching water and firewood and preparing meals for the family.

“The struggles of that time made me determined to not only live a better life, but to help others who are poor and vulnerable.