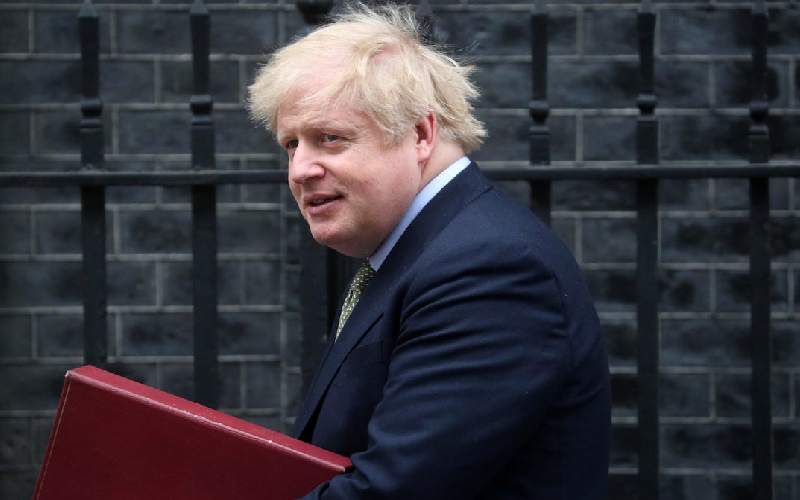 British Prime Minister Boris Johnson has been taken to an intensive care unit as he battles coronavirus, Downing Street has confirmed.

The Prime Minister, who is conscious, was admitted to St Thomas' Hospital last night, and his condition worsened today.

The 55-year-old has now been moved to the Intensive Care Unit of the hospital.

Foreign Secretary Dominic Raab - who earlier said the PM was in "good spirits" - has been instructed to deputise for Mr Johnson.

A statement from Downing Street said: "Since Sunday evening, the Prime Minister has been under the care of doctors at St Thomas’ Hospital, in London, after being admitted with persistent symptoms of coronavirus.

"Over the course of this afternoon, the condition of the Prime Minister has worsened and, on the advice of his medical team, he has been moved to the Intensive Care Unit at the hospital.

"The PM has asked Foreign Secretary Dominic Raab, who is the First Secretary of State, to deputise for him where necessary.

"The PM is receiving excellent care, and thanks all NHS staff for their hard work and dedication."

Mr Johnson, 55, last week insisted he was feeling better, but insiders said the disease "had really slammed him".

As news of his condition worsening broke, Labour leader Keir Starmer wrote on Twitter: "Terribly sad news. All the country’s thoughts are with the Prime Minister and his family during this incredibly difficult time."

In this afternoon's press briefing Mr Raab said Mr Johnson was being "kept abreast" of developments.

But he said he had not spoken to the Prime Minister since Saturday.

Number 10 had said Mr Johnson was leading the government from his hospital bed, having been taken in as a precaution.

He tested positive for the virus on March 26.

His pregnant fiancée, Carrie Symonds, 32, has also been suffering with coronavirus symptoms and spent the past week in bed.

Insiders said the virus - which has killed more than 5,000 in the UK - hit the PM "like a sledgehammer" despite his efforts to put a brave face on it.

Pressed on why Mr Johnson is sick enough to be in hospital but well enough to be running the country, Mr Raab said: "That's something he will decide on the medical advice he's received from his doctor."

A report earlier this evening in the Financial Times said efforts were being made to lessen the Prime Minister's workload.

In a statement last night, Number 10 said: “On the advice of his doctor, the Prime Minister has tonight been admitted to hospital for tests.

“This is a precautionary step, as the Prime Minister continues to have persistent symptoms of coronavirus ten days after testing positive for the virus.

“The Prime Minister thanks NHS staff for all of their incredible hard work and urges the public to continue to follow the Government’s advice to stay at home, protect the NHS and save lives.”

Shadow health secretary Jonathan Ashworth tweeted: "Tonight we're all wishing Boris Johnson well for a swift recovery. I know the NHS will be truly brilliant in caring for him and I again send my very best wishes to his family.

Previous article
Fines paid by players and clubs to go into coronavirus fund
Next article
Pregnancy made me hate my husband's voice, cooking