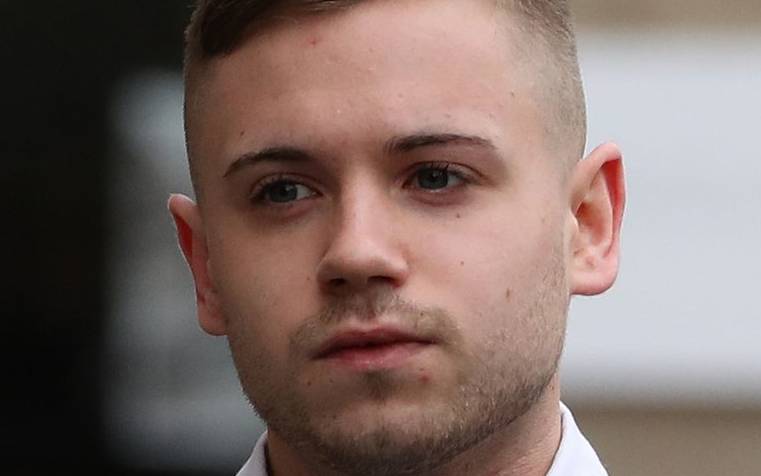 A teenage dad who shook his three-week-old daughter to death has been jailed for eight years.

Haining, who is now 21, was sentenced at the High Court in Edinburgh today.

He was originally charged with murdering his daughter, however, the Crown accepted his guilty plea to the lesser offence of culpable homicide.

I survived gang rape, stabbing and being run over by a train

The little girl died following a fatal attack where her head was struck against a door.

Haining had made internet searches for "what happens when a newborn is shaken hard" before he fractured the skull and ribs of his child two years ago.

The tot also suffered bleeding and damage to the brain as a result of the attack.

During the trial advocate depute Michael Meehan said the child's mother Shannon Davies had moved in with Haining the previous year.

Mr Meehan said that in the two days before the baby met her death she was unsettled and crying more than usual.

Mikayla was put in a Moses basket in the living room at the family home and her mother went to bed, with Haining staying with the child to try to settle her.

In the early hours of the morning the mother went downstairs and looked at her daughter who appeared to be sleeping before going back to bed.

Haining later sent her a text saying: "Babe sorry to bother you where is Mikayla's thermometer."

He then woke the mum up and asked for the thermometer as he said the baby seemed cold.

They both checked the child's temperature and Haining told her she had woken up and taken a little mil.

The mother went back upstairs, but Haining woke her again and asked her to take the baby's temperature again.

Later after 5 am the mother was woken again by Haining shouting that Mikayla had stopped breathing, and he told her to call 999.

Paramedics attended and the baby was taken to Raigmore Hospital, in Inverness.

A CT scan was carried out on the child which revealed widespread bleeding to the brain.

In a Gazette notice dated October 14, 2019, the CS picked the ex-legislator for the job triggering reactions from Kenyans.