The Choma Na Ngoma festival was all the hype over the weekend. It started as an afternoon that turned into an incredible heart- warming evening of entertainment from some of the best homegrown music talent.

With big names on the list ahead of the Dday, including Nyashinski, Khaligraph Jones, Sanaipei Tande, H_Art the Band, Nadia Mukami, Mejja, Exray, Ssaru and Mbuzi Gang; there was the promise of memorable performances from some of our favourite artistes.

It was not just about the musicians but also the thrill of top emcees and radio hosts from Radio Maisha, the Standard Group PLC brand behind the bonanza.

The event took place on November 5 at the Carnivore grounds, kicking off as early as 12 noon with vendors and partners showcasing their offers.

Performances began as the evening approached around 8.30pm.

Next, popular rap artist Exray took to the stage, later inviting Odi wa Muranga on his set. SSaru performed after that, followed by Sanaipei Tande, who serenaded the crowd with some of her chart-topping tracks, from the throwbacks to her recent work.

As promised, there was a surprise appearance, and that was the lang’ata MP and media personality Jalang’o. His presence was a show of its own, and he drove attendees wild with his antics.

“There are people who say that since I became an MP, I forgot how to emcee. Let me show you that I still got it,” Jalang’o said, before continuing to hype the crowd.

At this time, Carnivore Grounds was getting more and more packed. There was tight security all through, especially at the entrances.

He introduced the next performer, singer Nadia Mukami, praising her as “the most beautiful Kenyan artiste.”

It was a show that perhaps the two are on good terms now since they went through a rough patch early in the year after the former comedian and lawmaker revealed to the public that the singer was pregnant.

Nadia wowed fans with performances of some of her top hits, including Kai Wangu, Pete Yangu, Radio Love among many others. At one point, Sanaipei Tande joined Nadia on stage.

Rapper Mejja came in next, with an electrifying act of his own. He carried his signature tumbler for the show and brought the crowd to life instantly. He, too, gave a cocktail of throwbacks and recent tracks.

Another notable act was that by Khaligraph Jones, who kicked off his performance by saying that “Kenyan music should go international” and that he would “give an international-standard performance.”

H Art the Band graced the stage, and they invited Cedo on stage for a surprise performance. He gave fans a taste of music from his recently launched album ‘ceduction’, showcasing his undeniable prowess.

“We have always loved to give our fans the best of showbiz treats and this will not be exceptional. Coming after the release of our new album, everyone should expect a fired-up show,” H_Art the Band promised ahead of their performance.

Nyashinski’s was one of the final performances, and the headline of the evening. He kept attendees captivated by taking on some of his biggest songs.

The major musical festival was attended by Standard Group CEO Orlando Lyomu, as well as other top officials of the media organization.

“Choma Na Ngoma has become one of the biggest concerts on the Kenyan events calendar. We have offered Kenyans a beautiful musical experience commensurate with the African contemporary sound you hear on Radio Maisha,” Tom Japanni, the Standard Group PLC General Manager, Radio Products said.

He added: “Apart from the live music, the mouthwatering nyama choma and assorted beverages, we ensure the highest form of security around the festival. The concert cements Radio Maisha as the favourite station in the country. This has been confirmed by listeners who have voted for the station as the People Choice station at the KUZA Awards, four years in a row.”

The concert lasted for over 12 hours with non-stop-stage performances, taking the audiences on a musical journey.

“This concert is an opportunity for us to make merry and interact with Kenyans as we close the year in style. This year we are lining up only Kenyan artistes in line with our corporate support for the local creative industry,” said Japanni.

“We have a gaming village, face painting, body art, pool and PlayStation, and lots more throughout the day. This year we are proudly sponsored by Samsung, Uber, Festive, Safaricom and Johnny Walker,” said Nancy Kihenia, the Standard Group PLC Head of Events. 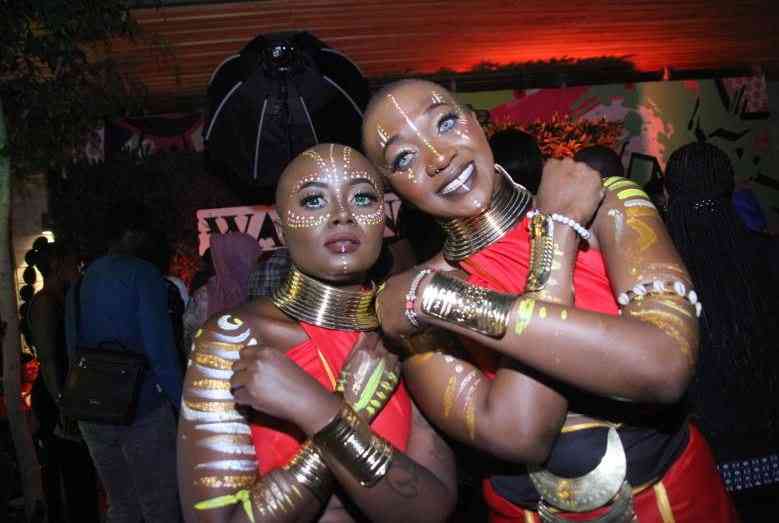