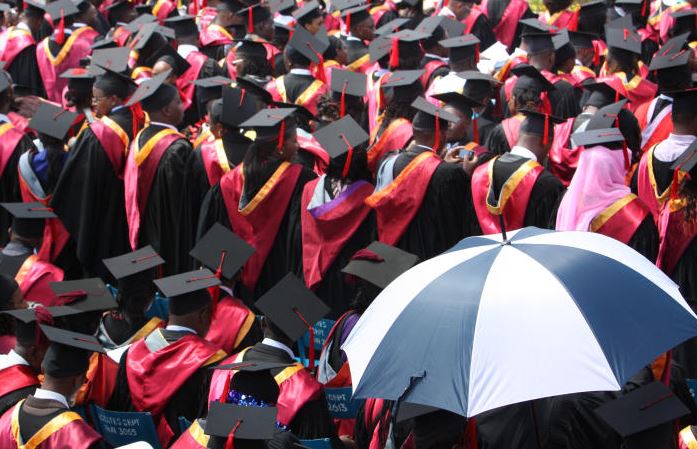 Public universities are sinking in Sh40 billion debt frustrating their efforts to sustain operations and quest to offer quality education.

It has emerged that the universities need another Sh52.8 billion to complete projects.

And even with the huge financial requirements, the universities have been unable to meet their side of bargain of collecting their projected internally generated funds.

Unable to sustain their bloated staff, remit billions of shillings towards statutory deductions and streamline their academic programmes, public universities are in a mess.

The National Treasury now says that it will not help universities plug their deficits for failing to collect internally generated funds.

And now, focus turns on the Cabinet– as the only hope– to make radical decisions that may pull the universities from the deep financial hole.

Collectively, these issues have led to workers strife, poor quality of education and stalled projects that are an eyesore in the institutions of higher learning.

The details were laid bare when Ministry of Education and the National Treasury officials and Vice Chancellors (VCs) appeared before the National Assembly Education Committee chaired by Florence Mutua.

“The total amount owed by September is about Sh37.3 billion most of which is due to Kenya Revenue Authority,” reads VCs memorandum to MPs.

The VCs debt details however differ from data at the National Treasury, with Principal Secretary Julius Muia putting the debt at Sh32 billion.

On pensions, VCs had indicated that since 2010-2013 CBA, universities have been unable to remit about Sh3 billion.

Treasury Director of Planning Samuel Kiiru however said the pensions component alone is about Sh10 billion, inclusive of CBA arrears. “I know of a university that owes pensions to the tune of Sh3 billion,” said Kiiru.

Data presented by universities revealed a monthly payroll and capitation short fall of about Sh1.4 billion. “At the moment the monthly capitation provided through recurrent grants is not adequate to meet payroll requirements for the majority of public universities,” Vice Chancellors told MPs.

Staff data has also been incoherent among universities as it was revealed that numbers presented by the VCs to various government agencies are inconsistent.

With the inconsistency, MPs queried data used by the Treasury to allocate monies to universities.

The Treasury pointed fingers at the universities’ failure to collect money they project to be generated internally.

“The money they have been expecting to collect internally has been falling off the target and the casualties become the statutory deductions,” said Kiiru.

PS Muia faulted universities for failing to collect appropriations in aid (AIA), yet it is based on their own projections.

“The AIA that universities have been budgeting themselves they have not been collecting it. And that is part of the problem that we have,” he said.

The PS said the Treasury cannot release money to cover universities inability to meet their obligations.

“We cannot release money which is AIA which should have been collected because we have released everything that government had budgeted for and Parliament has appropriated. There is need for us to call a spade a spade,” said Muia.

He also faulted universities for coming up with several projects, which they cannot fund.

“These stalled projects are budgeted for by the universities. As Treasury we do not create a budget for any ministry and going forward if they don’t collect AIA the projects stall,” said Muia. Overall, the Ministry of Education is sagging under the weight of incomplete projects worth Sh200.7 billion.

These include several Technical Training Institutes, capital projects in universities and some in the semi-autonomous government agencies.

He however, admitted that universities are facing hard times with changing tides of funding by the Government and reduced appropriation in aid.

“The survival of universities depends on the resource mobilisation from development partners and other creative sources,” said Nabukwesi.

The PS however called for urgent review of the funding structure, which presently gives the universities recurrent capitation of 60 per cent of as opposed to 80 per cent.

“It is recommended that capitation needs to be raised to 80 per cent of Differentiated Unit Cost which translates to Sh15 billion,” Nabukwesi said.

The heavy financial need has now pushed VCs to pitch for fees increase from Sh16,000 to Sh48,000, as one of the options to plug their deficits.

“Let it go on record that we are opposed to this programme and we need a review,” said VCs committee chairperson Geoffrey Muluvi.

Pushed to the wall, individual universities have also resorted to directly pitch for additional funds from the Treasury, as some are unable to pay staff salaries.

In their presentation, VCs proposed setting up a special fund to bail out public universities even as resources are provided to meet payroll demands and operations.

Overall, VC want the debts written off, more money allocated and they be allowed to lay off staff to stay afloat.

MPs are also pushing for the debts to be written off to cushion the institutions.

“We have advised the Ministry of Education accordingly. We have said that the best way to sort out these weighty matters is through a Cabinet paper which they send to us and we forward to the Cabinet for approval,” said Muia.

This is amid renewed efforts by the Ministry of Infrastructure to ensure that local contractors play a central role in key projects.