Politicians must not hijack BBI to engage in 2022 poll campaigns 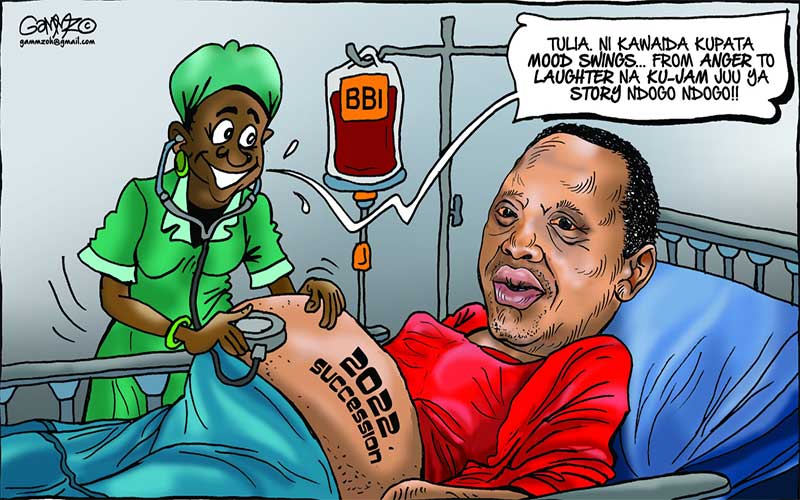 The Building Bridges Initiative (BBI), a fruit of the Handshake between President Uhuru Kenyatta and former Prime Minister Raila Odinga should not be used as a campaign tool. Nobody should take advantage of the process meant to unite Kenyans and confront what ails the country, to further their political interests ahead of the 2022 elections. Politicians from different formations seem to have taken over the process and turned it into a political weapon. The danger is the possibility of the initiative achieving the exact opposite of its intended goal.

As politicians crisscross the country, BBI is being used as an end to the 2022 contest. The avid supporters and opponents of the initiative are campaigning even as the bridges that were to be built are pushed to the periphery. How unfortunate. The country needs a candid conversation with itself to find ways of treating the ailments like tribalism, corruption and poverty that have refused to go away. However, looking at what is happening and the numerous political rallies being held, the initiative could become a tool that will be used to propel a clique to power instead of uniting Kenyans. Should that happen, then no meaningful healing will be achieved as citizens desire. This is the time for leaders to stop empty talk and allow Kenyans to soberly debate the contents of the report before they can decide on the way forward. Instead of the agenda being set by the politicians, people should be at the centre of it all. What is happening now is that the political class seems to have taken over with its sinister motives.

If these selfish motives are not controlled, then even after 2022, we might find ourselves in the same, or worse position, facing the same or worse challenges. Kenya has had far too many pilot projects which have drained resources and failed to achieve intended objectives. BBI must not be another one of those projects. But this will only happen if selfish politicians are not allowed to make a mess of it.