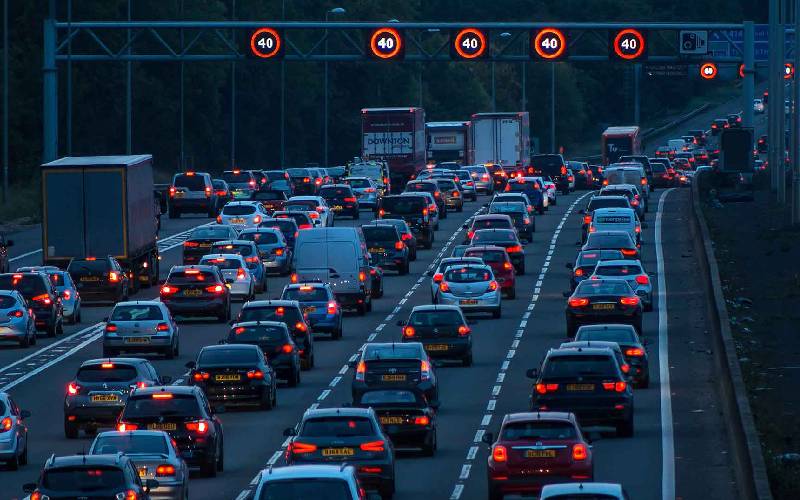 Motor vehicle ownership in Kenya has been rattled by a most worrying report of theft, connivance and careless handling of the all-important number plates. In a chilling report carried by our sister publication Saturday Standard, your car can be stolen, cut into parts and made to disappear in just under two hours. The import of this is huge and should worry every Kenyan.

All Government agencies must now act fast to reign in on greedy State employees colluding with racketeers to clone vehicle registration numbers. The effects of this crime, purely fuelled by greed, have been experienced in a monumental scale.

Motor vehicles in Kenya are not mere status symbols. They play an integral role because mobile assets can be liquidated at times of need by their owners. Their integration into the transport sector through registration also provides the Government with the much-needed revenue in form of various taxes, which enable the Government to provide quality services to its people and pay salaries to public servants.

When the vehicle registration system is compromised and the documents supposed to validate ownership are undermined, this has a ripple effect in many sectors including insurance and financial institutions. Needless to say, the owners who can no longer prove ownership, are left counting losses and police cannot trace criminals in car-related crimes or simply those fleeing from the law.

Dusit complex, a year on after bloody attack

Given that motor vehicles are the wheels which literally drive the country’s population and their goods, compromising their registration poses potent national dangers. As was recently witnessed during the terrorist attack at dusitD2 Hotel, criminals were handed the means to travel around the country planning their evil acts without fear of detection.

Ultimately, using cloned number plates the criminals were able to smuggle weapons into the country, which were used to kill and maim innocent Kenyans. Had those entrusted with the registration of motor vehicles been more vigilant, it is likely the suspects would have been detected or stopped before executing their attack at 14 Riverside Drive. As demonstrated by the exposé, this matrix is further being compounded by gangsters who have devised new ways of circumventing security devices to steal cars which are never recovered.

That a car can be snatched from a parking lot during a church service, wedding or burial, be dismantled in a record two hours even before the loss has been recorded by the police, point out to a weakness in our systems, which create an environment conducive to the vice.

Hard questions are also begging answers. How can it be that people licensed to run garages, which specialise in dismantling cars or importing old vehicles for spare parts, are allowed to operate without close monitoring by the authorities?

The country should have laws that make it very painful for a person to be found selling second hand parts from stolen or canibalised vehicles. It is also time close attention was given to dealers of these second hand parts; for some are importing motor vehicle parts which are later re-assembled and registered afresh using particulars of cars that have been written off after accidents.

It is apparent the multi-million shilling new plant for making digital car number plates installed at Kamiti is not yet in use, otherwise the cloning of numbers plates would have been eradicated.

Still, there is need to end the chaos being witnessed on our roads where fake number plates have been used by unpatriotic State officers with no regard for the pain and the mess they are creating in the country. By cleaning this mess, Kenyans will have more confidence in their institutions, and the country will regain honour in the international community for it will no longer be used as a haven for vehicular crimes.

Finally, it is the hope of every Kenyan that implementation of the much-talked about National Integrated Identity Management System will incorporate digital registration of vehicles to tame cloning.

How Saturday standard newspaper will look like on 11th July 2020

The decision is discretionary for non-Muslim schools. Unacceptably, individual schools will decide whether, or not, to effect the ban