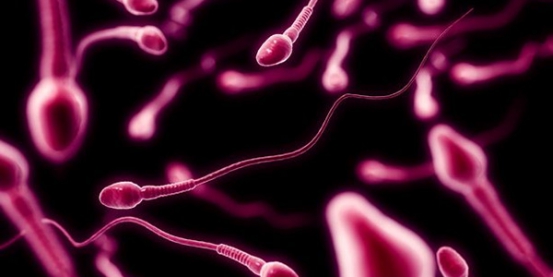 A man thought to be Britain's most prolific sperm donor has fathered an unbelievable 800 children after selling his semen for £50 a go.

Simon Watson, 41, has been flogging his "magic potion" for 16 years and becomes a dad around once a week.

He now sells his sperm on Facebook and has raked in at least £40,000 for his efforts.

The rogue donor advertises his so-called "ammo" on Facebook and other internet selling sites, and at just £50 a pot Simon has a constant stream of business - and babies.

Dad-of-three Simon, from Luton, Bedfordshire, said: "My friends and family know everything about what I do, I've got no secrets.

"My kid's mates at school think it's funny.

"My boys wouldn't do it themselves, but they've said they don't mind me doing it."

Simon, who has two sons aged 19 and 17 from his first marriage and a 10-year-old daughter from his second marriage, recently broke up with his girlfriend of three years due to pressures of the job.

He said: "She was fed up with what I do.

"She actually told me she despised it.

"I'm always running off here and there to donate, so it must have got on her nerves.

"I became a sperm donor after my first marriage broke down - I knew I wanted more kids, so that's why I started.

"My second wife knew I did it, and I was never going to stop doing it - I think she accepted it, I don't know if she really liked it though, it's a bit of a weird one even though it's all done in plastic cups.

"I've been donating for a long time now - I used to go through sperm banks, but doing it myself is much more convenient for me.

"I generally advertise on Facebook - it's the way forward.

"You can see what people are like on their profile, it's quite a safe way to do things.

"I can be a bit fussy about who I donate to, but generally anything goes - I don't mind if people drink or smoke, but if someone was a drug addict I probably wouldn't do it.

"I have turned down a couple of people who were obvious nutters - you just make your excuses and get out while you can.

"I've had way more than 800 children over the years - they're just the ones I know of.

"I never imagined I'd donate to this degree - with the ease of Facebook though it's great, and it's really snowballed.

"I don't usually stay in touch with people - if they're happy I'm happy, and once I've done my part that's it, most of them like to disappear.

"If anyone does want to know me better though I'm up for it, but it's always their decision.

"I usually have a kid pop out somewhere every couple of weeks at least, usually more often.

"I've also had a few sets of twins.

"Some women say it should be free, but I don't think £50 for a pot of the magic potion is a bad price - you need to cover the costs."

Simon, who used to run his parents aromatherapy business before becoming a full-time sperm donor, takes good care of himself to ensure his produce is in tip-top condition, and gets tested regularly to prove he has a clean bill of health.

By offering fresh instead of frozen sperm, Simon's donations fall outside the regulations laid down by the Human Fertilisation And Embryology Authority, which governs licensed sperm banks.

He said: "I always do it artificially - I have a plastic pot with a sterile sealed syringe for them to inseminate with. I hand over the pot and do a runner, and just leave them to get on with it.

"I'm not against blokes doing it naturally though.

"I see at least one person a week - most people get pregnant first time with my ammo, but it's not unusual to take two or three goes.

"When people find out what I do most people just find it really funny, I've never really come across any negative reactions.

"I've got no plans on stopping, as long as everything still works.

"I've got children all over the world now, and the parents are always so grateful."

KTN Weekend at One: Burundians protest against UN's foreign interference in favor of Nkurunziza

Kenya Navy soldiers Thursday shot and killed a man outside their base, sparking protests from rights activists and family members.