Jumbos shouldn’t die on our watch

Jim Nyamu is a real hero. The name does immediately register a bell because Nyamu’s brand of heroics is not celebrated. Jim Nyamu is the man who is spending a great deal of time walking to spread a simple truth, that elephants are going extinct under our watch. His campaign is dubbed Ivory belongs to Elephants. Ivory smuggling has hit alarming proportions in Africa and its demand insatiable in East Asia.

A cute corruption, plain old greed and a toothless judicial system have allowed the trade to thrive. Corrective action is heard from concerned international agencies but out in the plains, elephants are continually slaughtered for their tusks to satisfy a cosmetic demand halfway across the world.

I followed Jim Nyamu on twitter, thanks to the passionate activism of Dr Paula Kahumba, and he recently jumped to the limelight after First Lady Margaret Kenyatta joined him on a stretch of his walk.  But for the most part, he is simply a man whose actions speak louder than his words. He has already walked 650 miles from Masai Mara to Nairobi to raise awareness on the diminishing numbers of elephants under dire threat from poachers. As of last month, he had covered 1,700 kilometres and locals had started to pay attention wherever he passed by.

Jim Nyamu reminds me of another champion conservationist in the 1980s, Michael Werikhe, better known as “the Rhino Man”. Werikhe walked and walked until Kenyans started to pay attention and today our black rhinos are in safe sanctuary. Jim Nyamu, like Werikhe, reminds us that we must live our lives with more awareness and show the courage to do the right things, even when it is hard. We cannot afford to be the generation that refused to allow the elephant the space and freedom to just be.

NBK, Kodris Africa ink deal to ease payments
The partnership allows Kodris Africa’s customers to directly pay for coding licences from any of the 85 NBK branches across the country.
Business
By Nathan Ochunge
3 days ago

At least 17 bodies found in South African night club
Eyewitnesses told the Daily Dispatch newspaper that bodies were lying inside the venue as if they had collapsed on the floor.
Africa
By Winfrey Owino and Agencies
5 days ago

Why the African child still under siege decades later
Children in Kenya continue to suffer the effects of harmful practices despite the existence of laws and policies that safeguard their rights and welfare.
Africa
By Nancy Nzau
7 days ago
. 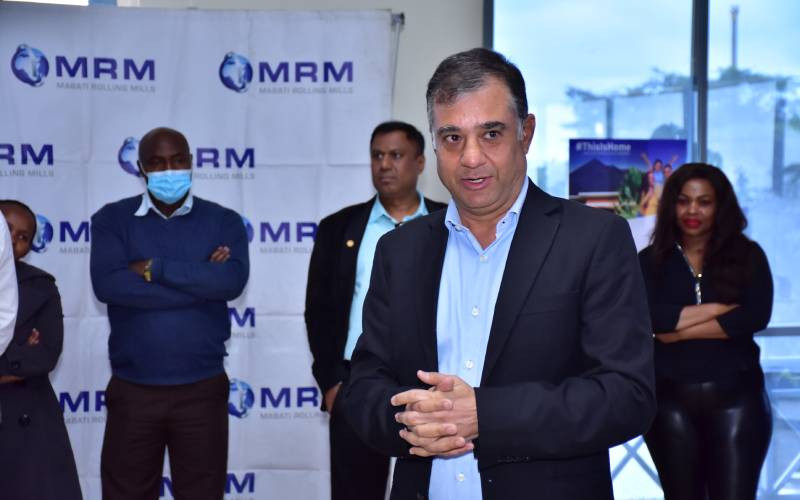 By Mabati Rolling Mills 3 49 minutes ago
Elegant, versatile and durable roofing tiles for your dream home by MRM