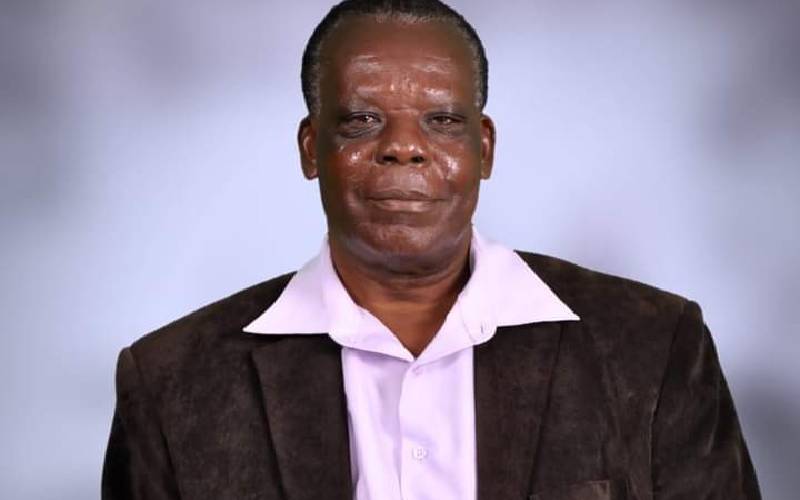 Dr. Wamukoya served as the first MP of the constituency between 1997 and 2002.

He was elected on a Kanu ticket.

The family said the former MP has been ailing for a long time and has occasionally been receiving treatment at a Bungoma hospital.

The late MP’s widow Elizabeth Wamukoya said her husband passed on at home early this morning.

"The MP has been sick for years and today he rested peacefully at our home," she said.

Wamukoya was born in Marinda village of Matungu in 1942.

He served in late President Daniel Moi’s government when he was appointed assistant minister in the Ministry of Lands and Settlement in June 2001.

Before venturing into politics Wamukoya was a lecturer at the University of Nairobi teaching veterinary services. He also taught at the Michigan State University in the USA.

He was later recalled to Kenya after he was appointed the county's director of Veterinary Services.

Following his close relationship with President Moi, the MP wrote a proposal asking him to divide the then larger Mumias constituency into two as he planned to vie for the seat.

This gave birth to the current Matungu constituency, where he served as the first MP.

He vied to retain his seat in 2002 but was trounced by David Were of NARC.

He gave it another shot in 2007 but still lost to Were.

After the defeat in 2007 he retired from active politics and ventured into private business, including veterinary consultancy.

The family is currently planning the burial date.

"We have lost a decent man who helped shape the history of Matungu," said the late MP's widow.

The former MP has passed on six months after the third MP Justus Murunga died in office in November 2020.

In Sudan, the UK is supporting the media sector as the country moves through transition.

By Nicholas Mburu | 20 hours ago

By Isiah Gwengi | 21 hours ago