Security beefed up in hotels amid terror threats 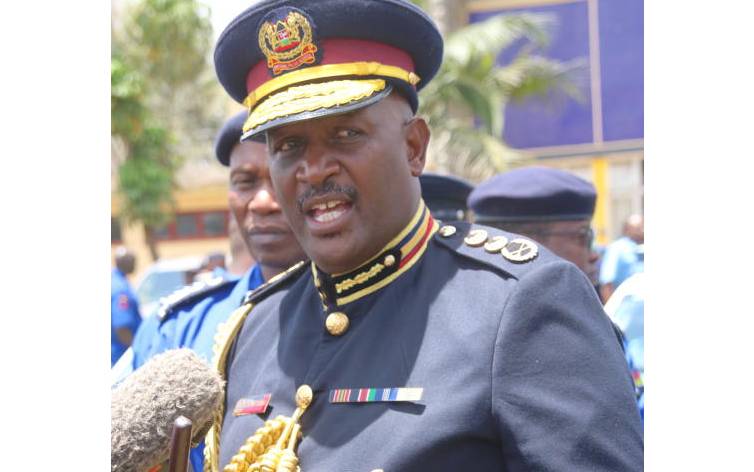 Security was at the weekend beefed up in major hotels in Nairobi following reports that terrorists are planning an attack.

A spot-check by the Standard established that more armed police officers were deployed at various city facilities such as those near the Jomo Kenyatta International Airport (JKIA), estates and on highways.

More random road checks have also been mounted across the city as part of the efforts to deter any planned attack. More officers have also been deployed in places of worship.

On Thursday night, reports by the US embassy indicated Al-Shabaab militants had sent terrorists to stage an attack on a major hotel in the city. The group was said to be including a militant from Mozambique while the rest are Kenyans.

Operations will be escalated in the week with more personnel including those from the General Service Unit being deployed amid claims the terrorists plan to revenge the killing of their leader and his wife who were linked to the January attack on Manda Bay, in Lamu, where American personnel were killed.

The US embassy called for increased vigilance when visiting or staying at hotels in the Nairobi and those in the joints to be aware of the hotel’s evacuation plan.

The embassy told its citizens to plan ahead of time how they would exit the hotel in case of an emergency, review personal security plans and be aware of their surroundings.

Inspector General of police Hilary Mutyambai (pictured) asked the public to be vigilant as there are “criminal elements” out to cause havoc in unspecified parts of the country.

Mutyambai said there are still a few criminal elements who may wish to cause harm to the public.

“The National Police Service has increased border surveillance to ensure that criminal elements are cut from entering the country. However, we wish to caution the public to be extra vigilant even as the police and other security agencies continue to work round the clock to ensure the safety and security of our country and Kenyans at large,” he said.

Mutyambai said they have enhanced police deployment in cities, towns and particularly in parts of the country where the criminals have occasionally instigated criminal activities. The police boss has already shared their intelligence with relevant agencies and stakeholders of the new threats.

Terrorists have attacked Kenya in the past and left tens of people dead and injured. They staged an attack at the Dusit d2 complex on January 15, 2019, and killed 21 people.

The attacks in parts of North Eastern have forced the Teachers Service Commission to withdraw teachers from the region affecting the education programme. TSC says up to 42 teachers have been killed in terror-related incidents in the regions since 2014.

The move comes days after President Uhuru gave North Eastern leaders 14 days to come up with an amicable solution on security challenges in the region that has affected various activities including education.

The president told the leaders who included governors Ali Roba (Mandera), Mohamed Abdi Mohamud (Wajir), Ali Korane (Garissa), leader of majority in the House Aden Duale and Adan Keynan (Eldas) among other Members of Parliament the ongoing terror attacks are homegrown and must be addressed by the locals.

He told the group that security agents have sealed off the main Kenya-Somalia border and there were no more Al-Shabaab terrorists coming into Kenya.

“The president was not happy and he told us this menace is homegrown. Those attacking the region are locals and are known to the locals who must face them head-on,” said one of those who attended but asked not to be named.

Uhuru said the solution to the issues affecting the region lies with the local leadership. He is said to have refused to respond to a memorandum prepared by the leaders and told them first to come up with the solution on the pressing issues at hand.

Korane termed the meeting fruitful and added they presented issues that are pertinent to the region including education and security.

“He promised to resolve them but called on us to play a bigger role in securing our frontier,” he said.

Security agencies say smuggling and trade of contraband goods is the cause of increased attacks by Al-Shabaab in the area.

At least three people were killed two weeks ago after gunmen attacked a bus in Sarmani, Banisa, Mandera County. In another incident, officials in Ijara said Al-Shabaab operatives terrorised villagers in Bulagolol village.

A patrol unit deployed to the village established that about 16 Al-Shabaab operatives armed with AK47 rifles visited Bulagolol village, summoned everyone to the Mosque where they informed the villagers that they are Mujahideen (Al-Shabaab) and have had previous exploits in Westgate in Nairobi, Lamu, Tana River and Garissa counties.

In January, three Americans were killed by Al-Shabaab during an attack on a military base in Manda, Lamu.

They include one U.S. military service member and two contractors while two other Americans who work for the U.S. Department of Defense were injured.

During the same month, four school children were killed in a gunfight between the police and the attackers who attacked a telecommunications mast.

One worker at a time, virus-hit China's factories sputter back online

The virus shut down provinces responsible for most Chinese economic output, including Zhejiang where Wenzhou is located.

By Jane Mugambi and Timothy Kariuki | 3 hours ago