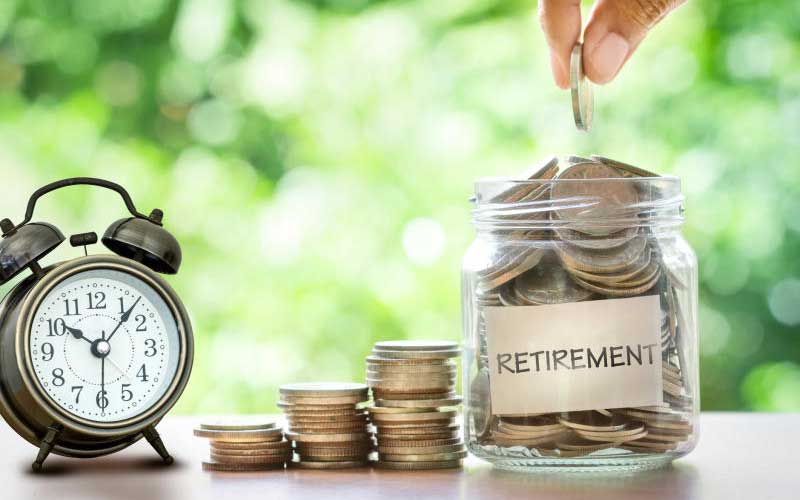 The Kenyan economy is suffering, but we are not the only ones. It is only natural for our economy to face challenges when the entire global economy, with which we are so profoundly interconnected, is stuttering on a daily basis.

The shutdown of borders and businesses, the limitations on travel and movement, have not been easy.

They have been a challenge for Kenyans as well as people in the most far off countries, from America to Australia, Belgium to Brazil.

But how leaders deal with these shared economic crises is a whole different matter. Some presidents just stand back as disaster looms, and fail to do anything to protect their currency from dropping and the national coffers from emptying. Others decide to step forward, think fast, and come up with solutions that avert total disaster in the long term.

The latter aligns with the approach taken by our own president. Pension schemes, for example, are typically costly national government projects that are kept in place to make sure that the elderly, who spent all of their lives working, are cared for in old age.

It is a necessary aspect of national budgeting, and also a moral imperative. As Africans, we also place a special value on respecting our elders in our society. There is absolutely no excuse for letting them retire without grace and appreciation for all that they have contributed to the younger generations.

For this reason, the President’s new plan to launch a contributory pension scheme for government employees is not only commendable, it may save us from prolonged economic collapse decades into the future.

Under the new scheme, hundreds of thousands of government employees will be able to contribute up to 30 per cent of their salary to a pension fund. This is optional, and people can choose to invest whatever percentage they wish. Contributions will begin in January, and it is expected to collect more than Sh3 billion every month.

In order to ensure that the money is in good hands and reinvested in smart, fruitful ways, the scheme will be managed by an independent board of trustees. Rather than allowing individuals’ earnings to wither away in their bank accounts as inflation rises, the scheme will, like many foreign pension plans, make more money through investments. This is a win-win for the state as well as the government employees who choose to take part.

Kenya is currently suffering from a reduction in normal tax-revenue collection because of the coronavirus crisis. This leads to ballooning debt repayments. According to the Ministry of Finance, Kenya has been spending 2.9 per cent of its annual budget on pension payments as part of the older plan, that does not involve contributions by individual workers.

If this goes unchecked, we risk spiralling pension costs that will be very high for the national budget to bear in the near future.

The new plan will also help people who have little financial knowledge and understanding of investments to make their hard earned salary last well into the golden years. It is also important to note that the new fund will be managed by an independent body with the best interests of pension investors at heart.

Kenya has historically had a problem with corruption, and innumerable individuals have tried to take their cut from the state coffers. This is an entirely unacceptable phenomenon, and luckily we have Uhuru Kenyatta’s anti-corruption team working day and night to put an end to it.

But since corruption is so deeply ingrained in our culture, it will probably take many more years until we can fully rid ourselves of it. In the meantime, government workers will be able to contribute part of their salaries to long term savings knowing that their money is safe, and that they will get it back when they need it.

This will eventually build a strong level of trust between the government and the people, something that we need deeply - especially during times of crisis. While this is a particularly challenging year economically speaking and otherwise, our bright future has not been erased entirely. We simply need to think of new ways to keep ourselves on the positive development track.

Lake Nakuru was ranked among most beautiful lakes in the world alongside Lake Natron and Lake Malawi.