Tribulations of maize farmers - a symptom of industrial agriculture failing 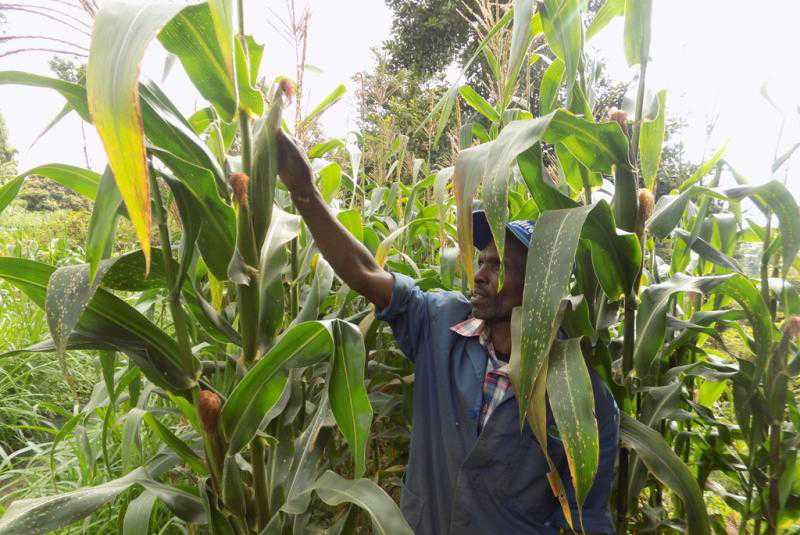 The proceedings of the Senate’s ad hoc public hearing on outstanding payments to maize farmers in Uasin Gishu County left many pondering about the future of Kenya’s farmers. The tribulations of farmers in the North Rift and Western regions have been many. These include fertilser shortages, inadequate supply of seeds or distribution of low-quality seeds and fertiliser, as well as unstable markets and a maize glut.

Farmers from the neighbouring regions find themselves in the same situation - maize in the NCPB store, maize in their stores, maize in traders’ stores, harvestable maize in the fields and still more maize coming in through the borders.

To arrest the problem, there are voices that are discretely telling farmers to move to other crops such as coffee, avocados and tea.

What is the genesis of this problem? A few years ago, cane growers in the expansive sugar belt region faced the same test. They were overburdened by poor regulation, lack of proper zoning of the sugarcane regions and the infamous and faceless cartels who would import sugar from countries with comparatively higher production efficiency, lower production costs and competitively lower market prices.

The quality did not matter. It still doesn’t. The same story has been told of rice, wheat, coffee, tomatoes, cabbages, green grams and other major food crops in Kenya.  In an attempt to address the issue, calls were made from influential quarters in the region urging farmers to dump unprofitable crop industries and produce maize like their counterparts in the North Rift. At that stage, maize farming was a profitable venture.

The situation has not significantly improved for the farmers. Just 11 months ago, the Government announced a shortage in maize supply in the country and went ahead to subsidise maize flour prices and relieve importers of their tax obligations.

No one thought that less than one year after the “emergency period”, we would be choking in a maize glut, with markets so warped that farmers cannot even recover their cost of production from their sales, let alone recoup their investment in time, skills and land use.

This shines a spotlight on the country’s industrial model of farming that focuses on increasing short-term food production and availability and which has evidently failed. High reliance on chemical-based inputs and farm specialisation that seeps through the soil to the point that a farmer can only efficiently produce the same crop season after season, can only mean higher costs of production and less competitiveness in increasingly globalised food markets. The cost of producing a bag of maize in the North Rift, for instance, stands at about Sh1,400. Farmers from neighboring Uganda are very happy to sell maize for as low as Sh1,200 at the border, and as low as Sh800 to Sh1,000 at the farm gate.

Apparently, farmers in Uganda use manure, which is readily available to enrich their soils and sustainably maintain high yields. The average cost of fertiliser applied by maize farmers in Kenya ranges from Sh15,000 to Sh20,000 with average yields of 30 to 40 bags.

This means that farmers spend at least Sh500 on fertiliser to produce a bag of maize. Fertiliser prices in the country are also bloated in favour of a few traders while there are also increasing complaints of counterfeit fertilisers mainly associated with Government subsidy programmes.

The pursuit of industrial agriculture as Kenya’s main system of farming – for “food security” and revenue – becomes utterly unsustainable as it is no longer competitive in the regional market and this puts Kenyan farmers at a disadvantage.

The national conversation we should be having is how to trace our steps back to regenerative farming methods that increase land productivity over time rather than short-term production. If food security and the realisation of the right to food under Article 43 of the Constitution are major development priorities for the country, it follows that the Government should take measures to encourage healthy agro-ecosystems with a view to reducing production costs and protecting the environment to ensure that farming is profitable and less risky.

There are immense benefits that will follow, such as farmers enjoying the ability to produce multiple food varieties for their own consumption and sell the surpluses to enrich local markets with the diversity that has been lacking for decades in rural food markets.

We need to reassess our farming practices, to build healthier farms for the future.

Kenya’s blue economy contribution (to its local and Global Gross Domestic Product) has routinely punched below its weight. The numbers do not lie.

By Mukurima Muriuki | 13 days ago