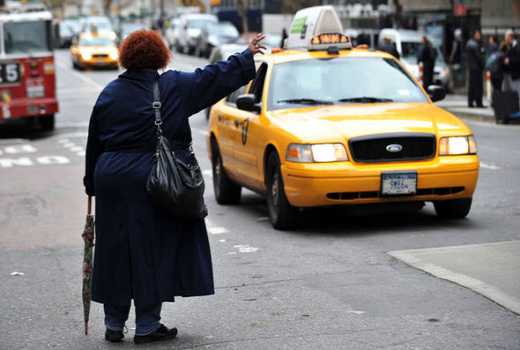 NAIROBI, KENYA: With their manicured nails, immaculate make-up and matching handbags and stilettos, you would be forgiven for mistaking the five women seated in the cafe of the upscale Nairobi hotel for a group of senior female executives.

Sipping white hot chocolate from delicate porcelain cups, they discuss their long working hours, challenges in finding time with their children, and share strategies on networking and dealing with difficult clients.

But these Kenyan women aren’t company directors, finance professionals or corporate lawyers - they are part of a new breed of women who are breaking into the male-dominated taxi sector and hitting Nairobi’s roads as e-cabbies.

“Taxi driving is not something I would have considered before, but after driving for a taxi app service, I think it’s a really good job for women,” said Lydia Muchiri, 29, in a knee-length fitted white dress with floral print.

“It’s convenient, easy and safe - much better than sitting at home and depending on handouts,” she said, as the other women, in their 20s and 30s, nodded in agreement.

As taxi-hailing apps mushroom to fill a hole in Nairobi’s poor public transport system, rising numbers of women are taking up jobs as drivers - citing benefits such as flexible working hours, the ability to select passengers, and guaranteed payment.

Online women cabbies currently only make up around 3 percent of city’s estimated 12,000 e-taxi drivers - but industry officials say their numbers are growing exponentially.

Little Cabs - one of Nairobi’s popular ride-sharing platforms, and the only app offering riders the choice of a male or female driver - has witnessed a 13-fold increase in the number of women drivers over the last two years.

“There were 27 women drivers registered with Little Cabs when we first started in June 2016, now there are 381. We aim to have 1,000 women drivers by the end of this year,” said Jefferson Aluda, operations manager for Little Cabs.

“Many people think taxi driving is a man’s job, but that view is changing. Customers tell us that women are careful drivers and very professional. Through our recruitment campaigns, we expect more women to join.”

Kenya’s economy has grown on average by 5 percent annually over the last decade, but the benefits have not been equally distributed - and women remain disadvantaged socially, economically and politically.

Women make up only a third of the 2.5 million people employed in the formal sector and own only 1 percent of agricultural land, according to the Kenya National Bureau of Statistics (KNBS).

Despite global criticism that the sharing economy lowers wages, encourages tax evasion and provides little protections to users, the emergence of platforms such as taxi-hailing apps in Kenya are in fact helping to empower women.

Drivers earn a minimum of 30 Kenyan shillings ($0.30) per minute and companies take up to 25 percent their earnings, but women drivers still welcome the opportunity provided by firms such as Uber, Taxify, Little Cabs and Pewin.

Faridah Khamis, a single mother of five children, decided to become an online taxi driver in February last year after chatting with a male driver who encouraged her to apply.

“The rates are low and I have to work 12 hours daily - when my children are at school and at night when they are asleep. But it’s better money than an office job these days,” said the 36-year-old women standing beside her silver Mazda Axela.

“I also think it’s very safe for women. I choose when I work, where I work, and which clients I work with. If I was a regular taxi driver, I would be on the roads looking for passengers. The app means I can find customers from my home.”

The women choose riders with higher ratings and opt for locations in populated rather than isolated areas. Their companies also track them via GPS and they have an alert/SOS button on their apps for support if they need help.

NOT ALWAYS A SMOOTH RIDE

Uber officials say ride-sharing apps can provide a great economic opportunity for women, particularly in developing nations such as Kenya.

“These include social biases, security risks, financial and digital inclusion, and access to vehicles and other assets.”

But it’s not always a smooth ride for Kenya’s female e-cabbies. They occasionally face discrimination and abuse - from difficulties renting cars due to biased perceptions that women are bad drivers, to fending off drunken male passengers.

And with their phone numbers accessible to customers through the app, the women also endure daily “follow-up calls” from former customers who want to date them after the trip is over.

The female cabbies say they also face sexist comments where people perceive them to be sex workers simply because they are well-dressed, working at night, and doing a “man’s job”.

But such instances are rare, say the women drivers, and working in the taxi sector has inspired some of them to one day have their own fleet of taxis - for women driven by women.

“There is a demand for women taxi drivers. Customers appreciate our appearance and professionalism. Some say we drive safer and our cars are cleaner than male drivers,” said Muchiri.

"We take pride in ourselves and in our job. We are no less than someone who works in an office. We see our car as our office and believe that once we are in the car, we must behave like a professional."

Raila Odinga has officially called off an economic boycott of firms the Opposition targeted after last year's disputed presidential election.