A peek into the precarious lives of Kenya's low income families 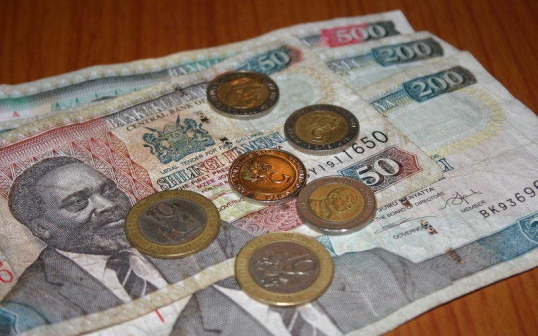 Death of the main breadwinner, a house fire, and permanent disability. These are some of the tragedies that Kenyan households worry about the most, according to a recent paper published by Financial Sector Deepening (FSD-Kenya).

Preparing for, and coping with these kind of risks is extremely complicated – and often inadequate – for many families, especially low income ones.

Intuitively, we all know that one should have savings tucked away somewhere for a rainy day, and insurance to cover you when the worst happens. But the reality for most households is far different. The data shows that putting money aside for an uncertain event in the future is a luxury most cannot afford, in a context where incomes fluctuate as much as 55 per cent month-to-month. It means that even meeting predictable day-to-day needs is a tricky juggle.

Still, the way Kenyan families think about, plan for, and manage their way through the unexpected tragedies events that can so easily throw them off course is intriguing, and important to understand if the solutions that banks, insurance firms, and social security departments provide are to be relevant and useful.

In the first place, the researchers found that most families face a very wide range of risks – respondents mentioned everything from hospitalisation, theft, crop failure, being mugged, divorce or separation, death of a relative, chronic illness, and being caught up in a legal case as some of the risks that they worried about.

But some risks were clear outliers, both in terms of how frequently they happened, and their impact.

Outpatient medical care, for example, is very likely. About 90 per cent of individuals in the study required outpatient care during the course of the year, either for themselves or for a family member. In fact, the average household sought medical care about five times per year.

The median cost per hospital visit was Sh400, which was just about 6 per cent of the median monthly household income in the study.

Six per cent doesn’t seem like a lot, but it is the unexpected nature of small illnesses in the context of already precarious budgets that hits families hard – that Sh400 is often literally a choice between buying food for your children that day, or going to see a doctor.

Obviously, most people would choose to buy food for the children. The way most families cope with relatively minor illnesses is to ignore it, forgo or postpone treatment. But these often compound into larger problems when not managed well, sometimes to disastrous consequence, the study titled “How low income Kenyans think about and experience risk in their pursuit of prosperity”, shows.

In terms of impact, the one tragedy that devastates households is death of the main income earner. Unlike outpatient care, it is a low probability event – just 1 per cent of households reported losing their main income earner during the course of the year. Still, it is less rare over the course of a lifetime. 14 per cent of the respondents had lost their family’s breadwinner at some point in their lives.

But when it does happen, the immediate impact on families is massive, both in terms of expenses related with the burial, and lost income while coping with the situation. The median cost was in the region of Sh60,000, nearly eight times the median monthly income. This is not to mention the compounded annual loss of income whose impact goes on for years.

Both urban and rural households reported outpatient medical care as the most frequent risk, and death of a main income earner as the most devastating.

Urban households also reported fire as a major, high-impact risk. For urban households, the risk of fire is very similar to the loss of the income earner as a low probability, but high cost type of shock. Seven per cent of our urban households had experienced a fire in their residence at some time in the past, though the annual probability is only around 1 per cent. But when a fire strikes, the impact is enormous. For rural households, drought, crop failure and death of livestock were major risks.

The FSD-Kenya researchers went on the analyse risk in this manner, between its impact and severity. In the first category was low frequency-high severity shocks, such as death of the main income earner, and for urban households, fire. These risks strike infrequently, but are economically devastating when they do.

Then there are the high frequency, low severity events, where outpatient medical care clearly falls. Nearly all individuals will seek treatment during the course of the year, but the per-incident cost is minor.

Still, its high frequency means the total economic and emotional cost over the course of the year is considerable.

In the third category are low frequency, moderate impact events, such muggings, hospitalisation, chronic illness and disability. Individuals are less than 5 per cent likely to experience this over the course of a year, though the cost outlay can be substantial.

Then there are the high frequency, moderate impact tragedies, such as death of livestock, drought and death of a relative. 25-40 per cent of all Kenyan households will experience one of these in the course of one year, but will entail relatively low new expenses. This is either because there is a large pool of social support to draw from (the data shows that fundraising for funerals is faster and more substantial than for medical appeals), or in the case of drought, has a large chronic impact but no major new expenses, only cut backs in the budget.

Finally there are the low frequency, low impact shocks, such as legal cases, evictions, divorce or separation, theft, and losing your job. Though these happen rarely and are not insurmountable, the sheer number and variation of these shocks means worries like these must be on the minds of people constantly. It involves a high emotional cost, and can easily cause new stress in a household already facing so much.

Levels of worry seem more closely related to an event’s impact, more than its frequency. In other words, people tend to think more about the big tragedies that could happen, and not worry much about, or plan for, things like outpatient care.

From the study, respondents seem to overestimate the likelihood of the death of the family’s main income earner, and underestimate the risk of theft of household assets or losing their main income source. This seeming lack of preparedness for the more common shocks of life is not necessarily out of ignorance or indifference. It is a rational strategy when day-to-day life is already so difficult. Better to save one’s energy for today than think about an uncertain tomorrow. In any case, there is not much that is within one’s control to reduce the likelihoods of such risks or cope with them when they occur – save for marshalling support in the form of harambee contributions from family and friends.

The researchers also found another interesting discrepancy between perceptions and reality when they asked respondents to select the one risk that worried them the most.

Here, again, the death of the main income earner ranks very highly. However, fire and eviction are also a very major concern for many families, though the data shows that the probability of this, and associated cost, is relatively low.

Why are families so worried about losing their homes in fires and evictions? Respondents talked about how difficult and emotionally painful it would lose all your material possessions and go back to where you started, even if the immediate costs to just get by were really not very large.

The researchers state: “Many of them told us that if these events happened, ‘I don’t know where I would start from.’”

Quite a number of respondents also were quite worried about becoming disabled. During the study, all of these respondents were bringing money into the household in one form or another. It may seem like a dark view, but many said that they would much prefer to die than be disabled. “The burden of caring for someone who is disabled can be very severe, with the lost income easier to manage than the extra cost of caring for someone. Many of them said, “It is much better to die than be a burden.’”

Strategies will be much more attractive to low-income people if the benefits feel clear, certain, and to some extent, immediate.

“Putting aside resources for an uncertain claim in the future is much more attractive if consumers feel their money is “working” for them today,” they advise. And one of the most meaningful interventions that a financial institution can have is a ‘start-over fund’ – a combined savings/ insurance product that pays out a lump sum to help families start over in the event of a divorce, separation, fire or any other trigger event.

Currently, most of these insurance products are as separate streams, and limited to just a few risks – inpatient care, death of the main income earner, and so on. But as the report describes, social stress comes from a very diverse range of sources, and it would be well to accommodate many more.

- The writer is a writer, journalist and executive editor of Africa data visualiser and explainer site Africapedia.com

Doctors in Laikipia reinstated, dispute between KMPDU and County resolved

Succession case is one of the longest unresolved matters in Kenya’s courts and has been heard by at least six judges.