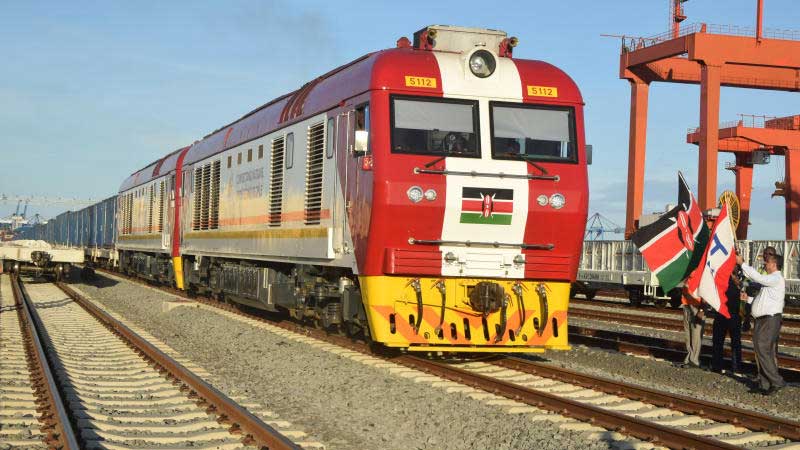 The Government paid Sh30 billion to acquire land for the first phase of the Standard Gauge Railway (SGR).

According to two latest studies of the project, the amount is nearly 10 times the initial budget of Sh3.8 billion set aside for land compensation, and is expected to be higher in the next phases of the project.

The surveys also found out that there are unanswered questions on the social and environmental impact of the SGR, with the Government criticised for only focusing on completing the project.

The SGR project began in December 2014 in Mombasa, and has reached Syokimau in Machakos.

The railway line is expected to be extended from Nairobi to Malaba through Naivasha, Narok, Bomet and Kisumu.

However, research findings show that by 2016, the country had paid Sh30 billion for land acquisition, way above the initial budget allocation.

The findings are contained in two studies: African politics meets Chinese engineers: The Chinese-built Standard Gauge Railway Project in Kenya and East Africa and China in East Africa and the Horn: ports, trains and industrial zones.

Both studies were done under the John Hopkins University’s China Africa Research initiative.

The findings were published in December last year and March this year but had not been made public.

“On April 12, 2016, the Managing Director of Kenya Railway Atanas Maina, and National Land Commission (NLC) chairman Prof Mohammed Swazuri, complained that dealing with land acquisition issues and the legal rights of owners was a “nightmare,” states the study reports.

“At the time of his comment, approximately Sh30 billion (US$290 million) had already been spent towards issues of land acquisition,” they add.

The reports state that an estimated 10 per cent share of the total construction cost of $3.8 billion (Sh383 billion) for the first phase was allocated towards resettlement and compensation.

The surveys found out that although an Environment Impact Assessment (EIA) was carried out and a National Environment Management Authority (Nema) certificate obtained for the SGR project, it still recorded a measure of degradation.

“However, local sourcing of sand led to environmental controversies and the National Environment Tribunal revoked the Nema license for China Roads and Bridges Corporation (CRBC), suspending sand sourcing from a location near beach resorts until a new EIA could be carried out,” the reports state.

“Conservationists are concerned that the frequent passage of trains may have a negative impact on some species and eventually affect the park’s tourism,” the studies add.

In their recommendations, the researchers advise the government and planners to improve on communication with local communities.

“They need to address local content, as well as environmental and other mitigation measures in the negotiations leading to the contract rather than having to re-negotiate after the fact.

“The top-down approach produces conflicts and leads to non-negotiable standard packages since it prioritises speed and political expediency over quality and local issues,” they further state.

The surveys call for more transparency around the financing and cost valuation of the project to avoid criticism and to improve overall cost control as well as long-term fiscal and economic impact assessment.

“If an infrastructure project is not economically viable it will leave the host country with a high debt burden and little development benefit,” the reports state.

For the Chinese partners, the studies recommend a thorough understanding of the political background of the host country, noting that this is crucial in managing local expectations and grievances.

They call on Chinese companies to increase transparency around projects, in particular to bring in researchers and media professionals, to avoid perceptions that there was anything to hide.