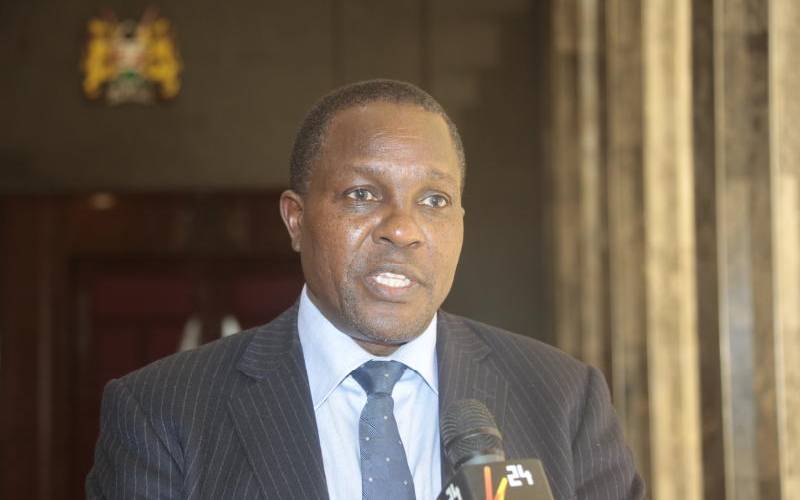 A benchmarking trip by legislators to the United Arab Emirates has elicited mixed reactions.

Coming at a time when Kenya is battling the third wave of Covid-19 pandemic amid a frail economy, the MPs trip to Dubai in UAE for training on public finance rubbed many the wrong way.

The MPs left last Thursday and are expected back on Saturday.

It is estimated that each MP will get about Sh1.28 million given that they receive an allowance of Sh143,000 per day. This would translate to over Sh 20.5m in allowances for the 16 MPs who went to Dubai.

Based on Kenya Airways billing, for instance, a return ticket to Dubai on the business class would cost Sh125,000. This translates to about Sh2 million on air tickets for the legislators.

The Standard could, however, not immediately establish what airline the MPs booked.

According to government regulations, legislators and top State officials are entitled to fly business class on any flight that lasts over four hours.

A flight from Nairobi to Dubai takes about five and a half hours.

Mohammed Hersi, the chair of the Kenya Tourism Federation and Director Of Operations at Pollman's Tours and  Safaris yesterday reacted to the news of the MPs trip to Dubai.

“I love training but when we are broke as a nation with empty hotels in Nairobi, would it not have made more sense to have the trainer come to Nairobi?

"We are busy sending out the little forex we earn to Dubai. Look at that room, nothing special. Please reject such moves,” Hersi tweeted in response to a tweet by Nyali MP Mohammed Ali who is among the MP in Dubai.

Justus Muriithi tweeted: “Such actions are what make our politics a matter of life and death come elections, most of these fellows have no desire whatsoever to serve the electorate. Our politics needs fixing ASAP."

Yesterday, National Assembly Clerk Michael Sialai (pictured) said the programme being attended by MPs is known as 'Masterclass in Public Financial Management and is tailor-made for members serving in finance-related committees of the House.

It is meant to empower the MPs in obtaining an in-depth and comprehensive knowledge of theoretical as well as practical aspects of public financial management and National Assembly is facilitating it as part of its capacity building for members.

According to the Clerk, the 16 MPs are drawn from Finance, Budget, Public Investment Committee (PIC), Public Accounts Committee (PAC), and Special Fund Committees.

"In the recent past, members have been dealing with complex issues touching on finances including balanced budgeting, implementation of the budget approved by the House, debt ceiling and value for money auditing.

"Dubai-based Zoe Talent Solutions is hosting this training and the leader of the Leader of Minority John Mbadi is leading the delegation," said Sialai.

Zoe Talent Solutions bills itself as a global training and consulting firm that has been serving leading businesses in many countries. Its head office is in Dubai and it has another one in London.

One of Parliament's strategic plans, Sialai said, was to build capacity for members in order to discharge their mandate of representation and oversight.

"When there is an opportunity to build their capacity we can’t shy away to facilitate," he said.

“Two of my team members are in the group. They are attending the training for a couple of days,” said Wandayi.

Nyali MP Mohamed Ali said MPs are always being blamed for not performing their oversight role effectively, and the first thing that comes to mind about the trip to build capacity, is that they are wasteful.

"Kenya is in the situation that it is chiefly because of poor public finance management, and we are here to learn how to become better overseers of Kenya's hard-earned taxes.

"This is a government-funded trip, planned many months in advance and focused on building our capacity as MPs," said Mohamed.