Most State firms in the red as profits drop 91pc 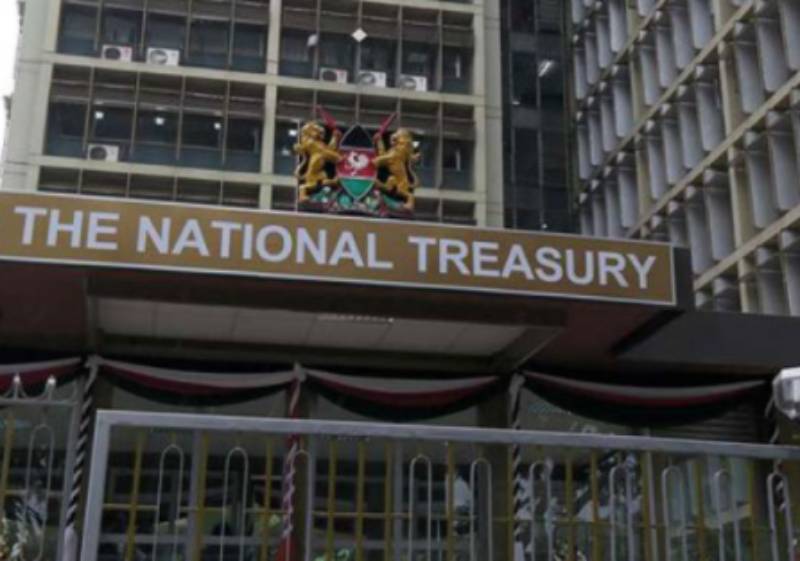 While State corporations are not, and should not be, profit making enterprises they should always aim for a surplus at the end of the financial year.

Registering a profit or surplus for a State corporation is a sign of efficient utilisation of funds, including taxpayers’ money that most parastatals receive every fiscal year.

So what has the financial performance of State corporations been like? Unfortunately, not many of the firms have passed the test of financial prudency.

A new report by the National Treasury tabled at the National Assembly on Thursday shows that slightly over half of the parastatals have run into losses, or deficits in case of non-commercial entities.

The Consolidated National Government Investment Report for the 2019-20 financial year shows that out of 247 State corporations, 127 made either losses or deficits.

National Treasury Cabinet Secretary Ukur Yatani blamed this on the adverse effects of the Covid-19 pandemic. The pandemic has gutted revenues for most of the corporations.

The biggest loss-maker during this period was Kenya Railways Corporation (KRC), whose losses almost tripled from Sh8.47 billion in 2019 to Sh24.2 billion last year.

During the first six months of this year, passenger services offered by the Standard Gauge Railway (SGR), which is under the management of KRC, were disrupted after the Government restricted movement into four counties, including Nairobi and Mombasa.

The SGR plies the Nairobi-Mombasa route.

Following the KRC loss, the overall profitability of commercial State corporations dropped by 91 per cent to Sh5.1 billion.

Other State firms that did not perform well during this period include Kenya Broadcasting Corporation (KBC), which made a deficit of Sh9.8 billion.

It was followed by Nzoia Sugar with loss of Sh3.48 billion. Most local sugar millers have been struggling, with plans in place for most of them to be privatised.

Kenya Power was also among the poor performers in an energy sector that largely posted good results.

The company made a loss of Sh3 billion during the year, attributing it to the adverse effects of stringent containment measures implemented by the government to curb the spread of Covid-19.

Kenya Power, which is listed on the Nairobi Securities Exchange with the government holding a significant stake in the power distributor, received about Sh2 billion as development grants from the exchequer.

By virtue of being a commercial State entity, the money was to be used for public services.

Cement manufacturer East African Portland Cement continued its decline, registering a loss of Sh2.74 billion in the period under review.

With learning institutions remaining closed for the fourth quarter of the  financial year, University of Nairobi reported a deficit of Sh2.23 billion.

Kenyatta University was also among the institutions of higher learning that reported a deficit.

However, it was not all gloom as some of the firms defied the odds to post a profit or surplus.

The big gainer was the Kenya Deposit Insurance Corporation (KDIC), which made a surplus of Sh17 billion.

During the period, there was a surge in bank deposits, with individuals and businesses fearing to spend the money during the pandemic and opting to pack it banks.

KDIC provides insurance for bank deposits up to a maximum of Sh100,000 per account.

Banks pay a premium of 1.5 per cent of total deposits to the KDIC, at no cost to the depositor. So the more the deposits the more premiums KDIC receives.

Another state corporation that made profits was Kenya Electricity Generating Company (KenGen), also listed at the NSE.

Even as Kenya Power, its main customer, ran into losses KenGen registered a profit of Sh10.5 billion.

This was a major increase from the profit of Sh7.8 billion that the company made during the previous financial year.

About 120 State corporations made either a profit or surplus during the period, defying the whirlwind of Covid-19.

Local Authorities Provident Fund (Lapfund), a pension scheme for certain employees of local authorities where both the authorities and their employees make contributions, was another state corporation that posted positive results.

It made a surplus of Sh8.47 billion in the financial year ending June 2020.

Kenya Ports Authority recorded a surplus of Sh8.18 billion, Kenya Pipeline Company a profit of Sh5.8 billion while Rural Electrification Authority made a surplus of Sh5.4 billion during the period.

Geothermal Development Corporation, another power producer, made a profit of Sh1.57 billion.

It appears that for some corporations such as KDIC and Lapfund, they recorded surpluses because of reduced expenses.

This might be the same thing with Konza Technopolis Development Authority, which made a surplus of Sh764 million.

In the financial year, the Government was able to collect most of these surpluses.

“In 2019-20 financial year, Government of Kenya received a total of Sh100.54 billion from its investments in State corporations and other government-linked corporations in form of dividends, surplus funds recall, loans redemption and interest payments and directors’ fees,” said Yatani.

He noted that the good performance in investment revenue receipts was as a result of mop-up of monies in State corporations that were not required for immediate use.

Head of Public Service Joseph Kinyua, in a letter to Yatani, emphasised President Uhuru Kenyatta’s directives including the immediate stoppage of trading in Treasury bills by State corporations, and expeditious payment of all pending bills.

Besides implementing austerity measures, which saw most State corporations suspend funding for non-essential expenditure such as tea and snacks, the government also ordered liquidation of surplus funds invested in Treasury bills and other investments.

Other than looking at the profits and surplus, the report also covers shareholding and funding, grants and subsidies, loans and guarantees and revenue receipts.

On the State-linked corporations, the government received the highest dividend from Safaricom, Sh26.2 billion.