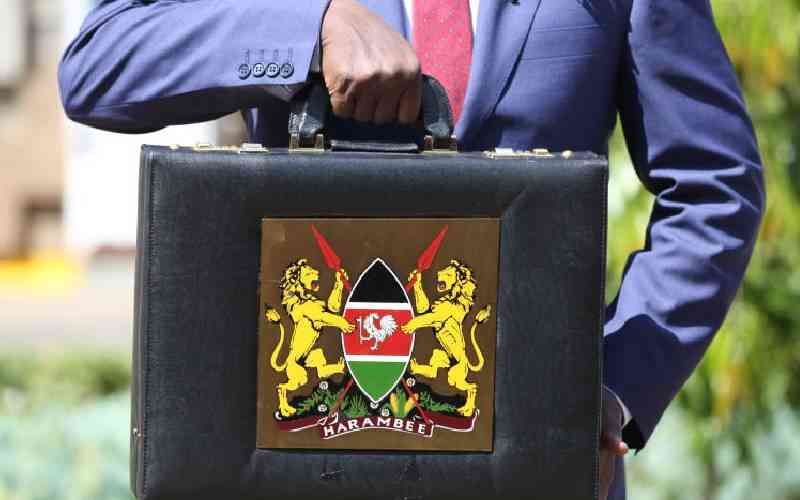 State departments, counties and MPs are staring at deep budget cuts as the government seeks to reduce public spending.

President William Ruto yesterday directed the National Treasury to work with ministries to cut Sh300 billion in this year’s budget in the first raft of measures to progressively bring down the fiscal deficit.

“This year alone, we budgeted to borrow Ksh900 billion to finance development and recurrent expenditure,” said President Ruto during his first address to the combined chamber of the National Assembly.

“Over the next three years, we must reverse this and go back to the situation where the government contributes to the national savings effort by keeping recurrent expenditure below revenue,” he said.

In the first year, the National Treasury has been taxed with cutting Sh300 billion from the Sh3.3 trillion spending plan presented by former Cabinet Secretary Ukur Yatani earlier this year. Further reductions are planned for the next financial year with the Ruto stating that the government is angling for a recurrent budget surplus by 2025.

In the 2022/2023 financial year, the National Treasury allocated Sh2.2 trillion in recurrent expenditure and Sh711 billion in development expenditure.

Reducing this by Sh300 billion will be a tall order for the government that is grappling with Sh893 billion in fiscal deficit that will be plugged by Sh276 billion and Sh570 billion in external and domestic debts respectively. A Sh300 billion cut in public spending will see the National Treasury go after non-essential expenditure that have in the past been blamed for ballooning public spending. These includes caps on new hirings at all levels of government, freezing or reducing foreign travel, training costs, administrative expenses such as rent and cutting on allowances paid to public officers.

However, these will only yield piecemeal savings and the government could be forced to reduce billions of development expenditure allocated to former president Uhuru Kenyatta’s Big Four projects.

Some of the projects that could be affected include the economic stimulus programme launched at the onset of the COVID-19 pandemic.

The plan included Sh10 billion allocated under the Kazi Mtaani programme as well as subsidies to tea, coffee, sugar and livestock farmers amounting to Sh6 billion. These projects could be scrapped or scaled down in the coming years as part of the spending cuts expected from the National Treasury.

The austerity plan will further be complicated by President Ruto’s own development agenda that require additional budgetary allocations to implement. “To implement the pledges and commitments set out in our ‘PLAN’, my administration is committed to investing in the requisite enablers and infrastructure to provide a sound foundation for its execution,” said President Ruto yesterday.

“These are interventions intended to create a conducive environment for effective, efficient and sustainable realisation of our national transformation,” he said.

Key among the agenda for the new administration includes the Hustlers Fund, an annual Sh50 billion kitty that will require initial and supporting funding from the National Treasury. Ruto has also proposed increasing budgetary allocation to the Judiciary which has for years lamented its meagre resource allocation relative to the Executive and Legislature budgets.

By Peter Theuri 8 hours ago
Business
Where is the subsidized fertiliser?