Impact of US gaming on African markets 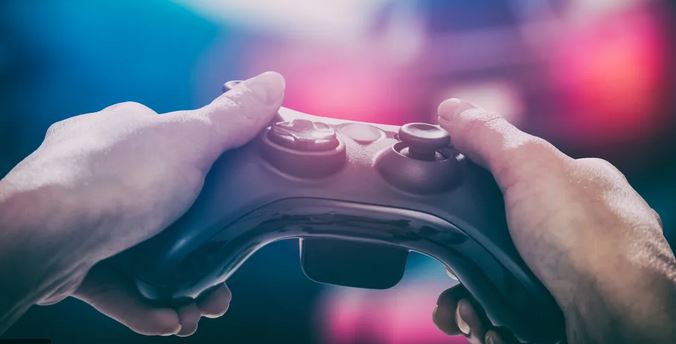 Gaming is a successful and ever expanding industry in the United States. The US market is worth around $36.9 billion US dollars, with around half of that coming from console games and a large percentage from mobile gaming. Both the US and China are considered world leaders when it comes to games development and gaming technology, they make up a huge portion of the total global games industry revenue, which sits at around $151 billion.

It has been predicted that by the year 2025, the global gaming industry will be worth around $257 billion dollars. The reasons for this significant growth rate include improved access to technology, particularly smartphones, as well as innovations such as cloud-based gaming.

The USA have influenced and inspired many countries and continents around the world to follow their lead in the gaming world and enhance their gaming technology further to be on par with the states.

Just a few years ago, most games were played either on PC or on consoles such as Xbox, PlayStation or Nintendo. However, with accessibility to fast and affordable smartphones increasing in recent years, the amount of people playing mobile games has skyrocketed.

While favourite game genres vary between different demographics, the most popular types of games are action and first-person shooters. On mobile, puzzle games are also very popular, while racing games tend to be well enjoyed across all different device types.

Also contributing to the success of the US gaming industry is the gambling sector as online casino games are growing in popularity in the United States. Online gambling is a hugely competitive industry, with so many games and sites now on offer, many casino operators including those new to the market, often offer great promotional deals in order to attractnew customers and try keep their existing customers loyal.

In the US, many states have now legalised gambling online and enforce a number of rules and regulations to ensure it is safe and fair for players and businesses. States where it is legal to gamble online include Delaware, New Jersey, Pennsylvania and West Virginia. And with more states negotiating the new gambling legislations, it is likely that more states will follow the lead and legalise online gambling activities in the future.

The rest of the world is looking towards America’s changing attitude on gambling regulations especially Africa. African countries vary when it comes to gambling legislations just like America and individual states. Some countries have legalised physical gambling activities however are yet to legalise online gambling and betting.

The Covid-19 pandemic has meant that most people are spending significantly more time at home. Due to most land based entertainment venues, pubs and restaurants operating at limited capacity or being closed all together, there has been the need to find more sources of home-based entertainment.

Gamers have spent around 30 per cent more on gaming this year in comparison to last year. It has also been reported that gamers across all age groups have been spending around 24 per cent more time playing games than they did before social distancing and quarantine restrictions were in place.

With the US being one of the global leaders in gaming, there is no surprise large continents such as Africa are looking at the US and wanting to follow in their footsteps. It is expected that in the next five years, the gaming market in Africa is expected to grow by 12 per cent, this is because of technology advancements allowing a better gaming experience and accessibility.

Many countries in Africa are experiencing a growth in the emerging gaming market, something that has been ongoing in the USA for several years. Africa’s gaming consoles and smartphones are becoming more accessible allowing more residents to play video games. As previously discussed, mobile gaming in America is a large market with devices now being released and marketed as a ‘gaming phone’, something Africa have been inspired by.

Demographics are also having a huge influence on the growth of the African gaming market. This continent is the only region that is experiencing an increase in its youth population, with the 0 to 24 years age group expected to grow by 50 per cent.

Statistics show thatin North Africa, 290 million people now have access to a mobile and depending on how wide the 3G and 4G coverage is, more people will have access to mobile games.

In Kenya, much of the focus for games development revolves around mobile and online gaming. The industry is $40 million US dollars and is expected to grow to $55 million by the year 2023. Games are also starting to be developed within Kenya. Nairobi based games developer Weza Interactive released their African themed game ‘Mzito’, which has achieved over 20,000 downloads so far.

And it’s not just the normal gaming market, the online gambling world in the USA has also had an impact on Africa and the wider globe. With the USA relaxing their regulations on online casinos and betting, it is likely that this will affect other countries that currently hold tight restrictions. Will we see more countries allowing online gambling?

At present, most games played on the African continent have been developed in the US, as these are the most widely available. However, as the gaming market grows in the country, we can expect more developers to establish themselves there.

The US gaming industry is thriving despite current economic uncertainties and impacts from the Covid-19 pandemic. As Africa’s youth population continues to grow, and tech becomes more accessible, we can expect to see gaming gain popularity there also. It is clear that mobile gaming in particular is an ever expanding market in the US, Africa and across the world.