Business
The Kenya Bureau of Standards has warned the public against the consumption of some brands of maize flour. 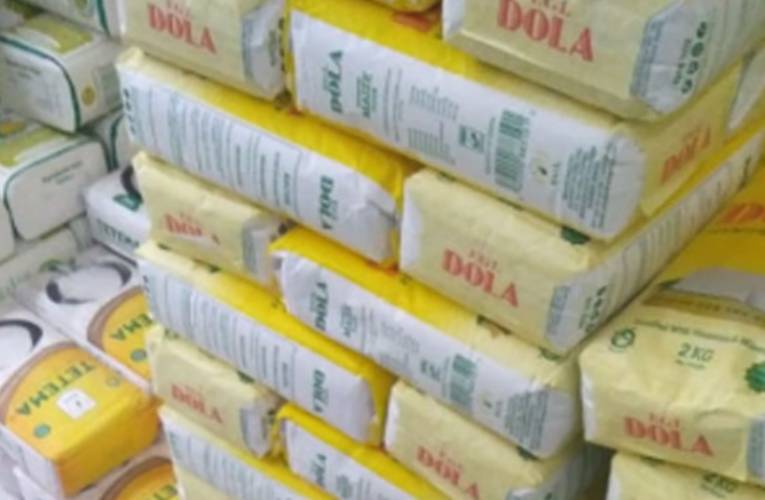 The Kenya Bureau of Standards has banned 17 maize flour brands.  In a statement dated January 29, 2020, the quality agency warned the public against the consumption of the maize flour brands whose aflatoxin levels, it says, are higher than the maximum limit. They include; African King, Unique, MLO, City Corn, Sarafina, Tosha, Shiba, Hakika Best, Budget, Wema, Jomba, Adardere Mupa, Afya, Uzima, Tetema and Dola.

In a statement, KEBS said the products do not meet the required standards as they had high levels of aflatoxin.  “While conducting its mandate of Market Surveillance, KEBS has tested maize meal brands and has found some of them contain levels of aflatoxins higher than the requirement of the relevant Kenya standard making them unsafe for human consumption,” KEBS stated. The agency directed supermarkets countrywide to remove the products from their shelves. “Kindly communicate through email giving the quantities and the brand names being held. We will make arrangements to collect them,” KEBS said. Last year the quality agency, banned Dola, Kifaru, Starehe, Two Ten and Jembe.

SEE ALSO: Wrong thermometer gun readings: The user could be the problem

Dola and the Kifaru were later allowed back to the shelves following the implementation of the required corrective actions ordered by the standards body. But in the latest ban, Dola is among the brands that have been banned barely three months after the ban was lifted. According to the Cancer National Institute of the US, aflatoxins are a family of toxins produced by certain fungi that are found on agricultural crops such as maize, peanuts, cottonseed, and tree nuts. The main fungi that produce aflatoxins are Aspergillus flavus and Aspergillus parasiticus, which are abundant in warm and humid regions of the world, it notes. These fungi can contaminate crops in the field, during harvest, and even storage, experts say.

Human exposure to aflatoxins has been associated with an increased risk of liver cancer infection, according to medical authorities. The World Health Organisation warns that long-term exposure to a high level of aflatoxin can have health consequences. These may affect all organ systems, especially the liver and kidneys; they cause liver cancer and have been linked to other types of cancer – AFB1 known to be carcinogenic in humans. They also affect the DNA, genotoxic, and have the potential to cause birth defects in children. The aflatoxins also cause immunosuppression, therefore may decrease resistance to infectious agents such as HIV, tuberculosis.

Here are the eight brands of sanitizers banned by KEBS

Detectives investigate tenders worth billions of shillings at port

Detectives investigate tenders worth billions of shillings at port