I want African nations to have more say in standards body 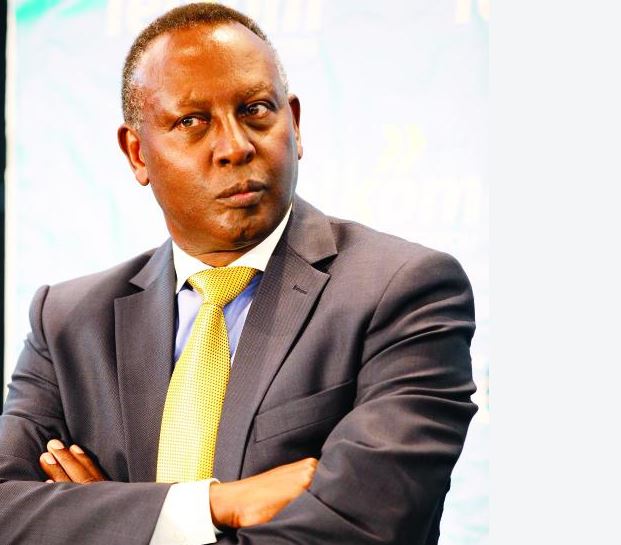 On January 1, 2020, Eddy Njoroge will take over the presidency of the International Organisation of Standardisation (ISO). He will be the first African to lead the global standards body, the entity that sets the bar for products and services across different industries. While he could have opted for an office in Geneva where ISO is headquartered, he has opted to have the ISO president’s office in Nairobi. And even before he sets foot in the office, he is clear what success will look like at the end of his tenure – bringing Africa and other developing countries to the table where standards are made. He expects to reverse a scenario where these countries have been what he terms just ‘standard takers’ but also become ‘standard makers’.

For two years, Njoroge will chair the ISO Council, which works like the board of a company, made of 20 countries represented by their respective standards’ bodies. Membership to the council is rotating and any of the 164 countries that are members of ISO can be council members. There are, however, countries which have permanent representation including the United States, United Kingdom, Germany, Japan, France and China. Success, Two-fold The council oversees the governance of the Geneva-based organisation. “Success will be two-fold for me – if there is more involvement of developing countries in making of ISO standards and getting more people on the street to know about standards. If I achieve these two, a lot will fall in place,” said Njoroge, who has in 2019 been serving as president-elect after he was elected unopposed last year. Currently, only a handful of countries from the developing world are involved in the making of standards, and even then, they are barely audible. This has put them at a disadvantage, as in many matters, they are required to implement standards that they did not play a part in developing. This sees many countries unable to meet these standards and hence locked out of many opportunities including global trade.

“When you look at standards today there is realisation that there are not many developing countries involved in standards, especially making of standards,” he said. “I felt there is need to get developing countries participate more in the making of standards. One of the ways of doing this is to get involved at the governance level of ISO especially at the top and that is how I offered myself for the presidency.” Elected unopposed Njoroge has a challenge in his backyard, where Kebs, where he is a board member, appears to always be putting out fires every other day, all of them seemingly due to poor enforcement of standards as well as governance challenges at the entity. The scenario is no different from the standards bodies across many African countries. The former KenGen boss was elected unopposed during last year’s ISO General Assembly in Geneva, Switzerland. He had, however, missed the presidency two years earlier, when in 2016, Njoroge had vied but lost to the current president John Walter.

Njoroge had been nominated as a candidate by Kebs. This is usually the case for the ISO presidential candidates – they have to be fronted by their home country’s standards body. The 164 ISO members – which are countries represented by their standards bodies – then vote for their preferred candidate. In 2018, Njoroge was unopposed. “I had offered myself for the presidency in 2016. Then I was completely green but I sold the story of what I wanted to do and there was quite a lot of support. I lost by one vote and many people thought I should come back. In 2018, I went back and was elected unopposed to the president-elect this year and takeover next year for a two year period,” he said. Past ISO presidents have all been from the developed countries, except in three instances where there was one from Brazil and two from India. “We have not had anybody from what you can truly call developing countries,” noted Njoroge. “That is why I want to be the voice of the developing countries and get them more involved. We have over 300 technical committees within ISO, which are the developers of standards but we have very few developing countries in these committees.” “We must sit at the table to safeguard our interests. What mostly happens is that standards are developed and while we, as developing countries have not participated, have to take them when they are adopted as global standards. I would want more countries to participate.” While participation in the committees is critical, there are usually cost implications which limit them. It involves a lot of travel, as in many instances the committee members have had to meet physically, which comes with a lot of commuting. “One of the things that we are trying to do is where committees have to meet physically, we will try and fundraise to help developing countries. Within ISO, we are going to look into how we can have a bigger budget to support developing countries in their participation in technical committees. I am also trying to engage donor agencies who would be keen to get more people to participate in the technical committees,” Njoroge said. “The other way is encouraging the use of technology among committees. People do not have to meet physically and this makes it easier to participate. But we need them to come out and offer themselves.” Bringing the developing world to standards’ development table is one of the four agenda items that Njoroge has for his presidency. His other goals will be to deepen understanding of standards to the common person, use standards to catalyse industrial growth in an era of technology and employ standards in redressing trade imbalances. The latter, being critical for countries in the developing world. “I intend to champion, promote and lobby for the use of international standards whenever possible as a basis for technical regulations. This will not only ease the regulatory burden to countries but will also ensure a mutual acceptance of both domestic and imported goods,” he said. ISO has a four year strategy (2016 – 2020) whose rallying call was ‘standards used everywhere’. And while this will be coming to an end as his presidency begins, Njoroge said he has adopted this as one of his key agenda as the leader of the global standards body. “I feel that ‘standards used everywhere’ is something that we should still aspire to,” he said.