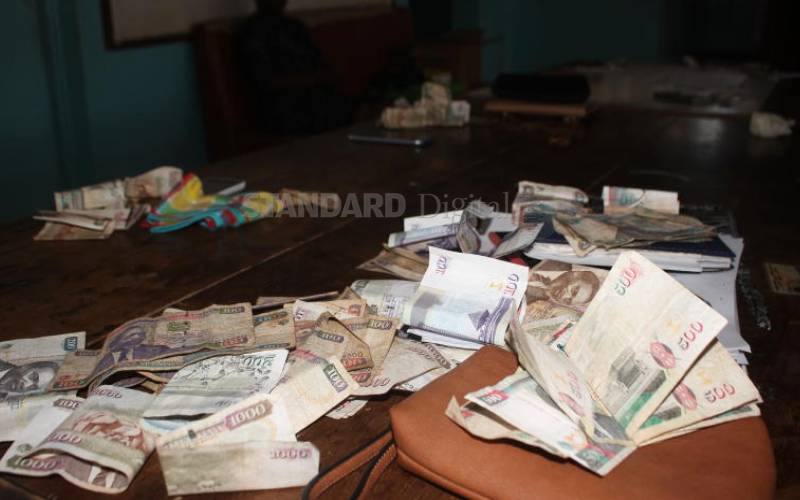 The average Kenyan household spends a big chunk of its paycheck on food, with some essential supplies having doubled in their value between 2009 and 2018.

Prices of such items as tomatoes and matumbo (offals) have risen by 120 per cent and 101 per cent respectively in the nine-year period under review, according to a new report by the Kenya National Bureau of Statistics (KNBS).

This saw Kenyans dig deeper into their pockets even as economic conditions hardened, with a number of companies laying off workers.

Official data shows that between 2009 and 2018, the average Kenya household with income of between Sh10,000 and Sh20,000 surprisingly spends most of this income on food.

During the period, the prices of food and non-alcoholic beverages rose the fastest, hitting poor Kenyans hard as these items formed the biggest expenditure in the household budget.

Changes to consumer spending has had far-reaching ramifications on the rest of the economy since there are warning signs that consumer spending is already declining, with some items believed to be out of reach. For example, changes in consumer behaviour are threatening traditional retail companies and have already led to thousands of lost jobs.

A kilogramme of tomatoes, which was retailing at Sh41 in 2009 has since risen to Sh91 last year.

Tomatoes, a vegetable that can’t miss in the preparation of local dishes including kachumbari to spice up nyama choma, is certainly on high demand alongside onions, cabbages and coriander.

Offals, known as matumbo in local lingua, has also been on high demand as Kenyans who can’t afford meat turn to the delicacy that has found its way even in high-end hotels.

It is not clear why the price of matumbo has gone up or why its supply has declined, but it is possible that high demand in beef might have pushed people into what appears like a cheaper alternative.

Other consumer items that experienced a spike in price include sukuma wiki and Irish potatoes.

Half a litre of Tusker beer was another consumer product that has skyrocketed. The drink retailed at Sh163 last year, up from Sh90 in 2009.

Alcoholic drinks have been the government’s cash cow, with the Treasury levying taxes on liquor every other fiscal year.

A kilogramme of maize grain, the country’s staple food, was retailing at Sh49, having increased from Sh27 nine years earlier.

Other than a bottle of Tusker beer, the other non-food item that did not feature in the top 10 list of money-grabbing consumer products was match sticks. A box of matches retailed at Sh5 in 2018 from Sh3 in 2009.

Rice and eggs also registered an increase in prices during this period.

Those with business acumen have been quick to lunge at the opportunity, as they put most of their money into production of food items.

Between 2009 and 2018, the manufacture of food products registered the fastest in job creation at 68 per cent, according to Statistical Abstract for 2018.

Low-income households spend close to half of their income on food and non-alcoholic beverages, which means that an increase in prices of food hits them the most.

Overall, a third of Kenyan households' income goes to food and non-alcoholic beverages.

Food items that did not experience a sharp increase in prices include two kilogrammes of wheat flour, and a kilogramme of maize flour and tea leaves, as supply somehow outstripped demand.

President Uhuru Kenyatta has set his legacy on ensuring food security to enable all Kenyans get nutritious diet.