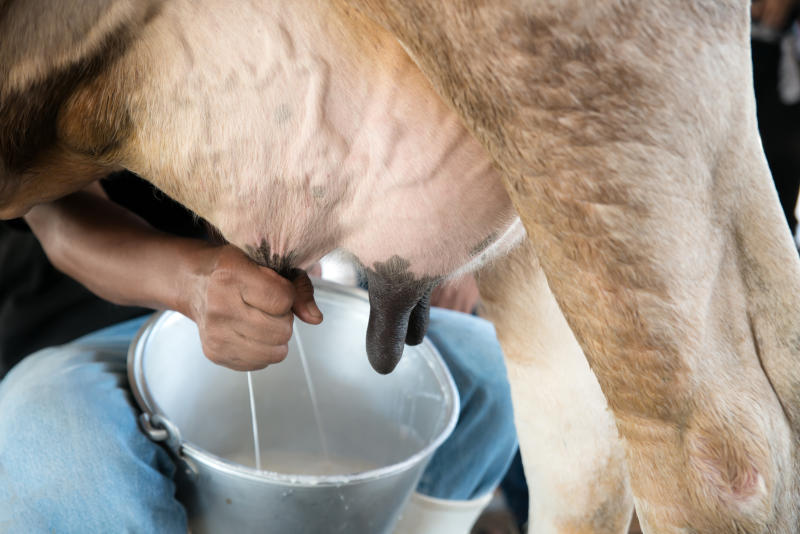 Governor Francis Kimemia has called for the formation of an inter-governmental team to look at the distortion of milk prices in the country. This follows the drop of milk prices by processors from Sh 35 to the current Sh 17 across the country.
The move has caused protests by farmers over the poor prices. "It is not normal that producer prices have continued to plummet while shelve prices have remained the same. This is a product of market distortions which are exacerbated by the international market dynamics within the East African Community's tariff structures which are disadvantaging our farmers," Governor Kimemia said.

SEE ALSO: Government should save dairy sector threatened by the coronavirus

The County head raised alarm over the uncontrolled milk imports, especially powder, which stood to hurt the dairy market calling on the national government to check on the imports. Calling for policy interventions, which would compel both state and non-state agencies to first exhaust both liquid and powder milk in the country before being allowed to import, the Governor said that such a strategy would create a steady market for the local producers. "Our state organs like the disciplined services, UN agencies and other humanitarian organizations should first use what's locally available before venturing into imports. Let our policies are producer-conscious and our efforts geared towards putting money into the farmers’ pockets," he recommended. Kimemia said that the government should also look into how it would reduce the prices of dairy feeds, which were turning out to be expensive. “We should also look into this issue as our farmers are being hurt. The dairy sector contributes mainly to the GDP of this country and we should consider solutions facing this sector” he noted.