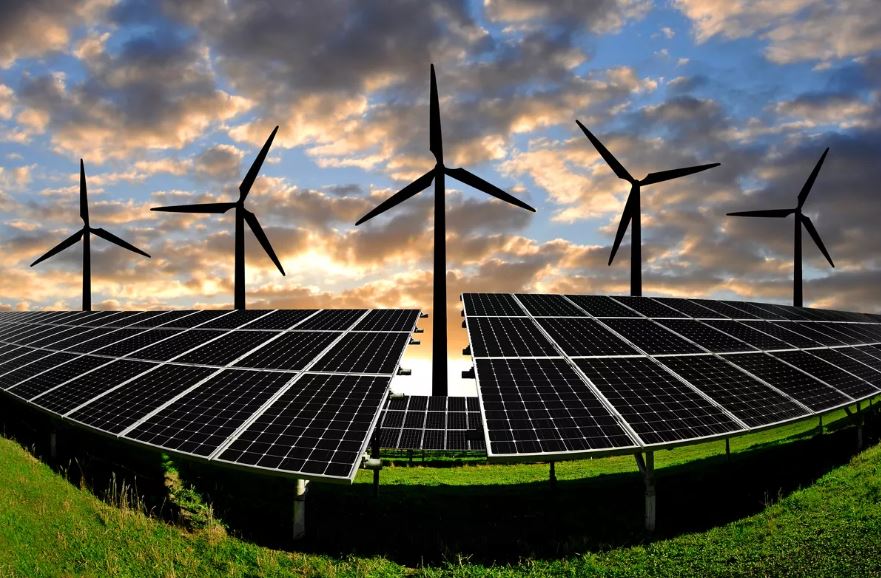 Kenya has in the last few years developed a huge appetite for renewable energy. Propelled by Government targets, friendly policies and a private sector keen to get a slice of the sector’s power deals, investments in solar, wind and geothermal have soared to hit a record high. The biggest puzzle, however, is that the cost of power is yet to go down, even with a spike of renewable energy into the national grid.

The country is also headed for an oversupply. Government data shows that the proportion of electricity from renewable sources rose by 11 per cent in 2018 from 75.5 per cent in 2017 to about 86. Last year, Kenya saw investments in renewable energy hit Sh145 billion, according to a United Nations Environmental Programme (UNEP) report. This was the third highest in Africa, trailing only South Africa and Morocco. Kenya’s installed power generation capacity stood at about 2,711 megawatts (MW) as of December 2018, growing as a result of additional power from wind and solar, while peak demand stood at 1,860MW. Of the installed capacity, 862MW (30 per cent) is produced from hydroelectricity, while thermal plants account for 807MW (29 per cent) and geothermal 663MW (24 per cent). Wind accounts for 336MW (12 per cent). President Uhuru Kenyatta had previously announced an ambitious plan to attain 100 per cent green energy by 2022. This was in light of Kenya’s current energy mix where 70 per cent is renewable – hydro, wind and geothermal. However, investments worth billions of shillings have been sunk into the wind and solar power projects. Investors targeting grid projects also seek to benefit from Power Purchase Agreements (PPAs) while those in off-grid, especially, solar target the market mostly in the slums and rural Kenya. The electricity supply was partly boosted by a rise in wind and solar energy, with the growth in hydro, wind and solar leading to a decline in generation from thermal sources. Government plans to exit thermal generation in the next few years. A recent study by Global Off-Grid Lighting Association (Gogla), the global association for the off-grid solar energy industry showed that 94 per cent of people living with off-grid solar home systems reported improvements to their quality of life. The survey was based on data gathered from 1,419 small-scale solar home system owners in Kenya, Mozambique, Rwanda, Tanzania and Uganda. Dubbed Powering Opportunity in East Africa: Proving Off-Grid Solar is a Power Tool for Change, the study says 34 per cent of households undertake more economic activities, thanks to their solar home system. Over 28 per cent of the households reported that they generated an additional income of $46 (Sh4,738) a month on average. The main source of light used before purchasing the system was kerosene at 40 per cent - a dirty fuel that has health risks but is the most used by most poor Kenyans. Gogla East Africa representative Patrick Tonui said Kenya was ahead of its peers in ensuring energy access to all. In 2015, the Government launched the “Last Mile Connectivity Programme” aiming at universal access to electricity by 2022. Mr Tonui, however, noted that despite the success of the programme, some places have not been connected to the grid owing to remoteness and lack of financial resources. He observed that these places could not “wait for Kenya Power,” and had to embrace solar power to light homes. “Despite the success of the last mile, there are some places in Kenya that have not received grid extension as they are remotely dispersed,” he said. Private investors, especially in solar systems, may not be making huge returns at the moment but have seen the market potential in the long run, he said. “There are 600 million people that are off the grid in sub-Saharan Africa... it signals profits as the firms have realised markets need access to light and power.” Tonui said the Government needed to offer more support to the private sector in doing off-grid projects in rural and slum areas, noting that people’s health and quality of life had improved for those using solar systems. Income for informal sectors in businesses such as barbershops and agriculture also improved. Africa’s biggest wind plant – the Sh68 billion ($680 million) Lake Turkana Wing Power project – was commissioned this year, injecting 310MW of renewable power to the national grid. The completion of Unit 1 of Olkaria V Geothermal Power Plant has also seen some 79MW added to the grid. The power plant is expected to inject 158MW to the grid once Unit 2 is accommodated to the grid. The Kipeto Wind Power Project in Kajiado is also expected to add 100MW to the grid once completed. Most of the mega power projects are being done in rural areas. Recently, Meru County signed a Sh15 billion deal in Japan during TICAD to host Africa’s first hybrid renewable energy plant. Meru County Investment and Development Corporation will own part of the project once it is operational, with the project is expected to earn the county revenue and benefit locals. The Kenya Investment Authority (KenInvest) and the Meru County Government inked the pact for the project with global renewable energy developers Windlab and Eurus Energy. Solar panels The facility will provide up to 80MW of clean energy, consisting of up to 20 wind turbines and more than 40,000 solar panels. It is expected to power over 200,000 households. The UK Government has also invested Sh220 million ($2.2 million) in the development of two solar power plants in Samburu and Narok. The plants, each with a capacity of 10MW, are expected to light most private-sector solar investments in the country - either large-scale plants or local mini-grids or solar systems. In western Kenya, there are plans to set up two solar projects at a cost of Sh14.7 billion to supply green electricity to 300,000 households. Among the key backers of the projects include the European Investment Bank and the Dutch bank, Nederlandse FMO NV. KenInvest says Kenya is the eighth largest global producer of geothermal with 14 high temperature potential sites along the Rift Valley.   [email protected]