Business News
Kitonyi says he was elected in March to represent Nairobi, Central and North Eastern in the IHRM council for three years. 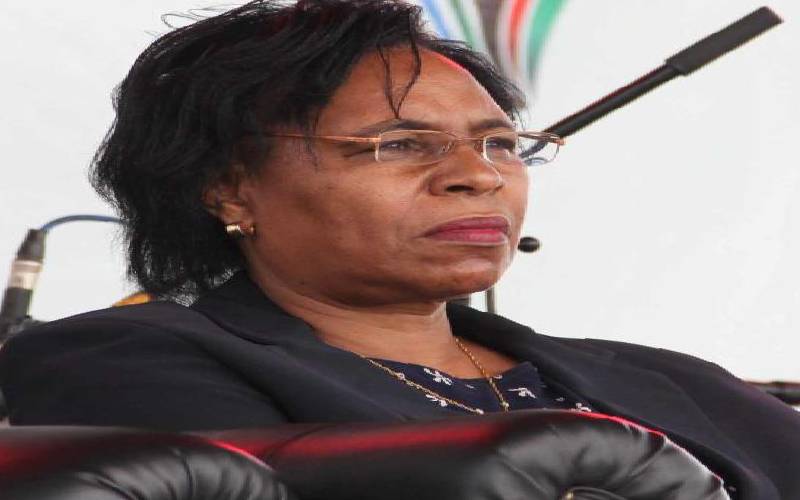 An employee of Central Bank of Kenya has sued Public Service Cabinet Secretary Margaret Kobia (pictured) for declining his election to the Council of Institute of Human Resource Management (IHRM). Peter Kitonyi wants to stop the IHRM council from conducting its business in a move that is likely to paralyse activities of the institution in overseeing human resource operations, if the High Court rules in his favour. According to Dr Kitonyi, he was elected in March to represent Nairobi, Central and North Eastern regions in the IHRM council for a term of three years, but Prof Kobia refused to gazette his name in unclear circumstances. “The CS and the IHRM leadership are acting with impunity in refusing to gazette me to serve in the council despite being validly elected by the members. No one has ever challenged my election victory to warrant the decision not to appoint me,” he said.

Kitonyi, who was seconded to IHRM by the Institute of Certified Public Accountants (ICPA), claimed the decision to omit him from the list of elected officials had no basis in law and was done in bad faith to divide the IHRM membership. He explained that he applied to be elected a member of the IHRM council in March, and fulfilled all requirements after which he was declared the winner in the election conducted by ICPA. Kitonyi argued that no member had challenged his election, as specified in the IHRM constitution, which gave a period of two weeks for filing of appeals. He swore that he was surprised when the CS published the gazette notice on June 7 to notify the public of the new IHRM council members, but omitted his name while gazetting those of Joseph Onyango, Bildad Kisero and Stephen Malakwen. “It was an act of discrimination, as the four of us were duly elected, but the CS selectively chose to decline my appointment. I have made efforts and inquiries to find the reasons of my exclusion to no avail,” said Kitonyi.

He wants the court to order CS to gazette his name as a council member within 30 days. Justice John Mativo directed him to serve the application and file submissions before hearing on September 24.