Financial Standard
However, fuel prices can be hedged through future contracts. 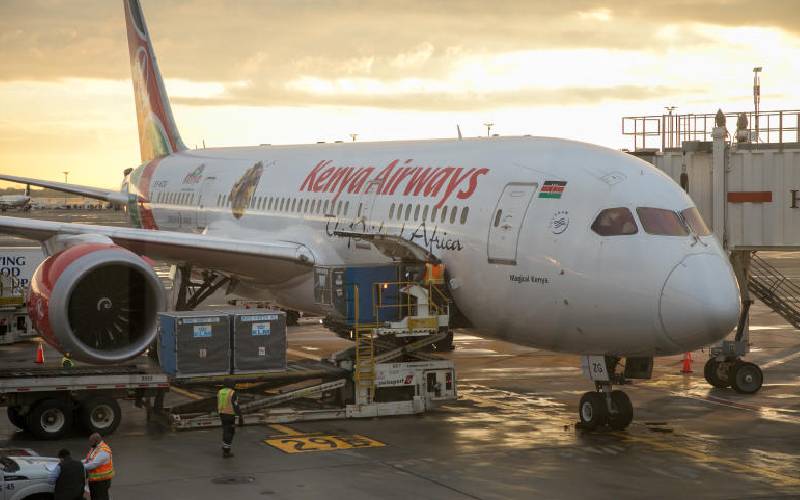 The Government must make a quick decision about the future of Kenya Airways (KQ) to save the taxpayer and other stakeholders from perennial economic and social costs. The latest annual report of the national carrier shows that it posted losses running into billions of shillings for another year despite renewed efforts to get it back on its feet. The latest numbers confirm what we have always feared as a country: that the national carrier is beyond redemption.

As such, maybe it is the time the shareholders cut their losses and wound up the airline; if it is not working, leave it. This will save the company from having to perennially throw money at an incurable problem that continues to be a drain on taxpayers. The management has failed to propel the company back to profitability, financial stability and growth. Parliament has, therefore, had to spend a lot of time and resources making inquests into what ails the airline while consultants have also been paid millions of money.

Expatriates have been recruited to oversee the affairs of the company, yet the airline keeps reporting massive losses.

SEE ALSO: Why we should not let coronavirus kill off KQ

Companies exist to create wealth for stakeholders, but in KQ’s case, they continue to watch in dismay the decline in share price year in, year out. My argument has been that we need to shift focus from restructuring the liability side of the balance sheet to the asset side of the balance sheet because it is the assets of a company that generate revenues. It is from the revenues generated that firms realise cash to service the obligations emanating from the liability side of the balance sheet. Financial experts argue that it might not matter much how you finance your assets, but what matters is how you package the assets to generate products and services attractive in the eyes of the customers. Firms that generate huge revenues comfortably overcome financial risks and are unlikely to be in KQ’s position.

SEE ALSO: No easy ride back for Kenyans in diaspora

The national carrier will not be the first airline to go under; many have gone down that route. For firms in difficulties, survival is one option. The other options are to sell the airline as the UK regional airline Flybe did or allow the airline to collapse altogether as happened with Flybmi. Another example is the collapse of Monarch Airlines in October 2017 which was referred to as the biggest airline failure in the history of the British aviation industry. At the time of its collapse, the airline was 50 years old and at one point the fifth largest line in the UK. The reasons for its decline that mirror the KQ situation included years of financial difficulties and low ticket pricing policy.

SEE ALSO: Will we ever get cheap flights again?

Simply put, Monarch Airlines was not generating sufficient revenue. The airline received funding from private equity businesses to the tune of millions of pounds, yet it still went under.

The reasons why airlines fail are the same worldwide - fuel costs, bad management, falling passenger numbers due to competition from rivals and recently insecurity due to rising cases of terror attacks. In KQ’s case, an increase in fuel prices and falling passenger numbers are largely to blame for the drastic decline in profitability. However, fuel prices can be hedged through future contracts. To sum it up, KQ’s survival strategists should not only focus on ownership and ownership structure as Parliament has suggested.

Ownership of the firm can be central to how it performs but to a very low extent. The Parliamentary report is more about ownership structure and not organisational structure and therefore limited to solving KQ’s problems. The airline’s management should tell Kenyans the full story about future profitability and growth before asking for more money from shareholders and debt holders. While at it, they should remember that there is an open sky policy out there, with competition rising by the day. The banks that lent KQ money made a bad credit decision and should not punish taxpayers for it. To make up for their poor decision-making, they now appear hell-bent on recouping their money at whatever cost, something that Parliament must resist. Enhanced management and skills to run an airline might be central to solving KQ’s problems; otherwise, if it is not working, leave it. The writer teaches at the University of Nairobi