The Government has put in place elaborate measures to inject life into the ailing cotton industry.

According to Industry and Enterprise Development Principal Secretary Julius Korir, the Government has launched a pilot programme which will see hybrid cotton seeds from Israel tried on 500 acres of land in Bura, Tana River County.

The Government plans to scale it up to other cotton-growing areas once it becomes successful. The first planting will be done in September.

Rivatex spreads its wings to Nyanza

Korir said the programme is being undertaken under a tripartite arrangement, which will see Rivatex offer ready market to farmers. Other players in the arrangement include ginneries and the Ministry of Agriculture.

“The idea was to pilot these new seeds and see if the yields will improve. Once the yields improve, the unit cost for the farmer will go down and whatever price we are going to get from the ginnery will encourage farmers to even produce more,” explained Korir.

In addition to Sh1 billion funding from the Government factored in the last two financial years, the Government also secured Sh2.9 billion from the Indian government to help in the modernisation of Rivatex.

“We signed an agreement with the Indian Government for an extension of about Sh2.9 billion funding to Rivatex so that it can now modernise. We hope that in the next two years, Rivatex will be a State-of-the art factory,” said the Trade and Industrialisation Principal Secretary.

Korir was however quick to point out that the Sh3.9 billion that the miller received was not enough to make it competitive.

“For Rivatex to modernise and become a 21st century textile mill, it requires about Sh4 billion,” he said.

The cotton industry slumped from its high of 1970s and 1980s when the sector used to receive subsidies from the Government. It was liberalised in the early 1990s.

About 78,000 bales of cotton lint were produced annually before liberalisation. These have since gone down to a paltry 4,000 bales.

Selling prices in Kilimani have dropped more than 5 per cent since last June to lead in the slump that has also been witnessed in Donholm, Eastleigh and Ridgeways, according to findings presented by real estate consultancy HassConsult.

By Vivianne Wandera | 2 hours ago 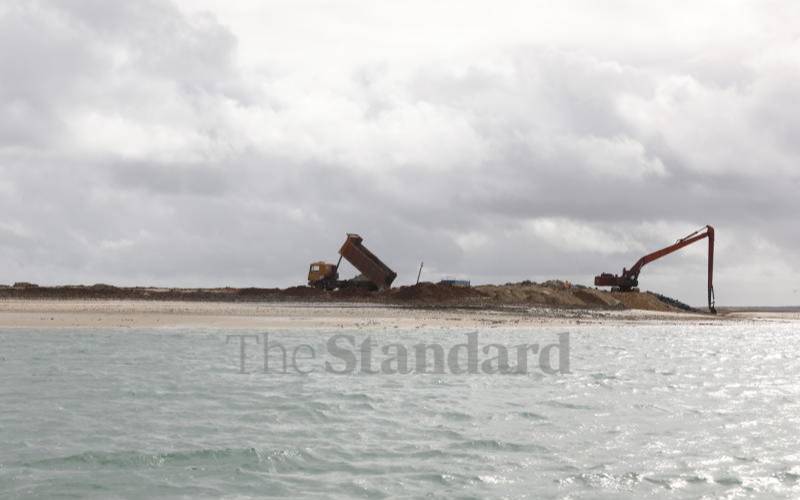