NAIROBI: In 1975, Congolese songster Mbubi Malanda lamented about my generation. He called us La Nouvelle Generation. We were the adolescent generation of the day, a restless new demographic. Like all youth, we thought that we had invented the sun. In fact we thought that we had invented everything under the sun. We knew everything! And we disturbed people like Mbubi Malanda and his producer and saxophonist, Verckys Kiamwangana Mateta. We were savouring the joys and pleasures of freedom far from the sheltered and suffocating confines of home. Male and female alike, we operated on the fuel of youthful adrenaline. The girls were learning to perfect the art of feminine coquetry while the boys cherished their budding machismo. Our bald heads today carried natural Afro wigs, in the style of James Brown, the American king of soul at that time.

We wore Levis and Lee jeans with slim fit tops, after Elvis Presley. The girls were stepping out boldly in long trousers, to the chagrin of many an elder. The boys displayed their pectorals for all who cared to see. We swung in high-healed platform shoes and bell-bottomed flares. We called ourselves “cool cats.” And we liked trendy and dressy role models. Kiamwangana Mateta Wanzela Mbongo was one of them. I often operated under the sobriquet of Mario Matadidi Mabele Bwana Kitoko. The man Kiamwangana regaled us with one new hit after the other. Having rebelled and — Tout Puissant — Orchestre Kinshasa (TP OK) Jazz, in 1968, Verckys had gone on to constitute his own Orchestre Veve. Veve would presently begin giving TP OK Jazz a run for its artistic monies. Then came the production house, Editions Veve, the mother of such hits as Matoba, Engunduka, Lukani, Masua, Mombassa — and numerous others, as we remember. We were happy to be young and yes, we thought we had invented the sun.

But while delighting us with these great hits, Verckys and Mbubi left us breathless with Nouvelle Generation. Mbubi said that we were a generation whose ears towered above our heads; “Generation ya sika matoyi eleki moto oh!” he sang. We were hard of hearing. We followed our whims and dreams. Boys and girls alike dropped out of school, to wallow in leisure. Some got into precipitate marriages. They had no idea what awaited them in their ill advised rushed nuptials. Mbula Malanda lamented about the short lived sweetness of our youthful blunders, “Libala oh, libala ya sika elengi mingi!” The big irony of the day was the verve and gravitas with which we danced to the orchestra and the lyrics of Nouvelle Generation. Never mind that we were the dubitable focus. We danced at school and away. We danced on the roadside and in the alleys. We danced in social halls and, soon enough, even sneaked our way into pubs. We danced! We secretly explored and discovered the meaning of life. And so Orchestra Lipua Lipua thought they should do this number about us, la nouvelle generation of the 1970s.

Yet la nouvelle generation is always there, each imagining like the one before, that it is the founder of the sun, life and the mechanism that produces life. Does every new generation seek to take its youthful exploits several notches higher than all others before? If Mbubi Malanda thought that the youth of the ‘70s were rushing into early marriage, he should know that marriage is today increasingly anachronistic. Transient group binges are more like it. Invitations are sold in the open. They may read in part, “No rules, no regulations. The less dressed, the better. Bring your own high, even grass.” The orgies are recorded and sold abroad, the Film Classification Board says! And the youth say, “Leave us alone! Run after the thieves in government!”

In the end, the new generation invents nothing. If sexual aberrations and orgies are the hallmarks of freshness and liberation, they bring nothing new. Indeed they take the parties back to the jungle where, in the words of say “Project X,” there would be no rules, no regulations. Accordingly, in the words of the philosopher Voltaire, our youth will crawl on four legs even as they serenade and mould. They will narrow the space between them and wildlife. Mbubi Malanda would say to them, “Sala la vie malembe, na-repete malembe!” Which is to say bite life gently, I repeat gently, it is hot!

For their part, older generations need to ask where they went wrong. If our ears once towered above our heads, we were only too eager to begin families. Where did we go wrong? Why is the product of our towering ears overwhelmed with prurient appetites that have absolutely no redeeming social value? In the end, it cannot be just the youth. Have we failed the test of parenthood? As I said, we danced at school in our time. Sometimes a girl’s school visited and we danced together. Today this is anathema. Do we bottle up the youth so much that when they get a little space away from school they don’t even know what to do with it? Or do they act out of frustration? Do they find life meaningless as a result of absence of opportunities? Are they overwhelmed with a sense of hopelessness in a country whose leaders are forever quarrelling, stealing and abusing one another? Are they looking for an escape route from daunting reality?

Kenyans too steeped in rat race to see graft manholes ahead

One of the most remarkable things about literary art is that, at its breathtaking finest, it transports you from the here-and-now to beautiful countrysides of ideas and transcendental sublimity. 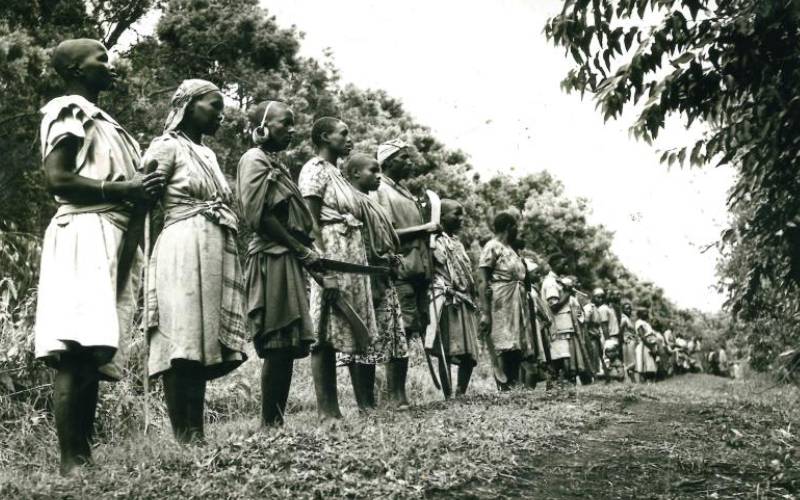 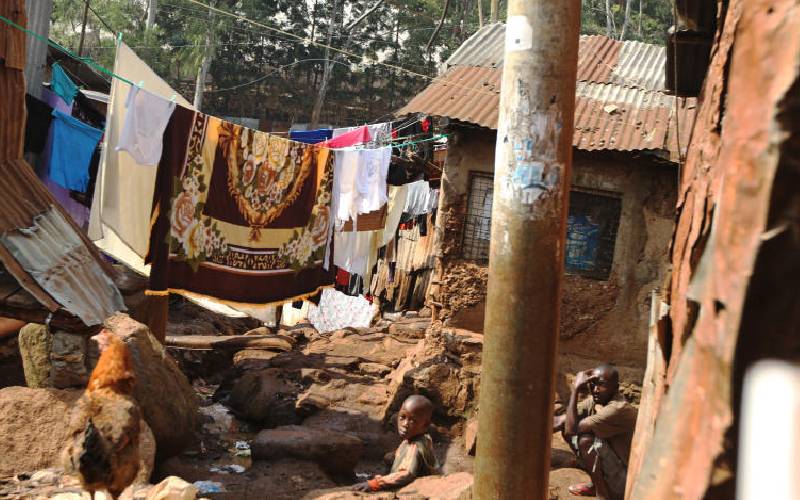 By Barrack Muluka | 20 days ago

By Barack Muluka | 27 days ago