By Hudson Gumbihi | 1mo ago 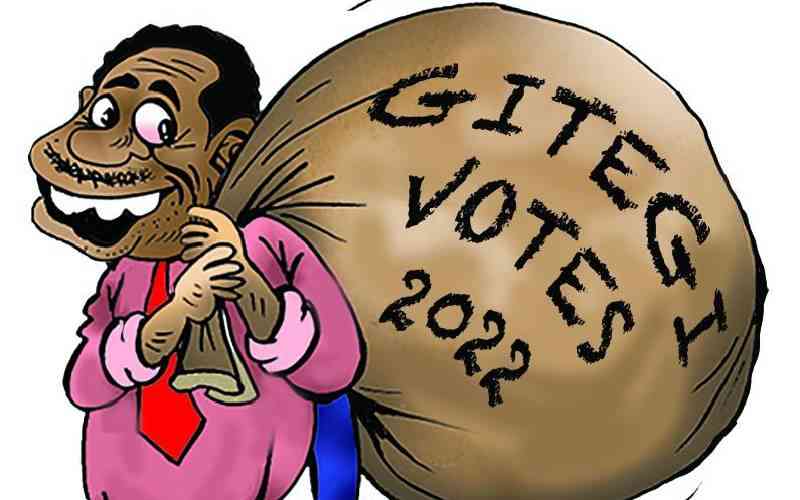 At the crack of dawn Tuesday morning, Gitegi went to the ballot. For hours, the villagers queued, waiting for their chance to vote in the least competent leader.

It was chilly and most of the villagers came fired up to do the wrong thing, as usual. We had announced the end of the campaigning period but early morning, it was reported to the commission that Harold had been spotted handing over wee sachets to the voters, which was meant to influence them.

We dispatched a group of sleuths and discovered that Harold was handing out peas to the voters. When we immediately summoned him to the directorate headquarters, which is also his own house, he claimed he was simply spreading peace.

We had procured new kits, which are used by our local football teams, from Kimani. We labelled them Kim’s kits, and these were to be worn by presiding officers at the polling centres for easy identification.

The first polling centre was at the Harold Assemblies of Holy Associates (HAHA) church, while the second was in Sue’s drinking den. The third was outside our house, which has been the village’s brown house, an equivalent of the white house but whose wooden exterior cannot ever be white.

One after the other, voters came into the polling station and we issued them with marked ballot papers, which they then dropped inside a bucket. After a few rounds, some officers picked the cast ballots and passed them on to new voters in the queue. Some voters demanded to have unmarked papers and we provided that.

By midday, the voter turnout had topped 150 per cent. If you have followed elections in this village, you know turnout can cross the 300 per cent mark, easily. It could be good if every candidate can garner support from 100 per cent of the registered voters, banishing any chances of unease even in a loss.

The electoral commission had required that all the forms be brought to the main tallying centre by evening. But we did not have enough young men to ferry forms from the church; we already had transported two on which the presiding officer at Harold’s tallying centre sat.

We started hearing a rumour that Harold was being walloped by Sue at Sue’s tallying centre. Sue was, herself, the presiding officer in that polling station, and it was of little surprise the local media doubted the credibility of the results there.

But then, Harold was leading at Harold’s tallying centre, and Pete was doing well at HAHA tallying centre, where the electoral body set camp later in the afternoon. When, in the early evening, the final votes had been cast and voters went back home to await the inevitable coronation of the serial autocrat, we sat to aggregate results and announce the winner. While Harold came to the main tallying centre, Sue decided to keep patrons at her pub busy. She gave free alcohol to the first few revellers, and when information reached us about that development, Harold rushed down to the pub.

Immediately Harold had left, the third horse, yours truly, overtook him. We asked the electorate to keep calm as we continued with vote counting.