The list of Senators who voted against impeaching Ferdinand Waititu

The Senate on Wednesday night voted to uphold the impeachment of Kiambu Governor Ferdinand Waititu after the House found him guilty of three charges.

Senate Speaker Keneth Lusaka read three main charges on which the lawmakers voted on whether to uphold or reject Waititu’s impeachment motion.

The charges encompassed gross misconduct, abuse of office and engaging in corruption. For the first charge, those in support of the motion carried the day with 27 versus 10, then 28 versus 11 for the second and third charges.

Standard Digital saw the list of how the Senators voted in the three charges.

Those who voted against the motion include: 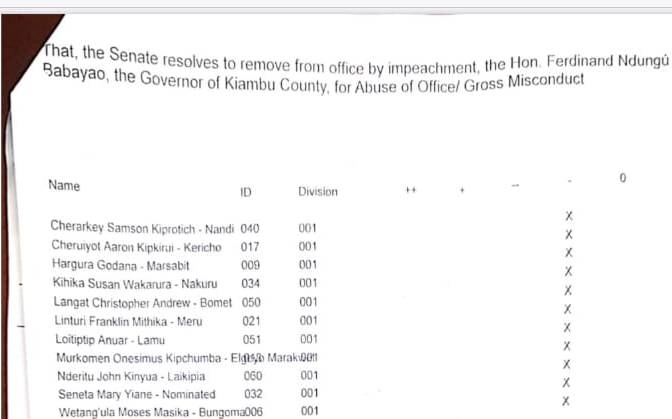 A team that voted for the motion, on the other hand, comprised Kieleweke political wing of Jubilee, ODM and Wiper members. 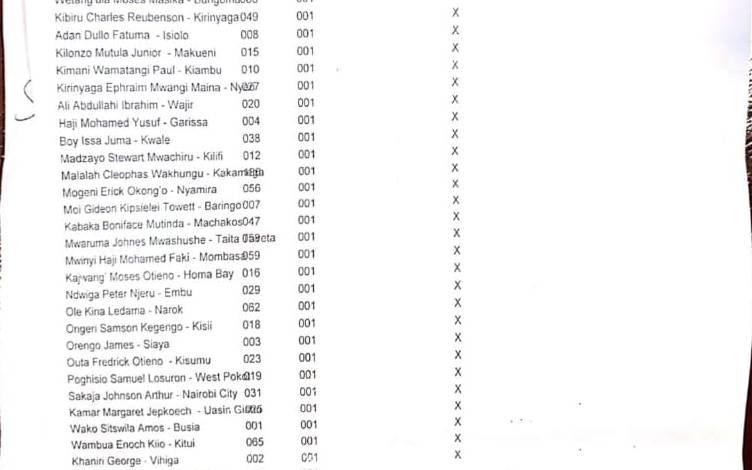 The Senators who did not vote are: