Increase funding to critical sectors to stimulate growth of the economy

The government is once again pumping more than Sh300 billion into infrastructure. This is critical as Kenya needs better roads, rail, and energy infrastructure for affordable electricity. However, the impact for some of the big-ticket infrastructural projects such as energy, roads and rail may not be immediate.

On Thursday, Treasury Cabinet Secretary Henry Rotich announced that the government plans to spend Sh180.9 billion for ongoing roads construction projects as well as their rehabilitation and maintenance.

Though important, it appears, the policy pundits at the Treasury may have ignored sectors that affect the masses and have a trickle down on the economy. Some sectors such as agriculture and healthcare are heavily underfunded.

Agriculture, which directly accounts for about a third of the country’s gross domestic product and another 20 per cent from the manufacturing sector which is predominantly agro-processing, is highly underfunded.

Allocations to agriculture is still low, estimated at less than three per cent of the total expenditure, which still falls short of the country’s promise made in the Maputo Declaration to spend at least 10 per cent of the budget on the sector. The sector also employs 70 per cent of the population and around 60 per cent of the SMEs are in agro-related businesses.

It, therefore, follows that to boost demand in the entire economy, the easiest way is to grow the income of the factors of production in this sector. This way, you will have a ripple increase in demand in other sectors.

A non-governmental organisation, The Route to Food Initiative, says the government spending on agriculture and food security remains inadequate, poorly targeted, and cannot lead to the realisation of the right to food for majority of Kenyans as enshrined in the Constitution.

Kenya’s position as a major producer of cash crops such as coffee, sugar and cotton has been waning over the years. There is need to address food security through what experts have termed as a policy focus on large-scale production through irrigation.

A recent National Treasury document for the period ending April 30 showed that absorption in the State departments offering critical services including food production are among the laggards in spending, which partly explains why the huge national budget does not trickle down.

Billions of shillings allocated in development budgets remain idle rather than being deployed to areas with the highest impact to the ordinary mwananchi. In contrast, it is the infrastructural projects such as energy, roads and rail that recorded bigger absorption of budgets.

We need to deal with the perennial issue of food shortage that plagues the country. The country is dependent on rain-fed agriculture and is vulnerable to drought. This year, the country only started receiving better rains in late April, meaning production may be subdued.

Irrigation may be the solution, but we need to deal with graft issues around some of the projects such as Galana-Kulalu project.

Another area that has helped developed rural areas is devolution of resources. While several counties have been accused of misappropriating their allocations through hefty perks for county officials and in some cases embezzlement, the gains from devolution over the past six years so far outweigh the cons.

This year, Treasury has set aside Sh371 billion to be distributed among the 47 counties. The National Assembly and Senate are still in negotiations on division of revenue.

It is also encouraging that the government has decided to roll the various affirmative action funds including Uwezo, Youth Enterprise and Women Enterprise Development funds under the Biashara Kenya fund. This will centralise their overlapping functions - reducing administrative costs and potentially improving disbursement.

There is, however, a need to clearly spell out prospective beneficiaries of the fund as well as a properly structured process for applying and servicing loan process that is less bureaucratic than has been experienced before. 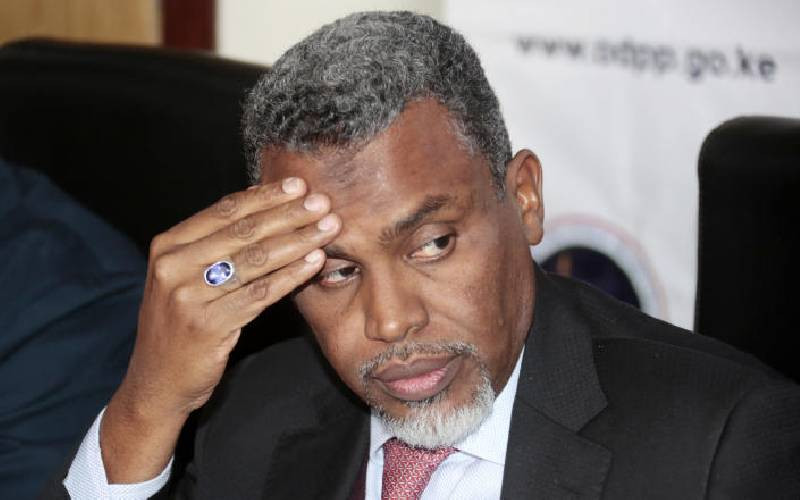