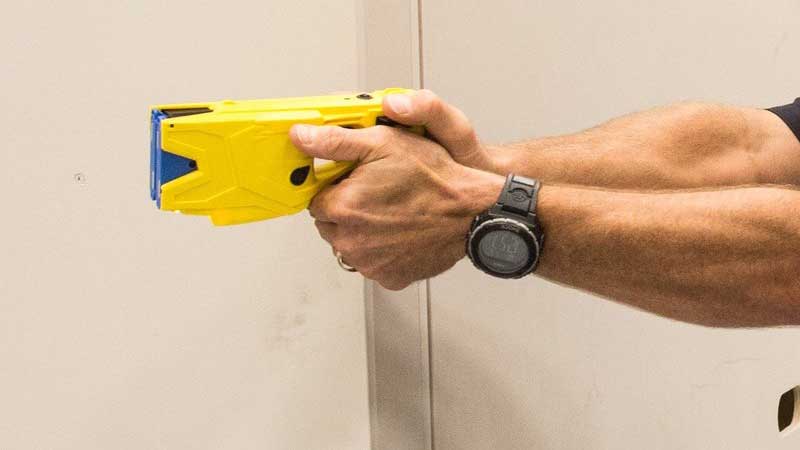 A US police chief has defended the use of a Taser on an 87-year-old grandmother cutting dandelions near her home in the southern state of Georgia. The incident occurred last Friday when a youth club worker called 911 after spotting Martha Al-Bishara, who does not speak English, using a knife to cut dandelions in the club's grounds near her home. Responding to the scene, police in Chatsworth, around 85 miles (135 kilometers) north of Atlanta, stunned her with a Taser and handcuffed her after she failed to follow instructions to drop the knife.  "It was the lowest use of force we could have used to simply stop that threat at the time," Chatsworth police chief Josh Etheridge told local media. But Al-Bishara's granddaughter, Martha Douhne, told NBC that "she thought she got shot." "We have never really told her about stun guns or Tasers, and so she doesn't know what that is," she said, adding her grandmother is having trouble sleeping and is afraid to go outside. Etheridge insisted the octogenarian had posed a potential threat that justified the use of the Taser. "An 87-year-old woman with a knife still has the ability to hurt an officer," Etheridge said. "We began trying to communicate with her, telling her of course to drop the knife ... We didn't know if she just didn't understand us or was having some type of issue." The officer "used the Taser, he deployed the Taser rather than using deadly force to stop the situation," he said. Etheridge added the force would continue to review the situation, and the officer in question remains on duty.