Contradictory statements by Cabinet secretaries about tests on sugar seized from traders has exposed the confusion in Government, and turned the spotlight on top officials.

What exactly do they know about the controversial imports?

Industrialisation CS Adan Mohammed, in whose docket falls the Kenya Bureau of Standards (Kebs), yesterday said no traces of mercury had been found on the sugar, contradicting an earlier statement by Interior CS Fred Matiang’i.

In the National Assembly, Majority Leader Aden Duale named 100 companies he claimed were behind the importation of brown sugar worth Sh39.2 billion alleged to contain toxins, as he also turned the heat on Treasury CS Henry Rotich and Phillip Kameru, the National Intelligence Service (NIS) boss.

By virtue of their positions in Government, and their contacts in the intelligence community, the CSs, security chiefs and top parastatal bosses under whose dockets sugar imports fall, should know what is ailing the country.

Adan, Matiang’i, Duale and Rotich - whose ministry authorises the import quotas, Mwangi Kiunjuri (Agriculture), Kameru and police chief Joseph Boinnet are among those in positions of knowledge.

Parliament has tasked two departmental committees – the Trade, industry and Cooperatives Committee and the Agriculture Committee – to probe how the illegal sugar found its ways in stores in the country.

Yesterday, the National Assembly’s Agriculture committee said it had summoned Kiunjuri, Adan, Rotich and Matiang’i on Monday over the sugar saga.

Committee chairperson Adan Ali said they believe the CSs have information that will be useful to the House team investigating the source of the contraband sugar.

Among the persons of interest the House team has invited include the owner of Rai Group of companies, Jaswinder Rai.

Adan, who appeared before the Trade and Industry Committee yesterday to give the ministry’s input into proposed amendments to the anti-counterfeit laws, dismissed claims by Matiang’i that the sugar impounded contained mercury.

“The CS told us that tests done by Kebs had not found the sugar to contain mercury. We want to put that to the test when we invite all these agencies to appear for the probe that kicks off tomorrow (today),” said Trade Committee chairman Kanini Kega.

Last week, Matiangi had said: “Leave alone the dangers to the health of our people, when you see the report that has come from chemical analysis, some of what we are selling around and mixing as sugar has got high contents of mercury; has got high contents of copper. No wonder you have got the cases we have around the country whether they are related to cancer or what have you. We have just been selling poison.”

The question on how the companies were granted the rights to do the importation has placed the focus on Rotich, who has come under attack in Parliament to disclose how he ended up with the list of companies that he granted waivers to bring in sugar.

Yesterday, Duale said Rotich acted in violation of Article 210 of the Constitution, which requires that before such waivers are granted, he seeks the approval of Parliament. “CS Rotich should have first come here to seek the approval of the House for the waivers. As he discloses who he gazetted to bring in the sugar, he needs to also tell us on whose authority he granted the waivers because the Constitution is very clear,” said Duale.

The Garissa Township MP, whose family has been adversely mentioned in social media as among those responsible for the contraband commodity, has denied the claims and instead appeared to blame Treasury and other agencies in government for the sugar.

Questions are being asked how such huge consignments of the reported toxic commodity could have escaped thorough tests and allowed to leave the Kenya Ports Authority (KPA).

If indeed the sugar is contaminated, KPA under the Transport docket headed by James Macharia will also be a point of interest, with questions being asked as to how the commodity was cleared from their warehouses in Mombasa.

Duale alleged in Parliament that one of the companies responsible for bringing in about one million tonnes of sugar brought the commodity unpacked.

“The sugar is said to have been shipped in like sand. It was just emptied into the warehouse from the ship from where it was packaged,” Duale said.

Roping in Kameru, the National Intelligence Service (NIS) boss, as a person of interest in the saga, Duale wondered how the spies based at the port did not blow the whistle on the possible danger posed by the cargo.

Legislators said they expected the two House committees to dig deep into the matter and unearth the truth, even as Speaker Justin Muturi directed that the probe must be conducted in public to avoid any suspicion and for the process to be seen as overboard.

“This matter is monumental. It is the kind of matter that would have necessitated the setting up of a select committee, but that would call for a motion to be brought here setting up the membership of that committee. The matter before us cannot wait for such a process,” said Muturi.

Duale and his minority counterpart John Mbadi fought off numerous requests by MPs for the House to form a select committee. Mbadi cautioned about the committee members being compromised, saying the House leadership will be following the process keenly.

“These are barons. The people behind these companies are the rich of the rich. I hope our colleagues in these committees will not be compromised. They must not hold any of their sittings in camera,” said Mbadi. 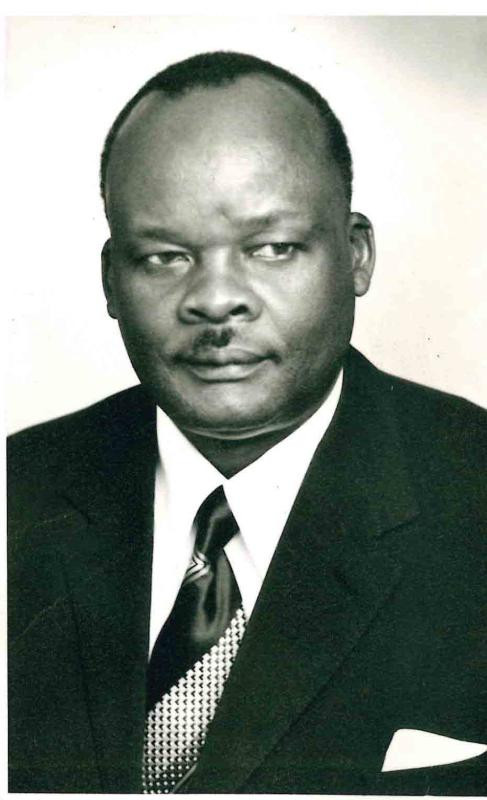 Premium The man behind Ayany Estate
Did You Know
By The Nairobian Reporter
11 mins ago
Honda Vezel: Why is it so expensive?
Motoring
By Mate Tongola
27 mins ago
Premium When Githunguri refused to change curtains for Jomo
National
By Amos Kareithi
1 hr ago
Premium Stanley Githunguri: The life and times of Kiambu robber baron, mafia and billionaire
National
By Amos Kareithi
1 hr ago
.

By Mate Tongola 27 mins ago
Honda Vezel: Why is it so expensive?
.