By Faith Karanja | 5yrs ago

Federal Bureau of Investigation (FBI) agents accompanied Kenyan detectives to assess the scene where a lawyer and his two associates were killed.

Abel Onyapidi, a crime scene officer, also told the court on Monday that he identified and took pictures of the bodies of lawyer Willie Kimani, Joseph Muiruri and Josphat Mwenda at the mortuary on July 4 last year.

The following day, investigation officers from the Homicide Unit took him to an open field in Syokimau, which was considered to be the murder scene.

"I also took the photos of one of the suspects' houses in Mlolongo for documentation of exhibits recovered as the officers conducted their investigations," he testified.

The three bodies were recovered from Ol Donyo Sabuk River two days earlier and identified as those of the missing occupants of the car (Reg No. KBX 126C) he had documented in Tigoni earlier.

"On Monday, July 4, 2016, I was called by the investigation officers from the homicide team who told me to accompany them to Kenyatta National Hospital and help them document an autopsy on three bodies," said Onyapidi.

"At the morgue, I documented the autopsy on all three bodies of male adults, namely Willie Kimani, Josphat Mwenda and Joseph Muiruri.

Mr Muiruri was the taxi driver of the car that the lawyer had hired take him to and from the court in Mlolongo.

He added that two other vehicles had been detained at Mlolongo Police Station, one belonging to the suspect and the other to the police, which he also documented.

The officer produced a summary of 150 photographs he took of various scenes of crime on different dates and places, from Tigoni to the DCI headquarters.

Premium How Kenya can get its syllabus back on track, avoid CBC hitches
Education
By Elisheba Kiru and Brenda Wawire
32 secs ago
We need to be serious with public safety, law and order
Houghton Irungu
By Irungu Houghton
21 mins ago
Report alleges use of Uyghur Forced Labor in global auto supply chain
Asia
By VOA
59 mins ago
Day schooling makes parents feel connected to their children's education
Education
By Wilson Sossion
1 hr ago
.

By Elisheba Kiru and Brenda Wawire 32 secs ago
Premium How Kenya can get its syllabus back on track, avoid CBC hitches

By Irungu Houghton 21 mins ago
We need to be serious with public safety, law and order 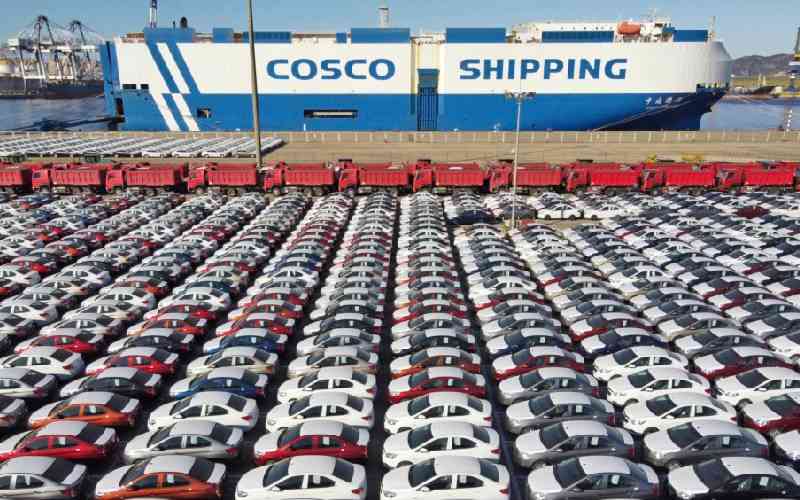 By VOA 59 mins ago
Report alleges use of Uyghur Forced Labor in global auto supply chain
.