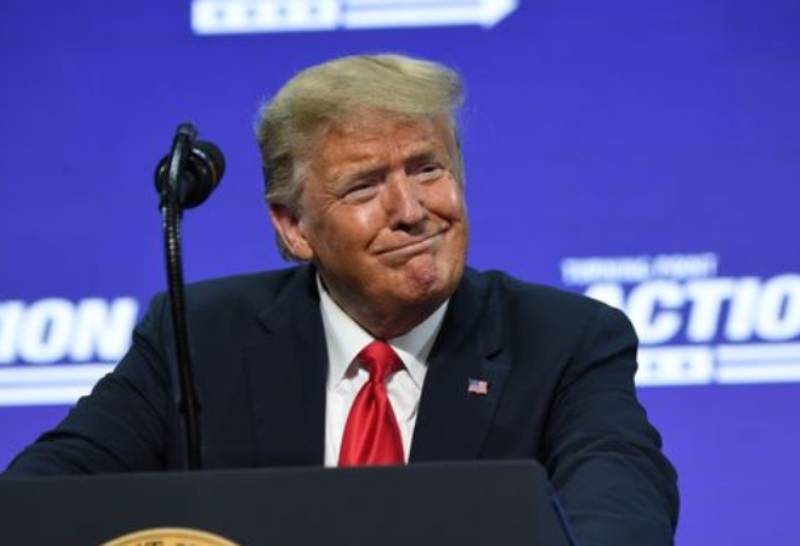 He was speaking during his campaign rally inside a church in Phoenix, Arizona, on Tuesday, despite not wearing a mask.

More than 120,000 Americans have died from the outbreak, which he has also labelled the 'China virus'.

Chinese officials are angry at the use of the term but their protests have fallen on deaf ears.

Addressing thousands of cheering supporters, he yelled: "I said the other night, there's never been anything where they have so many names.

"It's got all different names. Wuhan. Wuhan is catching on. Coronavirus, right? Kung flu?"

Trump went on: "Some people call it the Chinese flu. The China flu, right?

"They call it the China, as opposed to China. The China. I've never seen anything like it. But here's the story, we are going to be stronger than ever before, and it's going to be soon."

White House press secretary Kayleigh McEnany defended his use of the term.

"The president does not believe that it is offensive to note that this virus came from China," she said.

Trump says he asked officials to conduct fewer coronavirus tests to reduce the number of confirmed cases in the US.

The President made the staggering statement at a re-election rally in Tulsa, Oklahoma on Saturday night.

He called testing a "double-edged sword" that leads to more cases being discovered.

In his speech, he blamed the country's soaring number of Covid-19 cases on the fact 25 million people have been tested for the virus.

A White House official has since said Trump was joking.

Eric Trump must testify in New York probe before the election, judge rules

Eric Trump must testify in New York probe before the election, judge rules