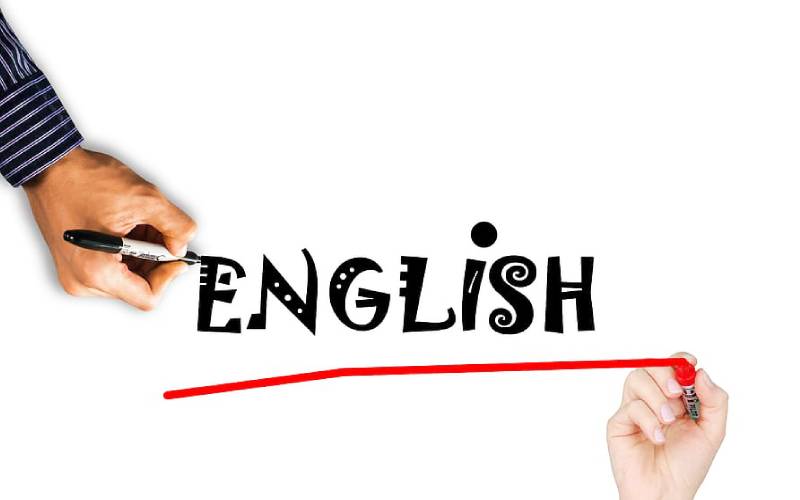 Ironically, while trying to enthusiastically correct Kenya’s collective mainstream media, the Media Observer makes more grammatical errors in a single issue than the media does in a month. However, we must give the devil his due. Many are times the Media Observer’s grammarians have pointed out embarrassing mistakes made by those whose stoke-in-trade is dissemination of news in impeccable English language.

Last week’s column highlighted an issue the Observer chose to critique, more for want of doing something than for correcting a grammatical or factual error. Building on that, I have randomly culled a few sentences from the same week’s issue for our discussion today.

“Moral depravity, again for those that English is not their strong point, simply means someone with crooked mannerism”. No doubt, this is a direct translation from a lingua franca not in tune with rules that govern the English language. Irrespective of whether the word ‘that’ has been used as a pronoun, determiner, adverb or conjunction, it stands out like a sore thumb in the construction. In the quoted sentence, reference is to people. In such instance, the appropriate word is ‘whom’; “those to whom’ or ‘to whom’.

‘Strong points’, used to denote strengths, are not specific to individuals. They are general attributes that can, or are shared. It is therefore bad form to write; ‘for those that English is not their strong point’ because the sentence appears within a longer sentence as a subordinate clause.

Man United-Liverpool kick off delayed as fans protest against Glazers

Americans can smell the money in European football

Yet if it were to be classified as reportage, a factual statement or an independent clause, to write “English is not their strong point’ is grammatical. However, in the context used, the writer should have used determiner ‘a’: “Moral depravity, those to whom English is not a strong point, simply means …..”

When the writer proceeds to define moral depravity as ‘crooked mannerism’, it becomes clear that value accrues from investing in a good English language dictionary. ‘Crooked’ and ‘mannerism’ don’t mix. ‘Crookedness’, going by its dictionary definitions, attaches to that which is tangible, physical. Anything crooked is either bent, twisted or illegal. Mannerisms are neither physical, twistable nor illegal; they are habits seen in how people walk, talk or generally behave.

The word ‘that’, which as earlier indicated serves different purposes depending on whether it functions as a pronoun, determiner, adverb or conjunction, is mostly used to identify a specific person or thing, or to show degree of comparison (it was so hot that the tar melted). As a conjunction, ‘that’ heralds a subordinate clause, for example; “Nairobians say that the national government is not the solution to their myriad problems “.

The Media Observer’s contention: “The Standard too did not have much love lost for Sonko” failed to recognise that idiomatic expressions are of a static nature; they have largely remained unchanged over time. Any attempt to rewrite them now is misinformed. The standard idiom where hate exists between parties is: ‘No love lost’. Thus, the critic should have written; “There is no love lost between The Standard and Sonko”.

On Sonko, the Observer wrote: “Sonko may be facing charges in court but he has not been found guilty as yet”. This is unnecessarily wordy and misleading. ‘Sonko has been charged in court”. To add, “is yet to be found guilty” presupposes he must be found guilty.

Ambiguity is amplified in the sentence: “Never before has the Kenyan media celebrated the fall of a man like it did for Governor Gideon Mbuvi Sonko’. While the Observer intended to say that the Kenyan media celebrated Sonko’s fall, it ended up stating that the celebration by the media was on behalf of Sonko after an unspecified person fell. The culprit in this sentence is the preposition ‘for’.  More ambiguity is captured in the sentence; “Someone was really pissed off with the Sonko fellow at the twin towers”. Is it Sonko who was at the twin towers or those pissed off with Sonko?

For the Media Observer’s benefit, it is not possible to ‘meet oxymorons’; you come upon them in texts. ‘Meet’ entails an element of movement.

MIND YOUR LANGAUGE 20th November 2015 The Art of Spoken English. Learn and Laugh

Coronavirus misinformation exist both on the fringes of the internet and in more mainstream outlets.