Beware of that career landmine question 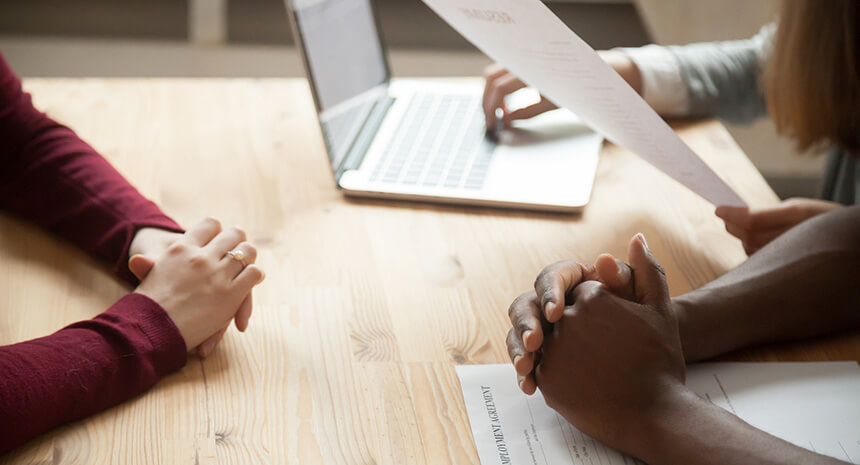 The most dreaded question during job interviews is a game-changer depending on your response. Your response will either leave you excited or disappointed and most candidates describe it as a landmine question.

And it is usually; why did you leave your previous job?

Here is where you make the blunder as a job seeker. Kate Vobic, a media personality who advertises in a business-oriented magazine in Nakuru, stated that an interviewee “gave a breakdown of a bad relationship with his former manager and a bit of anecdotal history of what happened to culminate to his resignation," she says.

According to her, the potential recruit had his CV right and did well in the interview until the landmine question popped up, and he let his resentment of his former boss show.

"That is where he failed spectacularly. The panel wanted to know if he could do likewise in the organization were he to be hired, and his relationship with the boss and coworkers head south," she says. Of interest was that the interviewee had listed the former manager as one of his referees. It was up to the panel to call and ask a bit about this potential employee – which they did later only to discover he couldn’t get along with the manager over personal issues”

History has shown that behaviour breeds behaviour and it is bad to tell on your former employer or supervisor to your prospective one as the latter will wonder if you leave the organization on whatever terms, if you’ll go telling any other future employers about your former ones.

She says the misconception is that the candidate hopes to sway the panel to hire him/her on compassionate grounds by telling it about the former employer. "It doesn't work that way!" she insists.

When Njoroge Ng'ang'a, a media personality who has hosted breakfast shows with different media stations, is asked the same question, he knows how to navigate around it well.

"Usually, when I leave one organization, it's not about job dissatisfaction but to take new challenges elsewhere. I usually leave on good terms with the employer as I may need their referral or recall me back in the future. If the hiring organizations ask why I left, the answer is always I left the position so flesh blood would take over and grow in their career," he says.

He runs a media business in Nakuru where potential hires seeking work have given some of the reasons, among others, as to why they left employment was because they were dissatisfied with the terms of the pay or had supervisors whom they considered bad managers.

"Usually, these potential hires end up underselling their worth as the terms of pay where they're seeking employment may be different than what they were enjoying under their former employer,” he says.

To this end, he counsels that it's better to know what the potential employer is paying those in similar job positions to the one you're applying for. This can be done through networking with insiders in the organization or researching to avoid embarrassing themselves. "It's better not to reveal how it was with your former employer. If you disclose the secrets of others, do you think your potential employer can trust you?" he poses.?

It could be a busy summer of international soccer in the United States this summer, with a report out of South America that the...

By Dominic Omondi and Graham Kajilwa | 16 days ago

Inside the billion-shilling enterprise of selling the Gospel
;
Feedback