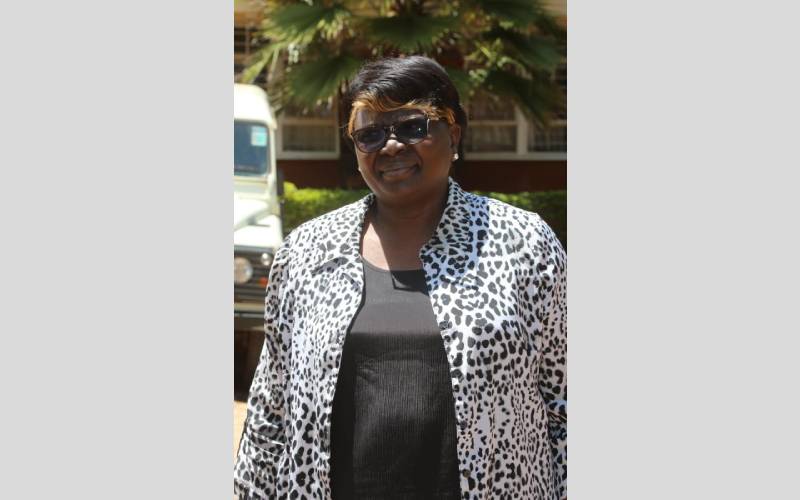 Pauline's husband, Tom Dola, first occupied the property while working as an employee with LBDA.

The court heard that Mr Dola, who has since died, later transferred the property to himself and his family.

According to court records, Dola occupied the property from 1993 while serving as a fisheries officer. He was staying with his family at the property.

Court records indicate that in 1996, Dola's wife applied to the Commissioner of Lands to have the property allotted to her. This despite the fact that the property had already been transferred to LBDA.

The records indicate that the property was allotted to Mrs Dola in 2002 with two other people listed as tenants with equal shares.

In the same year, the property was transferred under the names of Mrs Dola, her husband and their young son.

The court heard that Dola was fired by LBDA afterwards because of the fraudulent deal.

The authority lodged a complaint with the National Land Commission (NLC) in 2016 to protest the acquisition of the property by the Dola family.

Dola appeared before the commission but lost the fight for the property.

The commission then directed the Lands registrar to revoke Dola's title deed and revert the property's ownership to LBDA.

The family then lodged a suit at the Lands and Environment court arguing that the decision by NLC was illegal.

The family filed an appeal claiming the trial court erred in dismissing their application, maintaining that the property belonged to it.

The family claimed that both Mrs Dola and her son were not given a chance to be heard although they were joint owners of the property.

They also argued that Dola was never given a chance to be heard.

In its defence, the NLC said the suit property belonged to LBDA and urged the court to dismiss the appeal.

The commission claimed that the title deed for the property was fraudulently obtained.

In their judgement, Court of Appeal Judges William Ouko, Asike Makhandia and Kathurima Minoti faulted the Dola family for illegally acquiring the property.

“Mrs Dola occupied the suit property as her husband’s official residence, courtesy of his employment with LBDA. It is plainly clear that she applied for allocation of the suit property well aware that it belonged to LBDA,” ruled the bench.

The judges ruled that before Mrs Dola was allotted the parcel in 2002, she had already entered into an agreement with two other tenants that she would occupy the part of the property that had been developed.

The judges ruled that Dola was accorded a chance to be heard and maintained that the trial judge did not err in reaching a decision that the property belonged to LBDA.

The appellate court declared that the property located in Kisumu belonged to the public and declared that Dola was an active participant in an illegal transfer.

“For all the foregoing reasons, we have come to the conclusion that this appeal is totally bereft of merit. The same is dismissed in  its  entirety with costs to the  commission, its chairman, and LBDA,” read the verdict.

12 countries verified by IEBC for diaspora voting
World
By David Njaaga
41 mins ago
IEBC approves use of manual registers in parts of Kakamega, Makueni counties
National
By Stephanie Wangari
44 mins ago
Premium From early days in Kanu, William Ruto always fixed his eye on the prize
Politics
By Biketi Kikechi
53 mins ago
Premium David Mwaure: Seasoned lawyer, church leader who believes he fits the bill
Politics
By Ndung’u Gachane
53 mins ago
.

By Brian Kisanji, Juliet Omelo, Jackline Inyanji 1 day ago
Premium Where top Western leaders are expected to vote on August 9