A senior official of a county government in Western Kenya is on his way to earning the tag of a top online goon of the administration, if his posts on social media are anything to go with.

The county executive, uses Facebook and the numerous WhatsApp group he belongs to take head-on all critics of his boss.

In lengthy updates, the individual praises the development record of the first time governor.

Occasionally, the top officer has no qualms’ spicing’ up his posts aimed at critics of the leadership he belongs to with unsavory language, a matter that has alarmed many people.

Professionals from the county are now worried that the executive may spoil the chances of his boss to be re-elected if he continues ranting.

Sakaja: I will be on the ballot
Sakaja vowed to remain unshaken in his quest to pursue the Nairobi governorship bid in the August 9 polls.
Nairobi
By David Njaaga
1 day ago

Court allows IEBC to gazette Cleophas Malala to vie for governor
Court says the petition by two voters questioning the senator's academic papers and seeking to have him disqualified from the race will continue on the sidelines of his gazettement.
Western
By Robert Amalemba
4 days ago 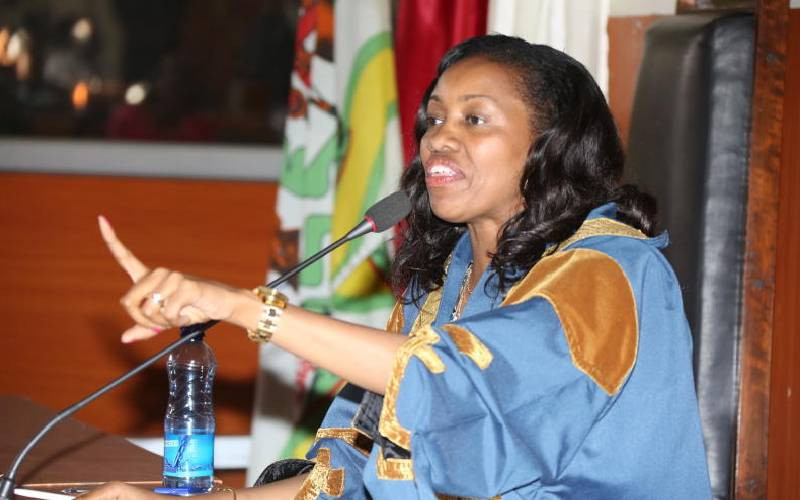 Premium Excuse me Madam Susan, they want know how Kenyan you are to contest governor seat
Having a thick accent, of any of the country's ethnicities, isn't, either. All doubters are hereby referred to Susan Kihika, Senator of Nakuru County, home of Kenya's newest city.
Politics
By Brian Otieno
6 days ago
.

By Mike Kihaki 3 1 hour ago
Sale of animal parts recipe for another pandemic, Vets warn

By Nicole Nduati 3 2 hours ago
What are kidney stones?