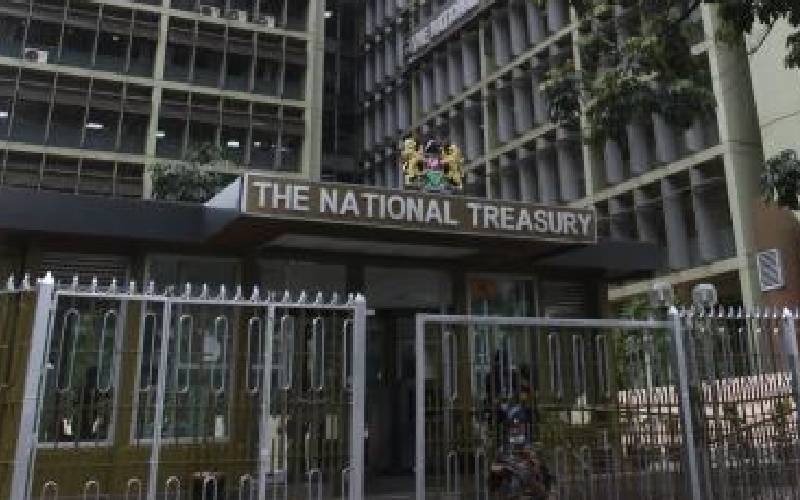 Kenya will save up to Sh55 billion after China agreed to the request for a debt-repayment holiday in the six-month period to June.

“(We) had positive feedback on the matter,” said Yatani in a text message when asked about the debt repayment holiday.

He added: “Now dealing with procedural issues having obtained the nod.” The CS did not reveal the amount of money Kenya would save through the debt service suspension initiative.

However, a monthly debt service payments schedule captured in the World Bank Debtor Reporting System showed that Kenya was to pay close to Sh55 billion by end of June.

It is a big win for the cash-strapped Treasury which has fallen behind in disbursement of funds to counties as revenues dwindle following the adverse effects of Covid-19 pandemic.

Funds saved from the Chinese debt-repayment holiday adds to the Sh32.9 billion that the Treasury received earlier from the one offered by 10 Paris Club countries, with freed up cash expected to be used to address effects of the pandemic on the economy.

China is Kenya’s largest bilateral lender having extended to the country about Sh736 billion by September last year.

By end of this year, Kenya was expected to repay close to Sh116.8 billion to China, with a big chunk of the repayment being in principle.

Principle payments are estimated at Sh75.9 billion and interest at Sh41 billion.

This year will see the country begin to repay the Sh162 billion loans for the Naivasha-Nairobi Standard Gauge Railway (SGR), which was to fall on January 21. This loan was to be repaid in 30 equal installments ending July 21, 2035.

With fresh repayment of the Nairobi-Naivasha SGR loan, the amount due to China in January was estimated at Sh28.5 billion, according to the World Bank. Kenya is also scheduled to repay Sh35.8 billion in July, part of which will be the first repayment to China for the first phase of the SGR to Mombasa, where the country borrowed Sh176 billion.

Other than the two phases for the SGR, other major Chinese-funded projects whose loans are already being repaid include the Nairobi Southern, Eastern and Northern bypasses, and the Nairobi-Thika Highway.

On Friday, Chinese Embassy to Kenya sent a statement to media houses saying that China was ready to offer debt-repayment to countries worst hit by Covid-19.

“China attaches great importance to debt-suspension and alleviation in African countries including Kenya and is committed to fully implementing the G20 Debt Service Suspension Initiative (DSSI),” read part of the statement.

China has suspended more debt service than any other G20 members. “The China International Development Cooperation Agency and the Export-Import Bank of China have implemented all eligible debt suspension requests of the developing nations,” said the Embassy in a statement.

“We stand ready to strengthen coordination with Kenya and assist Kenya in its efforts to address debt challenges. Both sides are now keeping efficient communication through smooth channel,” read the statement

Some of the interest-free loans that might be waived include Sh850 million for economic and technical cooperation repayable in 10 equal installments and starting April 21.

Another one is the Sh11.2 billion loan for electricity upgrade.