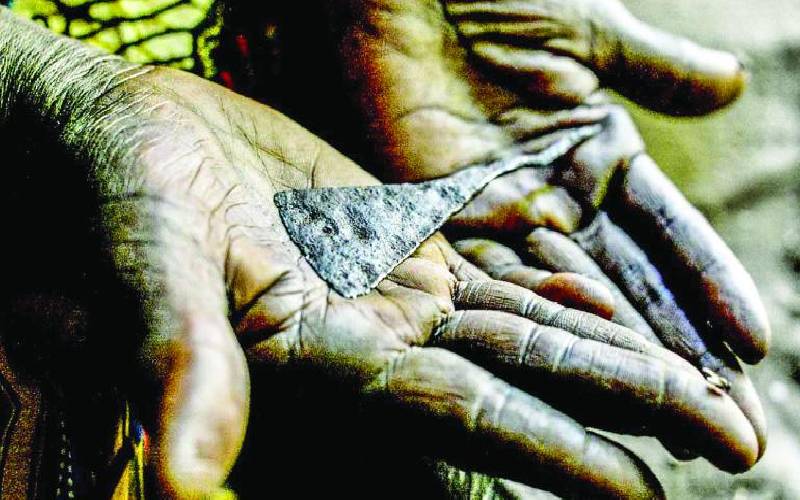 When outspoken cleric, Reverend Timothy Njoya, said ‘a woman’s clitoris should be where God put it’, he made it clear that female genital mutilation is an outdated practice that belongs in the dustbin of history.

It is, therefore, surprising that the practice is secretly creeping back to Central Kenya under the guise of “cultural revival” well over half a century after independence — a matter that has raised concern at the highest levels of Kenya’s Catholic Church and elicited a sharp rebuke from John Cardinal Njue, Archbishop of Nairobi.

According to our investigations, a section of the Agikuyu Community have been on a secret quest to regain their cultural heritage, with the formation of groups that advocate of the cultural teachings in lifestyle and ritual in the past decade.  These groups are known ‘mburi cia kiama’, (goats of the wazee)

For the most part, their focus has been on mentorship of the besieged boy-child by taking over the male rites of passage.

These activities largely shunned women interference and excluded them from the traditional rites and rituals, inadvertently pushing them (women) to seek their own cultural roots. Their quest for cultural redemption, unfortunately and ironically, seems to have fallen on the very root of female sexual identity — the clitoris.

In Kiambu, Murang’a, and Nyeri Counties, radical culturalists are calling for the circumcision of women to repay what they call “a debt to their grandmothers (Thiiri wa cucu)” and in the last three months, what was spoken in hushed tones is becoming a reality for women in the region.

In September, controversial blogger Edgar Obare posted stories on his social media pages detailing anonymous complaints from women from central Kenya claiming to have witnessed and or had been coerced to undergo the cut.

“I have relatives who I thought have joined Thai which is a kikuyu movement, and they got circumcised, because they believe a woman has to be cut… a grown woman with kids getting circumcised, beats logic,” the post read.

Another commentator on the platform advocated for FGM noting that those who support the practice know what it means.

“I can’t lie. I grew up knowing it was wrong, but came to understand its importance in my life. So let no one throw stones at those ones who are okay with it…”

But for Njeri wa  Migwi who has been an advocate against gender based violence (GBV) through her organisation ‘Usikimye’ in Kiambu County, the reality can no longer be hushed.

Migwi, who runs a women’s shelter for survivors of GBV, condemned the practice on her social media sites with harrowing stories of an increasing number of women seeking shelter to escape the practice following pressure by relatives.

“FGM is now kùhetùrwo or thiìrì wa cùcù.  Ati it has been linked to many female diseases such as fibroids, yeast infection, infertility, getting kids via caesarean section, etc... if you are not cut. Ati women not cut are cursed by ancestors in their lineage or if like one of their gone relatives had said that girls should be cut, so they get all sorts of problems if they don’t get cut.

“Most of these traditional places are getting an income from the practice. Because women have really bought it. One cut costs you Sh5,000 and then a goat to delete the curse at say Sh7,000,”she wrote.

According to Migwi, many women who are unwilling to undergo FGM are targeted when they give birth.

“In the community it is customary that after a woman gives birth, older relatives, usually a mother-in-law or aunt is supposed to look after the new mother (Kuhuhiria Mwana) which is to feed and tend to her well-being. Unfortunately, some take advantage and perform the rite,” Migwi explained.

Earlier this year, the Catholic Archbishop of Nairobi, John Cardinal Njue, cautioned Parishioners against joining the cultural groups which teach retrogressive practices such as FGM.

In his letter read out on March 8 in all the Catholic parishes after Sunday Mass, Cardinal Njue referenced two groups, which he identified as “Gwata Ndai” and “another group whose name is still unknown and has similar characteristics to Gwata Ndai group.”

Gwata Ndai (Solve a riddle) Cultural Association operates in Kiambu county and is spreading to neighbouring counties such as Murang’a county where another group known as mihiriga kenda muiyuru’ (The Gikuyu clans are nine, nine in full)

The letter was the final report from a committee formed by Njue to investigate the groups which are believed to be operational in some areas of the 114-parish Archdiocese of Nairobi,

“Teachings of these cult-like groups, the investigative team established, “include some retrogressive practices such as female circumcision, male chauvinism and subjugation of women,” Njue warned.

Becky Kabaiko an advocate against Gender Based Violence working in Nyandarua County said the prevalence of FGM among locals is alarming with most of them facing violence and hostility if they refuse to comply.

“I have had to rescue women in their 50s who are married to a man who demands they must undergo FGM failure to which they are beaten into submission,” she stated.

Kabaiko said the practice was carried out by a handful of women within the County while the younger girls are sent to their grandmothers in Murang’a County to undergo the rite. Once a woman undergoes the cut, their husband pays bride price again because she is now a ‘real woman’, she added.

But married women are not the only ones being pressured to get the cut. Unmarried single women are also being advised to undergo the cut so they can secure a husband.

The narrative goes, ‘If you are not getting married, it is because your ancestors are not happy with you being uncut. You need to pay your grandmothers debt with blood.”

Nyeri businessman Wambugu Nyamu says he supports a woman’s right to do what she wants with her body and that as an adult, she has a choice to undergo the rite.

“Women get tattoos and piercings in those body parts and nobody raises an eyebrow. If an adult of sound mind chooses to do this for their own reasons, they should be left alone,” he noted.

However, what he vehemently condemned was using Kikuyu Culture as an excuse to undergo this procedure.

“It is not in accordance with Kikuyu beliefs to wake up ancestors and pay their debts. Our culture has never entertained spirits that disturb the living. Those are no longer ancestors, but demons,” Nyamu said.

His sentiments were supported by National vice chairman of the Kikuyu Council of Elders David Muthoga who argued that cultural groups should only carry forward practices that have meaning in society.

“FGM is an outdated practice that has no place in modern society, and anyone using culture as an excuse to carry out this rite should be condemned.

“Let us not go backwards. It was fashionable then but it longer relevant. People circumcising women in central Kenya should go back to school,” he stated.

Chairlady of the Nyakinyua ya Maa, a women’s cultural group also condemned the practice, saying their focus was mentorship of women on marriage and culture, noting that they discourage women from drinking alcohol, or wearing clothes that expose their thighs and backs.

But Nairobi based historian Leah Kimathi argues that clitoridectomy or circumcision of women in Central Kenya never stopped — it simply never received the same attention as happens in say Kisii, Northern Kenya or Maasai land.

“The Kikuyu have been one of the most culturally debased communities due to colonial disruptions. So cultural revivalism, which goes hand in hand with political consciousness, is very attractive to relatively young people,” says Kimathi.

She adds that other cultural practices such as bride price and polygammy are gaining ground, but circumcision of women is the most controversial.

Milan sign Chelsea defender on loan for rest of season