What is GDP and why does it matter to your small business? 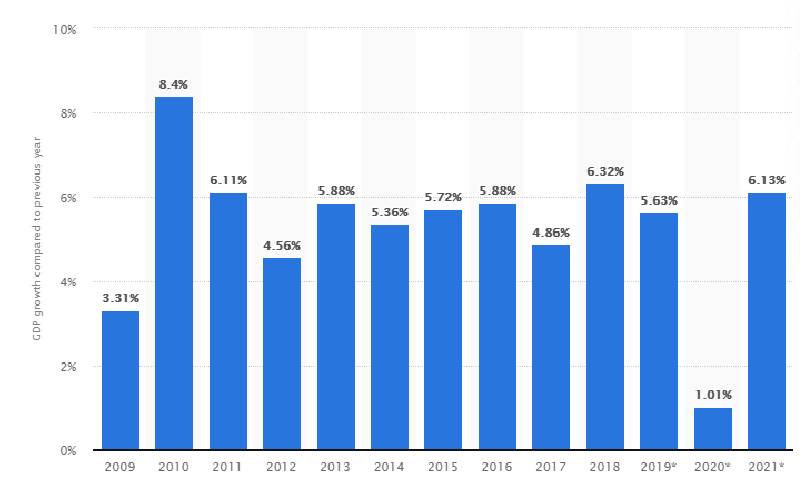 First things first; why should you as an individual, whether in business or employment, care about Kenya’s Gross Domestic Product (GDP)? Well, there are couple of reason why you should.

1. The direction of GDP movement is used as an indicator of the general health of an economy. When it goes up, the economy is doing well. Employment will increase with companies hiring more workers, giving people more money to spend. This then generates more business. When GDP is shrinking, businesses slow down production and expansion, and workers are laid off.

2. It can influence where you invest your money. (See next point)

3.  Investors make appropriate financial investment decisions guided by the GDP. Investors pay attention to the GDP because changes can have a significant impact on the stock market. In general, a bad economy usually means lower earnings for companies. This can translate into lower stock prices.

GDP is a monetary measure of the market value of all the final goods and services produced in a specific time period. A lower GDP means less exchanges occurred in that period compared to a previous period, and thus less business. The circulation of money is what makes the GDP grow, or shrink. And the number shrunk especially when the pandemic hit. Kenya National Bureau of Statistics’ (KNBS) Quarterly Gross Domestic Product Report for the second quarter of 2020 shows that Kenya’s GDP shrunk by 5.7 per cent in the period. This is in sharp contrast to the increase of 5.3 per cent in the same quarter last year, and 6 per cent in 2017.  “In the Covid-19 period, the number of transactions were considerably low because there were no movements of goods and services. Money did not exchange hands as many times,” explains Patrick Wameyo, a founder and lead consultant at Financial Academy and Technologies said.  And movement of people, and goods and services, is key to how businesses perform. Businesses essentially operate for exchange of goods and services, which must be able to reach the stores, and the customers. “The velocity of transaction in the economy depends on the ease of movement otherwise that cheque remains in the same bank,” says Wameyo.

Businesses, especially small and medium entreprises, saw activity come to an unfortunate standstill. Restriction in movement was the last nail in the coffin. “What we call credit creation and GDP are aligned. The more there is speed of movement of money, the more the transaction. The moment there was difficulty in movement imposed by restriction in movement of goods and services, GDP slowed down. There was a very slow exchange of value between entities,” he says.

But there is a ray of light here, the easing of restrictions boosting business. The best of them all the ability of goods and services to move more than before. “What we anticipate is that now that we have gone back to what is near normal, there will be more exchange of goods and services, thus more transactions, translating to higher profits.” This will directly impact business people, and the GDP’s direction will change as activity increases, says Wameyo. “Now those who sold one object can sell four, making four times the profits they made before. We anticipate that the quality of their lives will be better.”

Is it a good time to invest?

Lower GDP should mean lower investments for wary and careful business people in the future. However, the situation at hand is differently. The GDP is expected to do better, which means business people can invest actively and anticipate to make profits.

What can an entrepreneur do in the meantime?

For businesspeople, it is time to hang in there. Even more, time to take business a notch higher. The reopening has seen people dive headlong into what they had been forced out of.

And If anything happens forcing a business slowdown, you should have raked enough profits to see you through the bad spell. Sell when you can.

“If selling beer, sell more but make sure they are being responsible.  Interestingly, people are now patronizing clubs probably more than they did before Covid-19,” observes Wameyo.

For one, a surge of cases of Covid-19, in what looks like an impending second wave, will lead to a return of some of the most stringent restrictions that defined the larger part of the year. It is the discretion of business people that will make it hard for the Government to impose sanctions of them, and especially if it can be seen that they are following rules and regulations that help ease the pangs pf the pandemic. Or that prevent its spread. After all, businesses hurt worst with restrictions.

Also, increasingly careful Kenyans will choose to deal with businesses that prioritise their health over profits.

3.     Identify the market niches necessitated by the pandemic.

So many businesses were driven out of the market due to shrinking profits and maybe accruing overheads. Maybe it is time for business people to look to replace some of these that were outright crucial and which society would not do without.

It is time to catch the interest and imagination of new customers. This is the time for businesses to rebrand. Businesses come out of the “holiday” looking like completely new entities. People come out of it to an entirely new world. Rebrand, lure your customers and make a sale. The competition is bound to be very stiff as people try to make ends meet and look to recoup losses made in the last many months and so every business person needs to put their best foot forward.

I swapped my engineering path for tailoring