It would have been a great season for seaweed farmers in Kwale County had they not abandoned their farms in adherence to social distance protocols following the outbreak of Covid-19 pandemic.

The farmers from Gazi, Mkwiro, Kibuyuni and Funzi villages are now counting losses after the crop was washed away deep into the Indian Ocean.

The report says the lockdown and curfew denied farmers access to the established seed banks to enable them restock their farms in time.

One of the affected farmers, Fatuma Usi, says she did not harvest kernels for the next season after the crop was washed away deep into the ocean by high tide.

“We are helpless and we hope the State will bail us out like it does to other farmers,” said Usi.

She says the repair of seaweed farms was scheduled to start next week. The repairing materials like the polypropylene ropes are sourced from Mombasa.

For a long time, Kibuyuni residents preferred fishing to seaweed farming until fish stocks started dwindling and the seafood market shrunk. The locals also lack modern fishing gear to venture deeper into the sea where there is plenty of fish.

KMFRI first established a model farm in Kibuyuni, a seaside village with a population of 2,500 people before the programme was extended to Mkwiro in Wasini Island that has 1,000 inhabitants.

The agency has since rolled out the project in Funzi that has 1,000 inhabitants and Gazi with 15,000 residents. The programme targets women groups that engage in farming.

Farmers however decry poor prices, seaweed ice-ice diseases, lack of policy to support the venture and lack of State funding.

Farmers are now calling for State intervention to cushion them from effects of Covid-19.

According to a report by KMFRI, more than 90 per cent of the farms in Kibuyuni and Funzi are fallow due to lack of seeds.

“Due to delay to harvest, seaweeds increased weight and sunk to the bottom of the sea and drifted to deep waters that farmers were unable to reach,” states the report.

Alex Kimathi, a researcher at KMFRI, says the farmers practice group-farming hence failed to harvest the crop due to social distancing protocol.

He notes that seaweed farms in Kibuyuni and Tumbe were dilapidated and may not recover soon.

Kimathi says the seaweed seeds supplied to farmers by KMFRI were few and may take longer to propagate to meet the current demand of the farmers.

According to the KMFRI report, farmers’ loss of Sh3,389,400, and Sh961,132 respectively, would have been avoided at Kibuyuni and Tumbe.

Kimathi says the farmers lost seeds, rendering them jobless, a situation that threatens to reverse the gains made in promoting seaweed farming in the region.

“It was double tragedy because the Covid-19 pandemic struck at a time when the farms were hit by height and flash floods from terrestrial surface runoff,” he says.

He adds: “Farmers lost all the seeds that were expected to facilitate stocking of farms from March when water conditions became suitable for seaweed farming.”

Seaweed farmers attribute the low yield in Kwale to perennial infection by the ice-ice disease, lack of market and capital, and unpredictable weather patterns.

They also decry exploitation by brokers from Tanzania.

The farmers say the Tanzanian traders buy a kilogramme of seaweed for between Sh25 and Sh30, which is lower than other countries where it is sold at about Sh60. Kimathi calls for urgent intervention by all stakeholders to save the sector from collapse.

“The impact of Covid-19 on the small-scale seaweed productions was immense. The magnitude of economic loss encountered threatens their livelihood,” he says.

In May KMFRI sent a team of researchers to assess the social and economic impact of Covid-19 and abnormal tidal and flash floods on seaweed farming.

Seaweed farming experiences a cyclic seasonal production decline every year from December to February when air and water temperature is high.

Are we seeing early indicators of a financial crisis?
The writer argues that a strong dollar, war and the coronavirus have all colluded to make developing economies struggle with high inflation and currency shortages.
Opinion
By Odhiambo Ramogi
1 day ago

Current pain is not all due to Ukraine, Covid-19 pandemic
The government has been telling everyone willing to listen that the current economic crisis is due to the war in Ukraine and lingering effects of disruptions to supply chains by the Covid-19 pandemic.
Ken Opalo
By Ken Opalo
2 days ago

Covid-19 infections rise by 559
The Ministry of Health in a statement also said 23,700 vaccines were administered in the last 24 hours.
Health & Science
By David Njaaga
4 days ago

Things look up again for office market after pandemic hit
When Covid struck, most firms operated a hybrid working model but this has changed since the reopening of the economy.
Real Estate
By Francis Ayieko
4 days ago
. 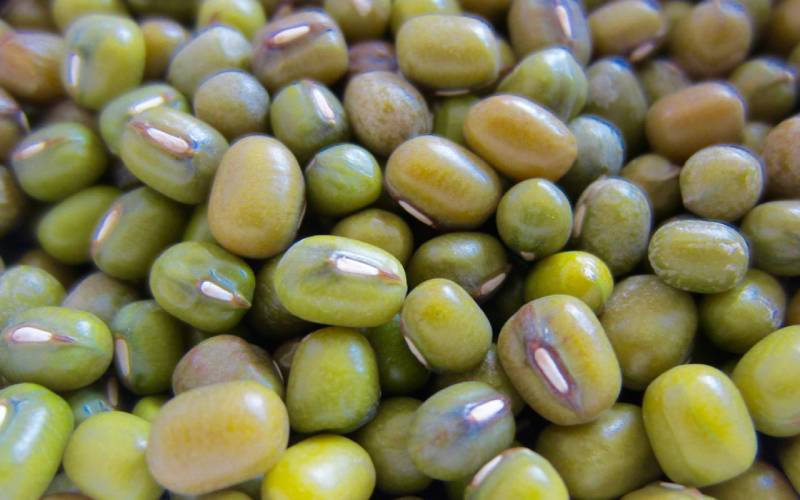 By Surjit Singh Flora 3 2 hours ago
We must do away with myths, sentimental traditions in fight against diabetes